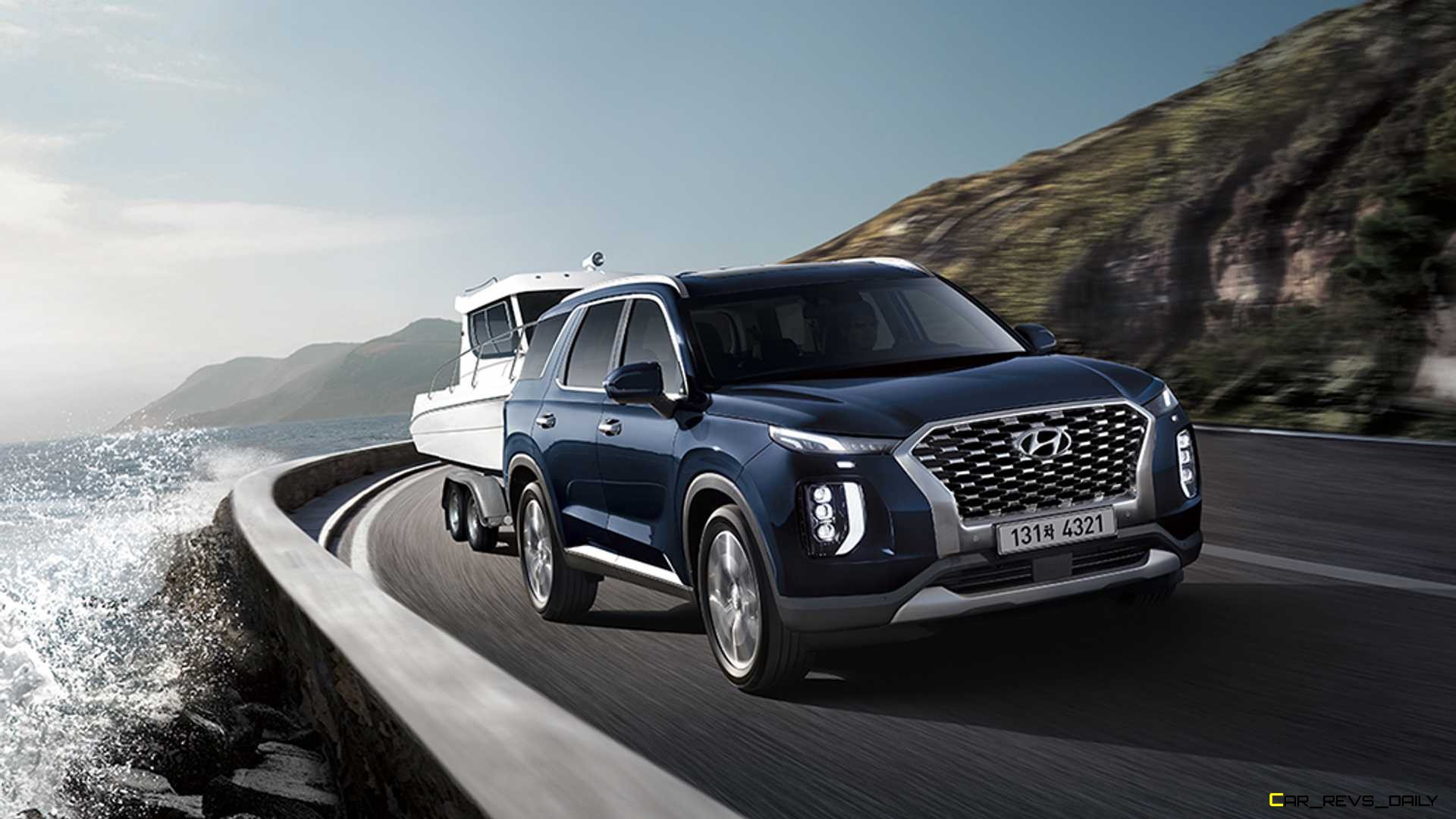 The Hyundai Palisade and its Kia badged cousin the Telluride are currently the two best three-row SUVs that money can buy. Both of them offer an impressive suite of standard equipment, styling, and a driving experience that could easily be mistaken for something that is worth twice as much. But while the Telluride has remained firmly entrenched in its role as a mainstream offering, the already luxurious Palisade has gained two new trim levels that up the game both in luxury and exclusivity.

Dubbed the Calligraphy and VIP, these two trim levels are meant to show the world what would happen if the Palisade was allowed to tap into some of its inner Genesis DNA. Both models come loaded with a number of visual upgrades to help them make a much more potent point when out and about in town. Triangular inserts for the front grille, a full width chrome skid plate, a larger lower air intake, a wider rear chrome diffuser, and trim exclusive 20-inch wheels help separate these models from their lesser siblings. As a neat bonus, there is even a stylish Rain Forest hued paint that is also limited to both models, and it serves as a very unique styling statement.

As expected from a duo of luxury trims, alot of the features and equipment that would normally be optional on lesser models are all standard here. This includes the 12.3 inch digital instrument cluster, as well as a bundled heads up display feature. Nappa leather seats are also standard here, but buyers can only choose from three colors (Black, Beige, and Khaki.) Buyers with larger families however, will have to look elsewhere since both the Calligraphy and the VIP trims only offer a seven seat configuration with the second row bench seat being pitched for individual captains chairs.

With the Calligraphy playing the role of gate guardian, the range topping VIP model can be thought of as the all out main course for the Palisade. Many of the Calligraphy’s standard features are present, but the VIP ups the ante by including a second row center console that even comes with its own air purifier, heated and cooled cup holders, revised leather lined headrests with built in speakers, a wireless phone charging pad, and a rear entertainment system with two monitors. Performance for both models comes from the familiar 3.8 liter naturally aspirated V6 that we get here in the U.S. with 291 horsepower and 262 lb-ft of torque providing some spunk to the luxury laden package. An eight speed automatic is the sole transmission available. The lone difference here is that unlike our market, the Korean Palisade can be equipped with an optional 2.2 liter four cylinder diesel engine that is good for 200 horsepower.

Naturally with all the luxury that comes baked into both of these models, it is only fitting that the Calligraphy and the VIP models come with lofty price tags to match. Base Calligraphy models start at ₩47,100,000 which works out to about $39,000 in U.S. dollars. Meanwhile, a range topping VIP package with the 2.2 liter diesel engine starts at ₩56,650,000 ($46,100) which would allow these models to cater to the Korean executives and business men that value a model with a spacious and luxurious rear passenger area.

We suspect that the diesel will remain a forbidden fruit, but while Hyundai did not formally reveal whether the Calligraphy and the VIP models will make their way to the U.S. market, but with the strong demand that is still prevalent in the three-row SUV segment, Hyundai could perhaps either bring some of the interior upgrades over to our shores, or the trim levels outright in an attempt to bring the fight to range topping rivals like the Ford Explorer Platinum, the Toyota Highlander Platinum, and even the Chevrolet Traverse High Country.