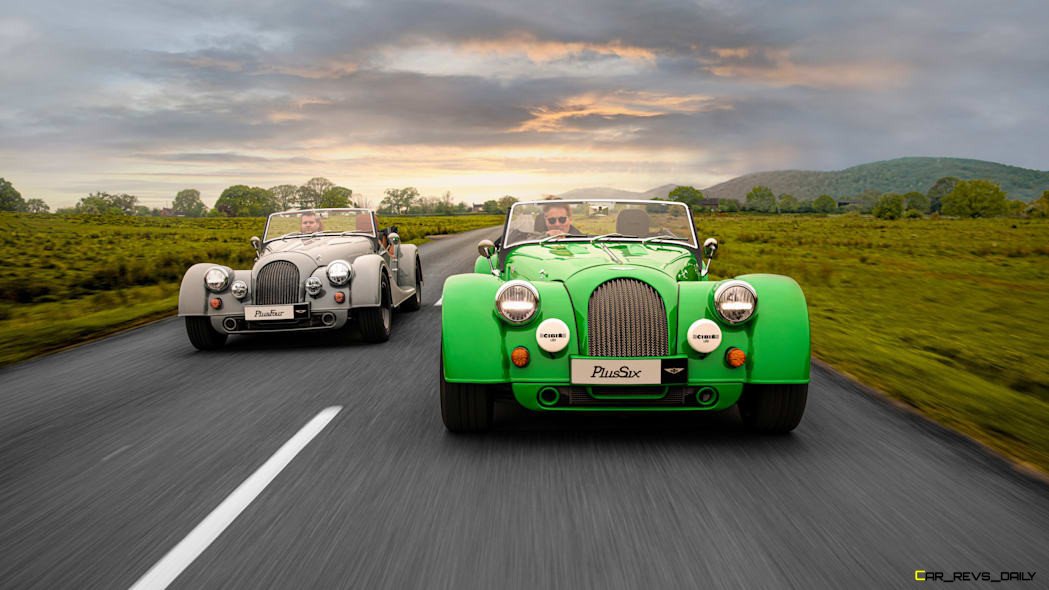 Not long ago, the Morgan Plus Six and Four were heavily updated to reflect Morgan’s newfound commitment to long-term sustainability, with the duo boasting several key updates to make them more competitive in their respective segments. But as they say, subtle evolution can bring out the best in anything, and the 2022 Plus Six and Four bring some new tweaks to help improve everyday livability for buyers.

Minor Design Revisions Sharpen Plus Four And Plus Six

As mentioned, this is not a radical redesign, but the updates coming to both models are examples of how well the company listens to feedback from its customers. The bulk of the exterior is mostly unchanged, but Morgan’s designers made an all-new hood that helped address weather and noise problems. The hood benefits from a new set of seals that are supposed to help improve noise reduction and do a much better job of keeping the elements (i.e., rain) out of the engine bay. The frame structure for the hood itself was also reworked and did away with the hood rail fasteners, which allows the piece to open and close quickly. The trunk also comes with an all-new lockable storage console that offers more security and storage without compromising the trunk’s space.

Meanwhile, the interior benefits from some changes to make the cabin a bit nicer for owners. An all-new seat design helps the thrones look more modern, enhances long-haul comfort, and even improves bolstering for more support during spirited driving. LED lighting is now used in the interior, and the lights themselves will actually stay on for 30 seconds after you exit to help provide extra security at night. This sentry-style system has been around for a long time in other cars, but its appearance on a Morgan product is long overdue and highly welcomed. Oh, and for those who need their mobile devices on their journeys, Morgan is also adding a dual USB outlet to allow on-the-go charging for the 2022 model year.

The only place where things are largely business as usual is the performance hardware, with both models retaining their BMW sourced powerplants and transmissions. However, the standard and distinctly analog exhaust system can be swapped out for an optional all-new active exhaust system. The pipes have baffles inside that open up fully when the Plus Six and Plus Four are placed in Sport and Sport Plus modes, but the system can be switched to quiet mode to help both Morgans please your neighbors, especially during the early morning commute. The pipes for this system can

Buyers interested in benefitting from these changes won’t have to wait very long either to benefit from these updates, with Morgan revealing that the changes are effective immediately, so all new orders for both the Plus Four and the Six will come with the standard updates straight out of the factory with the remainder being found in the options list.