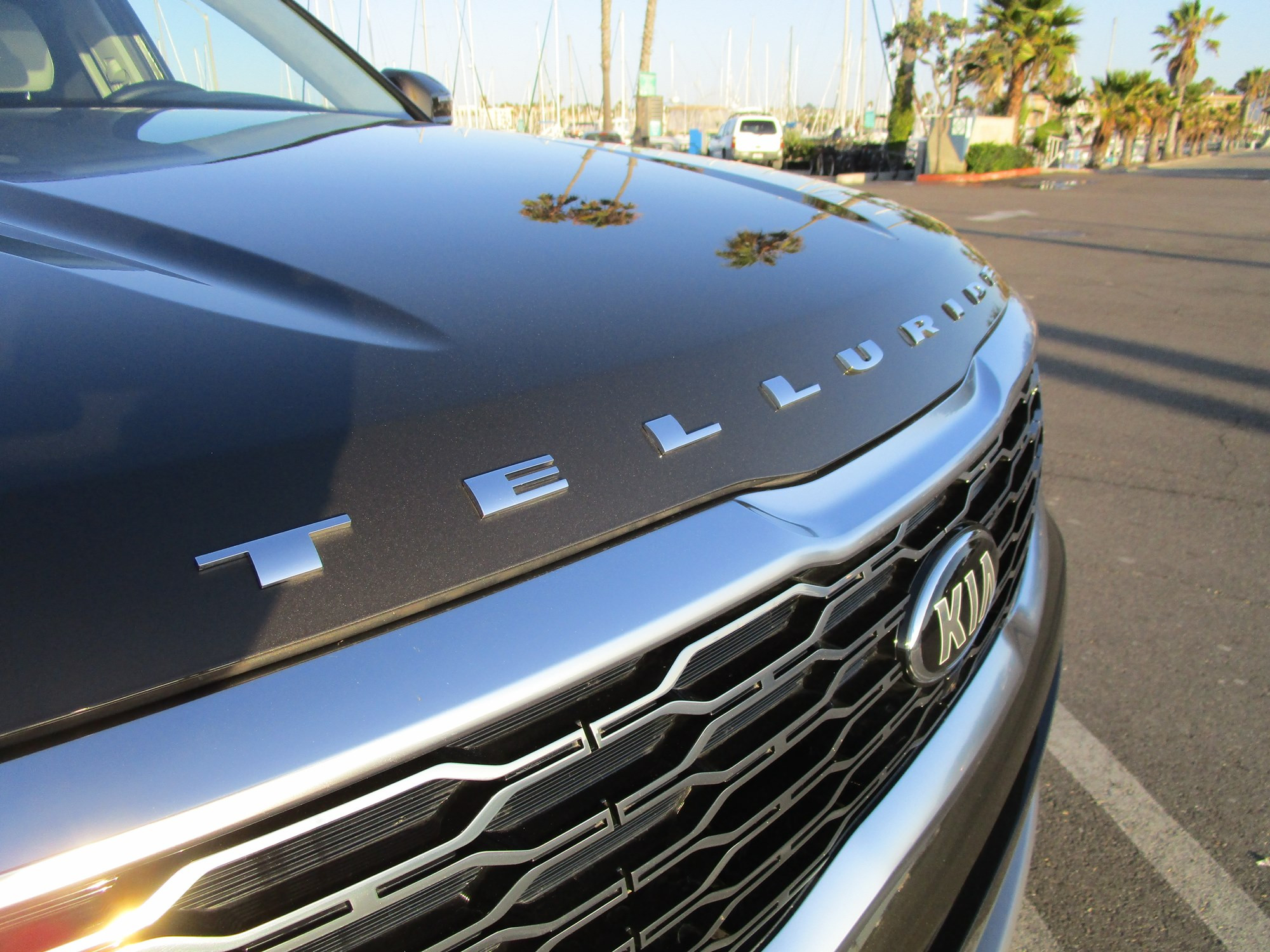 Mark-ups are nothing new when it comes to buying a car. Many dealerships see the hype surrounding the launch of a potentially desirable model and try their best to get a bigger slice of the profit pie. But when does this go from being a minor annoyance to something totally egregious? A Kia dealership apparently thinks that the popular Telluride SUV is worth its weight in gold and has given it quite the markup to match.

First appearing via Reddit before being spotted by our friends at Motor1 the dealership in question has added quite a bit of fat to the price of the Telluride, with the final sticker ringing in at a whopping $78,995. That figure is admittedly pretty laughable, with the marked-up price vaulting the Kia into territory normally occupied by ritzier entries like the Cadillac Escalade, Range Rover Sport, and other luxury SUVs. While the Kia is a very commendable entry in the full-size SUV segment and has won multiple accolades. It does not quite have enough features and luxury to justify the extreme markup here.

In a world where these types of markups can be measured, this one is the equivalent of an old-school train robbery in the wild west especially since the dealership themselves are not even allowing customers to test drive it without agreeing to the fore-mentioned price hike. Visit a dealership that doesn’t resort to these tactics, and you’ll find that a Telluride SX in all-wheel drive starts at $44,390. Check every piece of optional equipment and the price only goes up to $52,980. That’s far less than the rather adventurous pricing on the display here and makes the Kia’s place in the segment crystal clear.

A Proverbial Golden Ticket To Telluride? 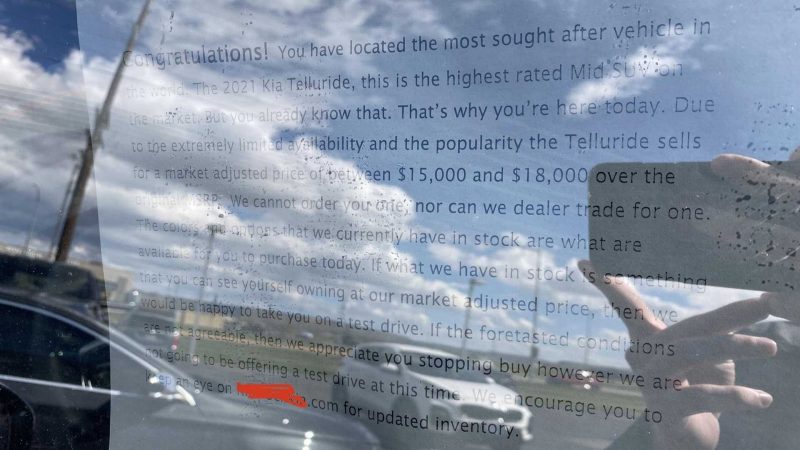 As for the unnamed dealership, it appears that they are justifying this by claiming that the Telluride in question is the equivalent of finding gold and that it’s as rare as a jackalope. The nifty flyer they typed up would make most editors throw up their hands in frustration with all the typos and flagrant disregard for basic sentence structure present. We’ll admit the strong reflection in the window makes the message hard to read (perhaps for the best), but for those that are curious, it says this.

“CONGRATULATIONS! You have located the most sought-after vehicle in the world. The 2021 Kia Telluride, this is the highest-rated Mid SUV on the market today. But you already know that, that’s why you are here today. Due to the extremely limited availability and the popularity the Telluride sells for a market adjusted price of between $15,000 to $18,000 over the original MSRP.”

But if you think that this is the end of the sheer arrogance on display, you would be mistaken with the flyer elaborating “We cannot order you one, nor can we dealer trade for one. The colors and options we have in stock are what are available for you to purchase today. If what we have in stock is something that you can see yourself owning at our market adjusted price, then we would be happy to take you on a test drive. If the foretasted conditions are not agreeable then we appreciate you stopping buy however we are not going to offering a test drive at this time. We encourage you to keep an eye on [redacted] for updated inventory.” [sic]”

We decided to do some digging ourselves after processing all that, and see what was available in the inventories of Kia dealerships within easy reach of our Metro Detroit Office. While it’s indeed very difficult to find a Telluride (we only found 8 total Tellurides during our brief search.) None of them had the same outrageous markup that the unnamed dealership has with all eight having pricing that’s more in line with Kia’s established pricing ladder before taxes and fees.

Looking To Buy A Telluride?

If you are make sure to do your research before buying as well as contacting multiple dealerships to try and find the deal that’s best for you. We have also had the opportunity to sample the Kia Telluride ourselves recently with our very own Ben Lewis sharing his thoughts here. Following these simple steps will not only help you avoid wildly ambitious markups like this one but also allow you to find a Telluride (or any other car for that matter) that’s the right fit for your needs and budget. You can check out some of these tips and tricks here.