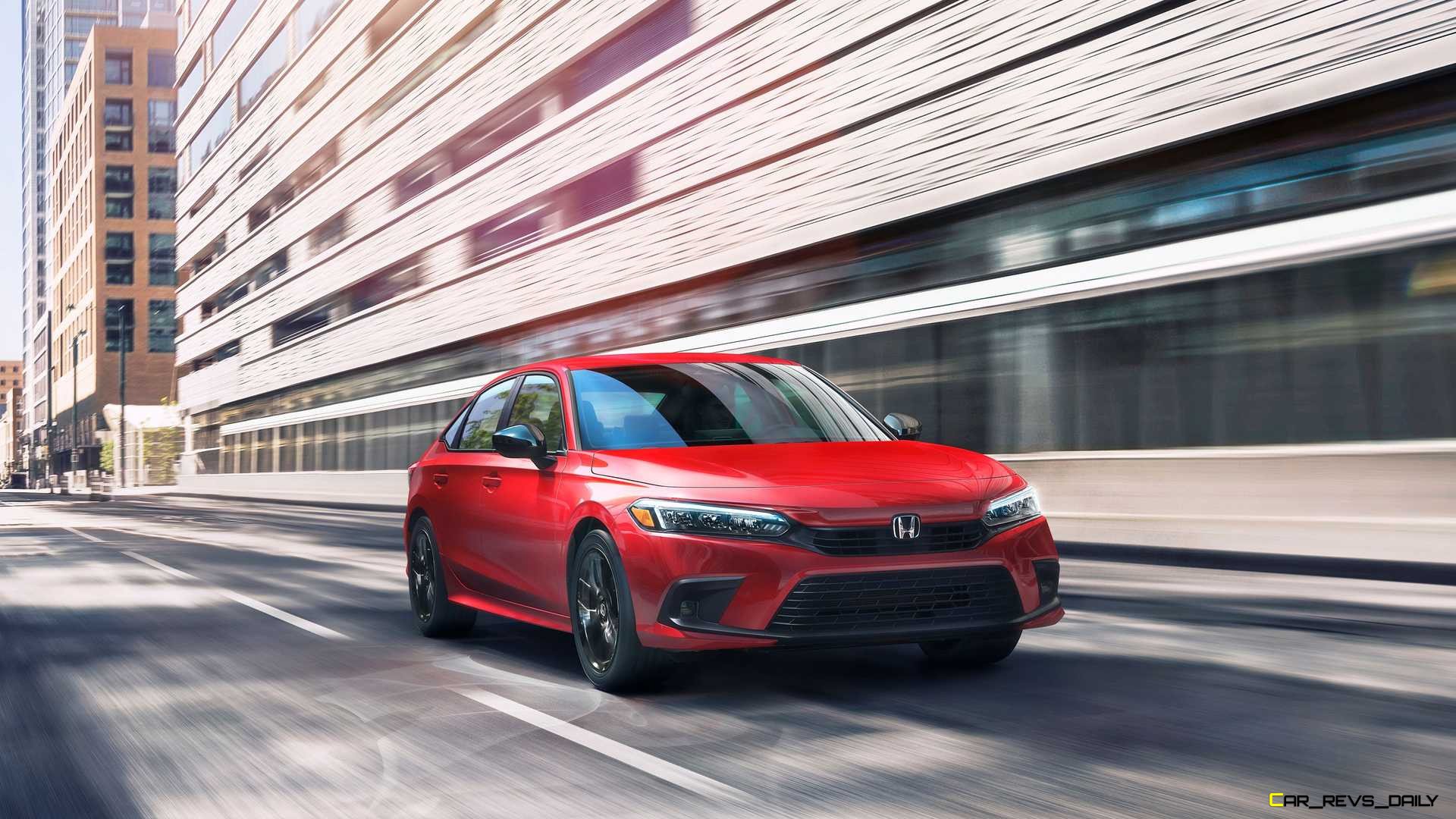 It may seem hard to believe, but the Honda Civic has been around for 11 consecutive iterations, with each one building the model into a world-beating benchmark that’s still the favorite target of rivals. Honda claims that this iteration embraces a new philosophy with the company is touting a “Man-Maximum, Machine – Minimum” philosophy that defines the new Civic. But does it really help transform the Civic into a new form?

The outgoing Civic was certainly an aggressive-looking model, but we will admit that it also managed to look like an overly elaborate Rube Goldberg drawing. The 2022 model exorcises many hard angles and instead opts for a simpler yet cleaner shape. The front fascia is crisper and now features an all-new grille and headlight design, while the side profile is very reminiscent of the larger Accord. The rear is a bit blander, but we are fans of the redesigned taillights, which look cool but don’t go so drastically overboard to draw attention like the outgoing Civic. It also follows some of the traits that we first saw on the Civic Prototype, albeit with minor changes for the sake of production.

The lower beltline helps create a larger greenhouse, and Honda designers even moved the windshield pillars further back to help enhance the extra length. This is certainly a different approach than the Toyota Corolla. It appears that Honda is trying harder to match some of the recent design successes that Hyundai has had with the Elantra.

While the exterior of the 2022 model prefers to play it safe in regards to how it handles things, Honda designers chose to get much more ambitious with the interior. All of the trademark Honda DNA is present, with the cabin having a high-quality feel, especially as you climb up the trim ladder. However, look closer, and you’ll see some welcome changes. LX, Sport, and EX models all get a standard 7.0-inch hybrid instrument display that digitizes the tachometer and speedometer and leaves an analog secondary speedometer on the left side. All three also get an equally sized infotainment system which supposedly has sharper software and screen clarity. We also like the honeycomb-style plastic piece that runs along with the dashboard.

The range-topping Touring model gets a larger 10.2-inch digital instrument cluster, and the infotainment screen gets bumped up to 9.0 inches. The latter is the largest screen Honda has ever fitted to one of its vehicles, but the biggest coup d’ etat here is found in the audio system with Bose audio providing the tunes. This is a big change since Bose has long been associated with various GM products over the years, and seeing the company leave that encompassing umbrella to expand its reach to a key rival is a game-changer. The unit itself is a potent 12-speaker unit, and Honda is confident that it will satiate the tastes of audiophiles. 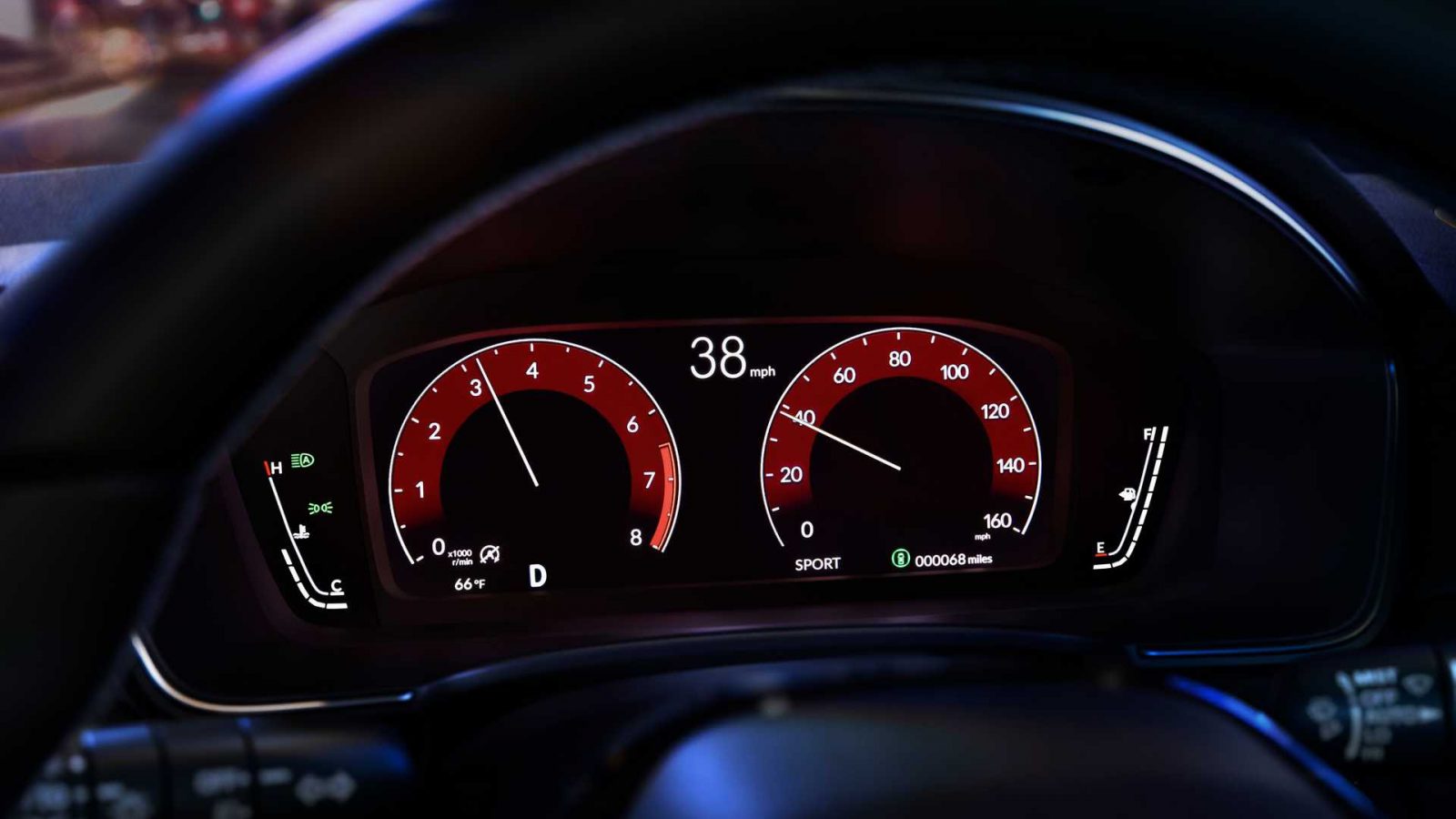 Performance for the revamped Civic will come from some familiar hardware with the 2022 model carrying over both old engine options. That means Sport and LX models benefit from a naturally aspirated 2.0-liter four-cylinder engine that still produces 158 horsepower and sends all of this power to the front wheels through a CVT.

Meanwhile, the EX and the Touring get the optional 1.5 liters turbocharged four that makes 180 horsepower and 177 lb-ft of torque. Both of those figures are slight increases over the outgoing Civic but look for them only to be noticed by really observant owners. Like before, a CVT is the only gearbox available here, with no manual being offered. Look for that to change later when the updated Civic Si and the Type R make their respective appearances.

Honda is not ready to drop the gauntlet on either pricing or availability. Still, the Japanese auto giant promises that buyers will benefit from some of the upgrades that will define this iteration of Civic when it eventually arrives in dealerships. That includes a retuned suspension that will greatly enhance handling and ride quality and some of the other minor changes Honda made to lure in a younger audience.

We’ll definitely keep our eyes peeled for any further information on the 2022 Honda Civic and will update as it becomes available.