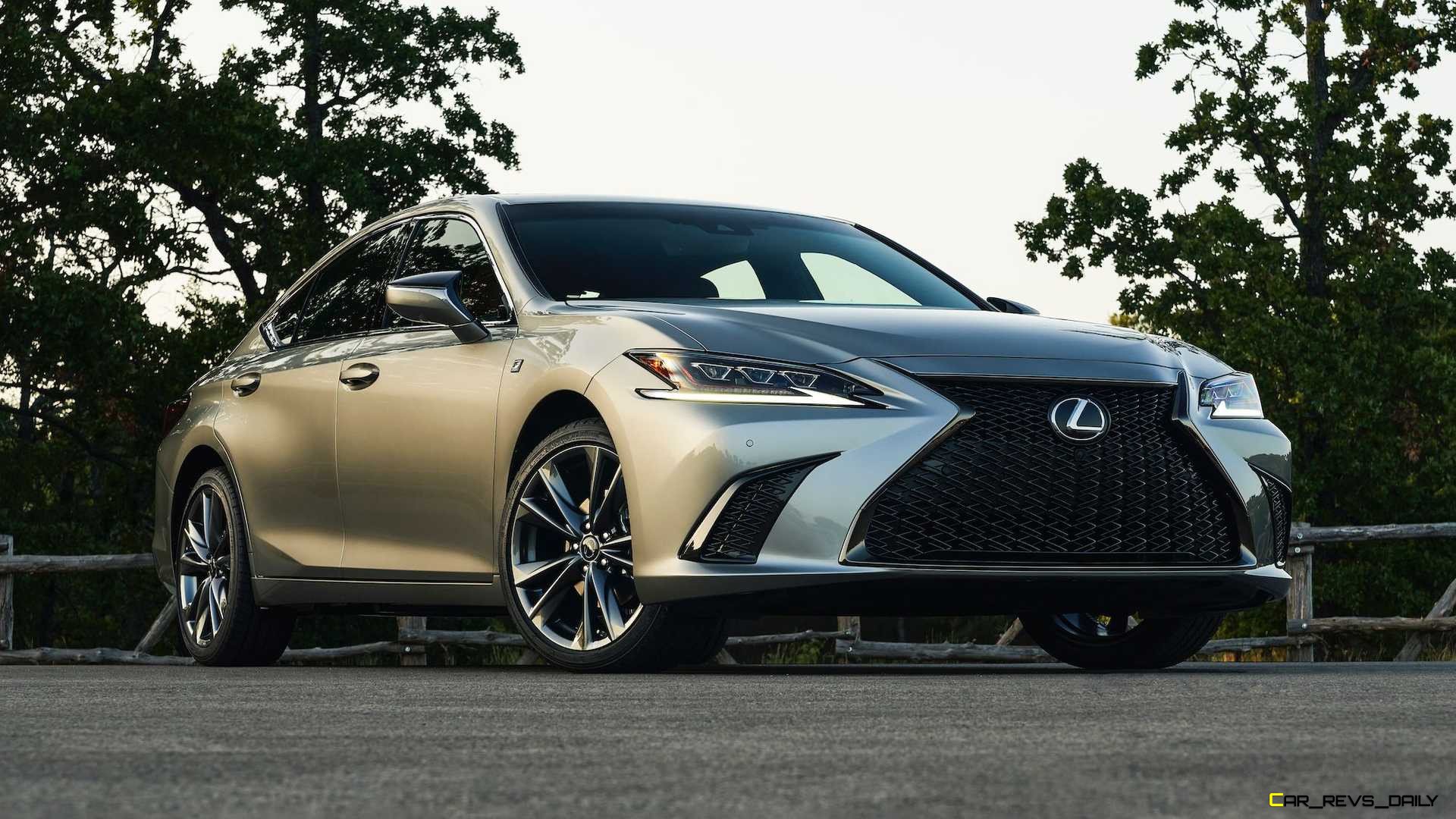 When the 2020 Lexus ES appeared, it helped inject new styling, technology, and performance into the brand’s bread and butter sedan. But while the U.S. Government prevented its advanced video mirror technology from being brought here due to safety regulations, the lack of all-wheel drive was a very glaring omission. Lexus has formally remedied that for 2021, and is even bringing the Black Line trim to the ES for the first time ever.

The ES has never had all-wheel drive, but the ES 250 will be the first ES in the brand’s history to have the option. This system allows the ES to join its corporate cousin the Toyota Avalon in offering the technology to consumers, while also improving the ES’s sales figures in portions of the snow belt where all-wheel drive is a must have for many buyers. The ES 250 is powered by the same 2.5 liter four cylinder that also sees duty in the ES hybrid. However, without the battery pack in play, horsepower rings in at 203 (versus 215 for the hybrid.) That said, buyers will still get a decent amount of fuel economy here, with the model producing 28 mpg. This figure is below the Hybrid’s, but it’s also better than the 26 mpg combined figure that is attainable in a standard front wheel drive ES equipped with the V6.

As is the case with its more mundane front wheel drive counterpart, a spicier F-Sport trim can also be equipped to the all-wheel drive model. As is the case with others of its breed, checking the box for F-Sport means gaining a sport tuned suspension, 19-inch wheels, and slightly stickier rubber. It also comes with a number of darkened accents to further accent its spicier nature.

Along with adding all-wheel drive to its bag of tricks, the 2021 ES also gains a Black Line model for those that desire more flair in their ES purchase. Like other Black Line models, Lexus is limiting production to 1,500 units, with the model only being available in three colors (Ultrasonic Blue Mica, Obsidian, and Ultra White.) Black Line models get a number of trim exclusive styling tweaks including darkened wheels, black mirror caps, and a dark lip spoiler. A two tone black and white interior is also equipped, and Black Line buyers get their own two piece set of luggage that’s provided by Zero Halliburton.

The 2021 Lexus ES lineup will go on sale this fall, with prices starting at $39,900. Move up from this point, and you will be greeted by the Luxury trim which starts at $45,100. The move to F-Sport will cost you $45,700, and the range topping Ultra Luxury model starts at $48,900. The Black Line model starts slightly less at $46,550, but a key catch is that Black Line models are only available in front wheel drive, with no all-wheel drive option available.