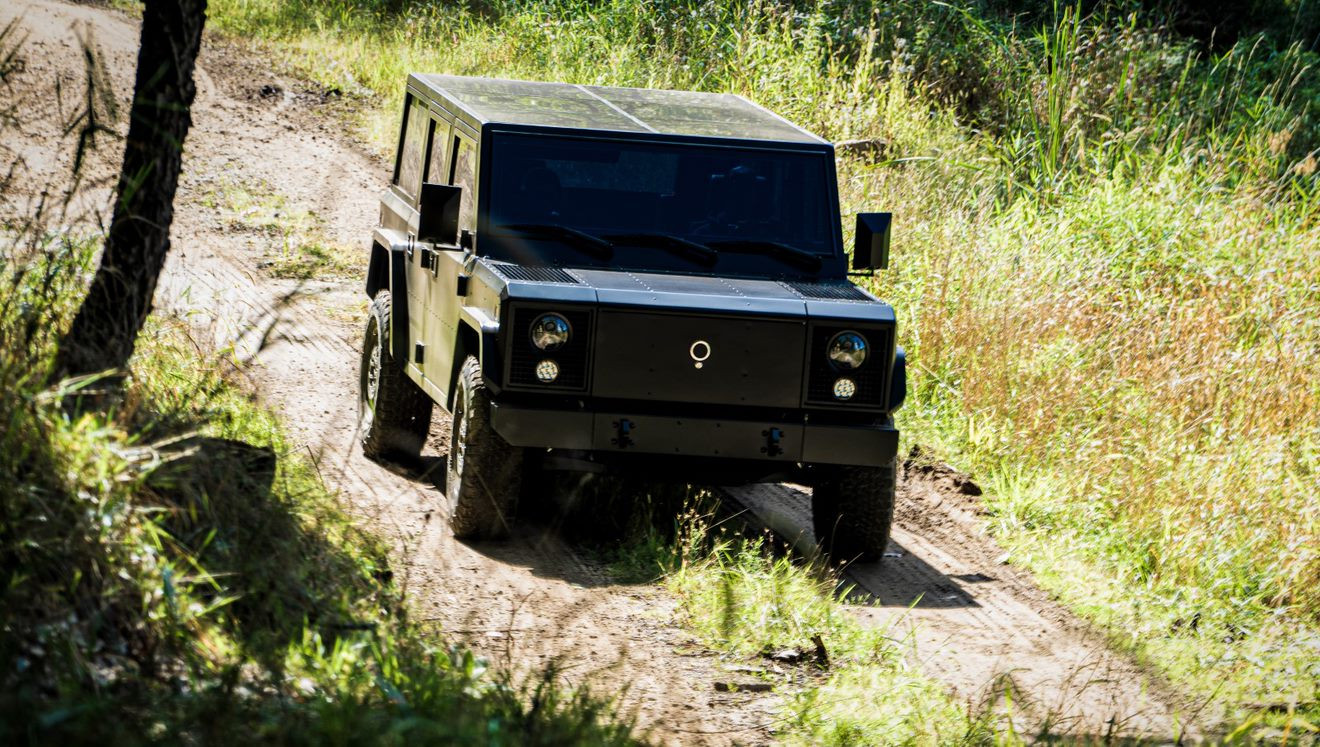 When Bollinger Motors recently introduced the production version of the B1 SUV and the all new B2 pickup, we were left with new questions especially in regards to final range and pricing figures for the duo. The Ferndale, Michigan based company has ended the mystery, and has unveiled new details about the long term plans for the B1 and B2.

For starters, we finally know how much the B1 and B2 will cost to own, with the company revealing that both models will start at $125,000. This eye popping figure is far off the under $100,000 estimate the company initially released, but we suspect well heeled buyers won’t pay much attention to that particular factoid. Instead, they will be pleased with the improvements that the company has made to both models since they were initially announced and unveiled. The core element here though is the fact that both the B1 and the B2 are built on the same architecture which helps the small company save precious cash when it comes to production and scale of demand. Both models feature rugged and distinctly utilitarian styling elements, but the retro inspired motif is hiding some very potent muscle that should please even the most demanding off-road conneisours. The company claims that the dual motor setup in the B1 and B2 is capable of producing 614 horsepower, and allows both rigs to make the sprint to 60 mph in a brisk 4.5 seconds. Backing up all of this muscle is a massive 120 kWh battery pack that gives enough juice to support a 200 mile driving range before it needs to be recharged.

Off-road capability was a key goal for Robert Bollinger and his team, and the B1 and B2 aim to please, with both models offering an impressive 15-inches of ground clearance, with five inches of suspension travel up or down. Both also wield a 5,201 lb towing capacity and an impressive 7,500 lb towing capacity, with a two speed Hi/Lo gearbox offering both low and high range driving. Look for these capabilities to truly shine when both models are trailbusting or serving as beasts of burden at a farm or ranch.

The interiors of the B1 and B2 retain their minimalist apperance, but Bollinger has chosen to reveal some of the enviromentally friendly features it has equipped to them. The wood floor strips in the prototypes for example were made from wood reclaimed from an old Buick plant, as well as rescued church pews. They are also removable, which is supposed to encourage customization as well as ease the effort needed to hose down the floor after a long day of mud bogging. The trucks also have removable windshields, windows, doors, and roof panels, with the roof glass having the ability to be swapped out for solid black aluminium panels. All four seats are heated, and can be trimmed in cloth, leather, or a novel vegan leather that is made from non animal material. While neither model features a formal infotainment system, the minimalist interior doesnt skimp on audio pleasure, with a Bluetooth enabled eight speaker Harmon Kardon system coming along for the ride.

“We’re going to production with all of the components and features that our team developed from the start; we’re staying true to our DNA” said Bollinger Motors founder and CEO Robert Bollinger. “Our trucks deliver a level of performance unlike anything on the market or coming to market.”

Bollinger plans to begin production of the B1 and B2 next year, with the duo first making their formal debut at the 2019 LA Auto Show. When production starts, look for the numbers to be in low volume territory, due to the hand assembly needed to complete both models. The firm expects the first batch of deliveries to begin in 2021, with all sales being facilitated through independent dealerships. In the meantime, the company has currently begun taking $1,000 refundable deposits for buyers that visit their website. While $125,000 is indeed a sizable chunk of change for an EV offering, when you look at Bollinger’s low volume approach, as well as the level of craftsmanship involved, the reasoning here does indeed begin to make some sense. Bollinger will certainly have a heated fight on its hands though, since rival firm Rivian is also looking to bust its way into the EV pickup segment. Unlike Bollinger and their off-road centric offerings, Rivian’s duet of green rigs appear to be focused more on the mainstream consumer. The cheapest version of the R1S SUV for example is expected to start at $72,500 though variants with larger battery packs will most likely arrive first, with price tags that can easily surpass $90,000.

Either way, we hope that Bollinger and Rivian succeed in breaking through the remaining obstacles and hurdles to achieve true production. As mentioned in the past, the green pickup and SUV segments are relatively underutilized frontiers in the broader sales pie, and we look forward to perhaps driving a model from either company some day to truly see if they have the chops to spearhead the next chapter of the EV revolution.