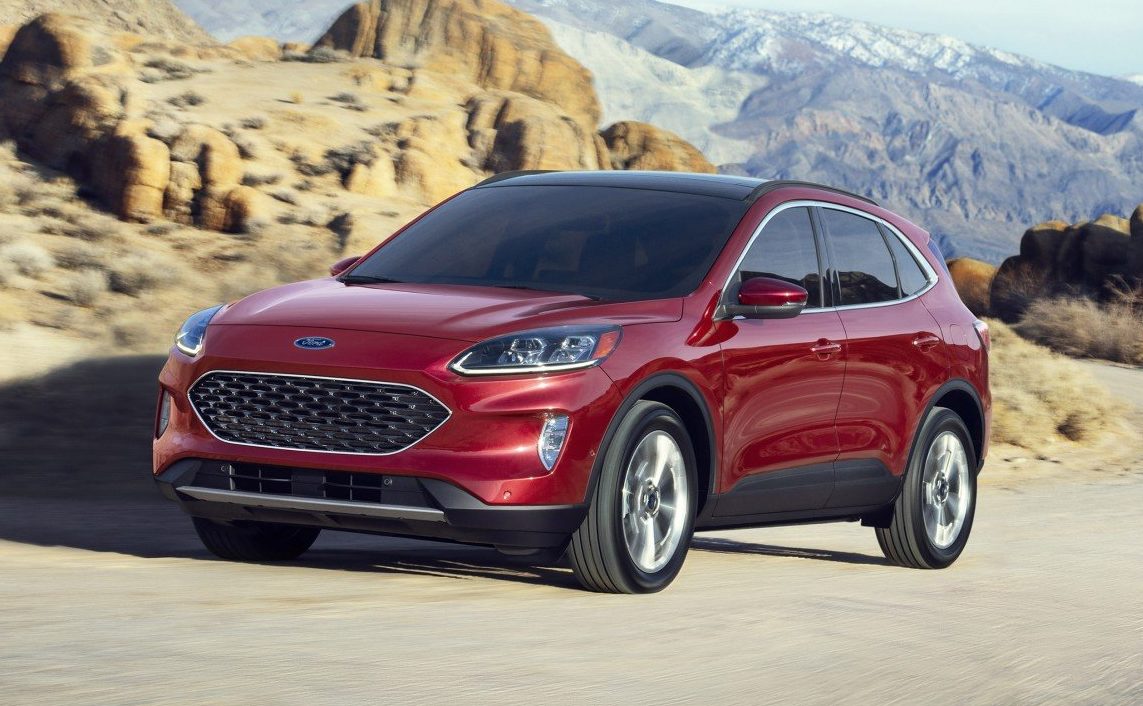 Ford’s Escape CUV has always been a reliable soldier for the Blue Oval since its debut in the early 2000s.

While it might not have the icon status that its bigger stablemate the Explorer has, there’s no denying that the Escape is a powerful force when it comes to re-enforcing Ford bottom line sales.

With the 2018-2019 Escape creating a very lofty set of shoes (and sales) to fill, Ford pulled out all the stops to make sure the 2020 version can maintain its winning ways.

The exterior styling of the 2020 Escape will arguably be the first thing that will make buyers stand at attention. Like the outgoing model, the 2020 Escape is based on the Europe only Ford Kuga, and as a result, gains that model’s new front fascia. It has a very strong resembence to the European Ford Focus, and while its not quite the same as having that model outright, we will give Ford credit for taking a bold risk with the front fascia.

The rear fascia is predictably a bit blander, but we do like the full width Escape lettering along the liftgate, and the stubbier rear end helps bring a dash of athletic undertones to a design that is still on the functional side of things. We are still on the fence when it comes to select elements of the rear bumper as well as the taillights, but we will hold final judgement until we see the Escape in person. The design language is also fresher and curvier than some of its rivals, so look for Ford’s marketing to greatly emphasize this when the Escape eventually makes its way to showrooms

Meanwhile, the interior is a cleverly crafted place, and Ford engineers tried their earnest to truly maximize the value focused packaging the Escape has to offer for the new model year. For example, the 2020 model features a sliding rear seat that in its rearest posistion offers occupants more room to stretch out than the full-size Chevrolet Tahoe. Yes you read that correctly, the compact Escape offers more rear seat room than a full-size SUV, that’s a very impressive feat indeed.

Thankfully, cargo capacity does not suffer greatly when the Escape’s third row occupants decide to lean back, with the CUV still being able to hold four full sized suitcases. That translates to 33.5 cubic feet (seat back) and 37.5 cubic feet (seat forward.) This is slightly higher than the 33 and 35.4 cubic feet offered by the Subaru Forester, and should allow the 2020 Escape to fight on even ground with others in its hotly contested segment. As a bonus, this space balloons to 65.4 cubic feet with everything folded down which is great for buyers looking to road trip with it.

The cabin itself benefits from higher quality plastics, as well as new features such as a revamped SYNC infotainment system with a bigger touchscreen on higher trim levels, a rotary gear selector borrowed from the bigger Edge and Explorer, as well as reworked button placement. The interior carries over a lot of traits from the European Focus, and should look very familiar to those that have spent time behind the wheel of that particular model.

As mentioned, technology will be at the fore-front of this revamp, with the latest version of Ford’s Copilot 360 degree driver assist technology being a key addition to the Escape for 2020. This suite of technology brings goodies such as park assist, lane centering assist, and even collision and evasive manuver assist technology which should allow the Escape to step up to plate against rivals that have similar iterations of the technology in their electronic arsenals. 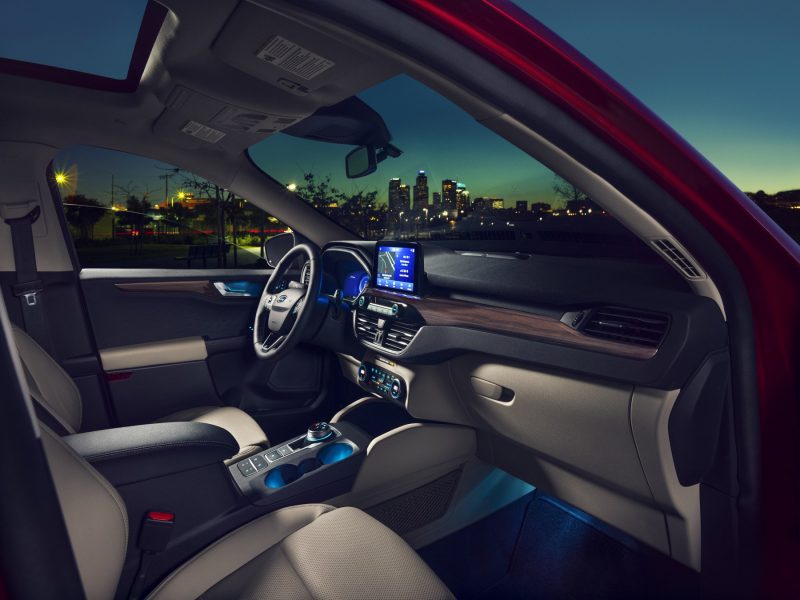 Performance and ride quality were two benchmarks that Ford engineers aimed to improve for the 2020 model year, with the Escape receiving key upgrades here too. Four engines will be offered, with a 1.5 liter and the spicier 2.0 liter EcoBoost motors being the first to lead the charge. While they may appear to be carried over at first glance, Ford claims that the 2.0 liter has been heavily updated for 2020, while the 1.5 liter is in fact the company’s all new three cylinder engine, which is the first time a three cylinder has ever been offered on an Escape. While final horsepower numbers were not released, Ford claims that it has established targets for both engines, with the 1.5 liter expected to make 180 horsepower, while the 2.0 liter is slated to make 250 horsepower. That latter figure is on par with GM’s 2.0 liter turbocharged four cylinder which sees duty in the Equinox as well as the rest of the General’s utility range. Both engines will be mated to an eight speed automatic transmission which should help the Escape nab a few extra miles per gallon.

On that subject, Ford also revealed that the 2020 Escape will be bringing electrification back to the nameplate after a very long absence. Unlike the two EcoBoost engines, the hybrid and plug-in models are mated to a refreshed 2.5 liter four cylinder engine that makes diligent use of the Atkinson cycle. Ford has no official numbers on the electric driving range for the plug-in, but vaguely stated that it is targeted for “30 plus” miles of pure EV range. The two models have different software tunes, with the Hybrid model producing 198 horsepower and 153 lb-ft of torque while the PHEV’s combined system output pushes power to 209 horsepower, but keeps the 153 lb-ft of torque seen on the Hybrid. Ford claims that the battery can reach a full charge on a Level 2 charger in about 3.5 hours.  The lone caveat however, is that the plug-in will only be available with front wheel drive, whereas the rest of the range (hybrid included) can be equipped with all-wheel drive.

The PHEV uses a 14.4 kWh battery pack that is nestled under the rear seat. As a result, the floor is a bit higher than its pure gasoline counterparts, but thanks to some more clever packaging on the part of Ford engineers, the amount of space lost is actually way less than one would initially assume at first glance. Unlike other PHEVS that tend to force drivers to use all the electric power right off the bat, the Escape allows drivers to choose how much they use. “EV Now” forces the powertrain to run on all electric power, while “Auto EV” lets the car decide when to switch from gasoline and electric power. The other two modes are called “EV Later” and “EV Charge” respectively, allow drivers to either run on pure gasoline power, or use the car to help charge the battery while driving.

When the 2020 Ford Escape eventually makes its way to dealerships, it will mirror the trim ladder seen on the 2019 model, and arrive in S, SE, SE Sport, and Titanium flavors. All of these models will be available at launch, but the plug-in will be a late arrival, and will appear in spring of 2020. It is currently unknown if the Escape will eventually spawn an ST version to follow in the wings of the Edge and Explorer STs, with initial rumors of such a model becoming quite scarce in the last few months. If such a variant does appear, it would be one of the few performance models in the compact CUV segment, and be a spiritual successor (in the U.S.) to the sorely missed Focus ST hatchback.