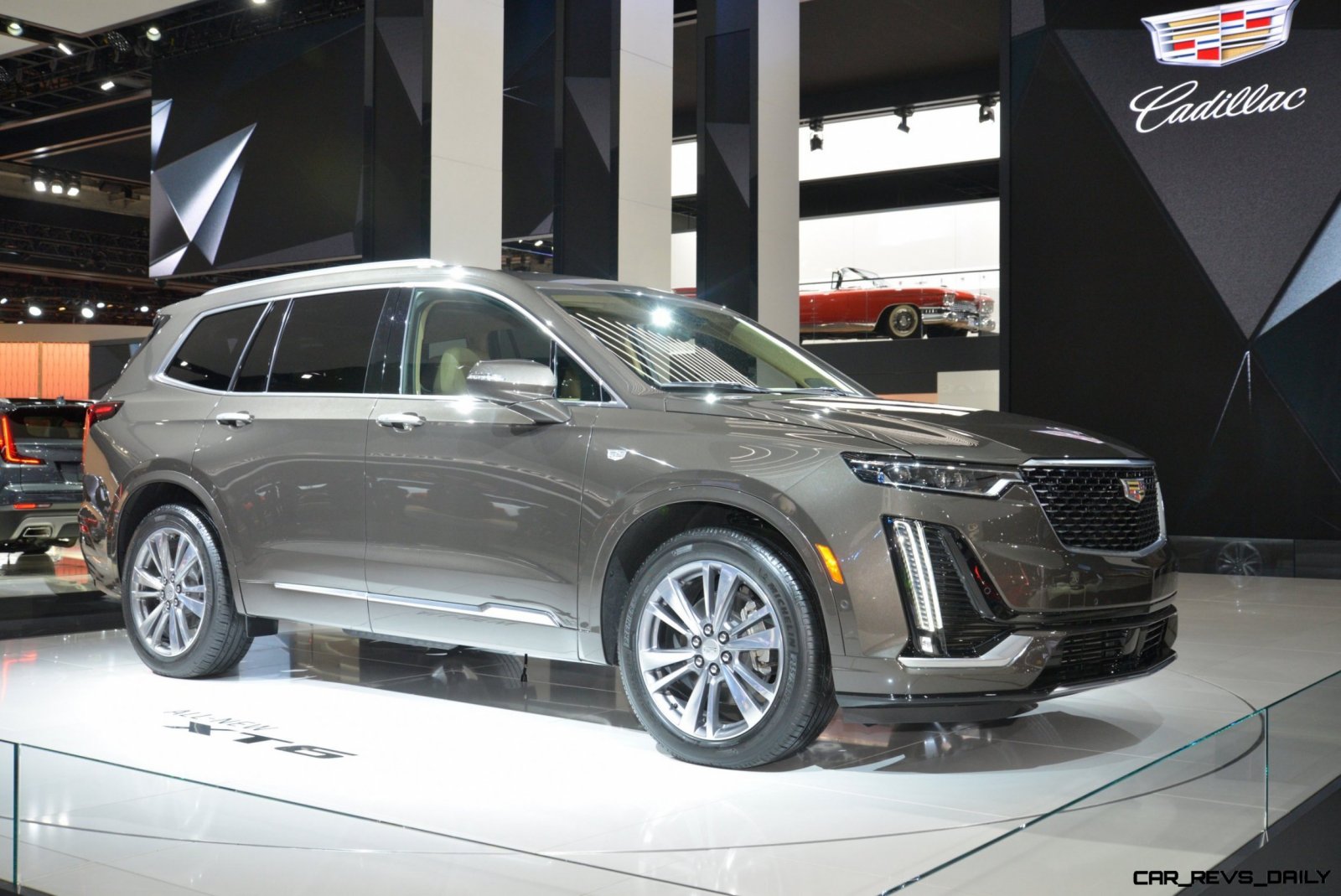 With the ferocity unseen by the brand in recent years, the once car focused Cadillac has rapidly revamped and expanded its lineup of utility offerings. Once territory that was occupied most successfully by the Cadillac Escalade (review pending,) the luxury brand has added the XT4 and the XT5 in its arsenal to try and allow it to expand its reach in the hotly contested CUV segment. But a void always existed between the XT5 and the Escalade, and Cadillac has addressed this by unveiling its newest XT badged offering, the 2020 Cadillac XT6.

When its exterior styling is looked over at first glance, we are disappointed that it lacks some of the visual presence that defines the bigger Cadillac Escalade. The look is rather handsome in its own right, but considering that rivals like the Lincoln Aviator have made a bigger splash with their design aesthetic, the Cadillac’s method of playing it safe may cause it to fall behind some rivals in this regard. That said, the relatively inoffensive design might also please other buyers that want to have luxury, but don’t want to draw as much attention to themselves as they would in other entries. The new suit of clothes also allows the XT6 to sit rather nicely on its haunches, and this gives the CUV a small pinch of athleticism in an otherwise bland package. The taillights have an XC90 ish look to them, and mimic the full vertical treatment that the bigger Escalade has to boot. 20-inch rims are standard issue, but buyers can opt for bigger 21-inch hoops to add a bit more flair to the profile of this big three row CUV.

The interior of the 2020 Cadillac XT6 is nicely packaged, but like in the smaller XT4 there are some cheap details, and some hold over elements from its Enclave/Traverse DNA that causes the interior to not stand out quite as well as it should. A big omission is that contrary to Cadillac’s recent plans to expand Super Cruise availability to the rest of the Cadillac lineup, the XT6 will strangely arrive without it. We are hoping that this is merely a short term problem due to its launch, versus it being a long term omission, since the technology is a revelation in autonomous vehicle driving, and we enjoyed our time with it in a CT6 Platinum we tested recently.

A high point for us is the way the packaging here has allowed the second and third row seats to be roomy and generous, which is a big plus for families that need to manage carpooling duties, or have enough room to take their children and friends on long road trips. Two USB ports are also standard for both rows of seating, and the XT6 brings power folding operation for the second and third row seat backs via controls in the rear cargo area, as well as the rear passenger door. A power liftgate is also standard, and while the XT6’s cargo capacity is smaller than rivals, it is only just 2 cubes short of the bigger Escalade, and it also offers better accessibility via a lower loading height.

All XT6s will come standard with an 8.0 inch touchscreen infotainment system and a 4.2 inch digital screen nestled between a pair of analog gauges. Buyers can opt for a bigger 8.0 inch display for the latter, but it will still retain the fore-mentioned analog gauges in its basic layout. Cadillac clearly listened to the criticism surrounding the XT4’s cheap feeling control knob, and has replaced the old unit with an all new metal look knob that is decidedly more upscale looking, and also adds joystick like operation to the unit to help improve usability ala BMW’s I-Drive system. Apple CarPlay and Android Auto compatibility is also on deck which should please tech fans.

The XT6 will also come equipped with near field pairing technology for compatible smartphones, with owners simply touching their phone to an icon on the dash, versus fiddling through various menus to get it paired. A 15-watt wireless charging pad is also standard, along with a 14 speaker Bose Performance audio system that is tailored towards pleasing audiophiles (we will see for ourselves in the future when we have our stereo tester Emily take a listen.)

Underneath the skin lies a platform that shares a lot of its DNA with the GMC Acadia, which means that the XT6 is smaller dimensionally than the Chevrolet Traverse and the Buick Enclave. To try and alleviate the claustrophobia this would inevitably cause, Cadillac designers raised the roof by a mere 0.2 inch which runs along the entire length of the XT6, and is supposed to enhance rear headroom. The platform also helps contribute to the XT6’s biggest misstep with the new model launching with only the 3.6 liter V6. If that sounds familiar to you, it is because this engine also sees duty in the XT5, GMC Acadia, Buick Enclave, and Chevrolet Traverse and is starting to show its age slightly. Here in the XT6, it produces a healthy 310 horsepower, and is mated to a nine speed automatic transmission. On paper it’s not a bad setup, but in a segment where turbocharging and four cylinder engines are rapidly becoming must have items for many buyers, this decision to have a V6 as the exclusive engine offering at launch may cause the XT6 to lose unwanted ground to more established players. We are hoping that the 2.0 liter turbocharged four cylinder from this platform family will eventually find its way into the XT6 to allow it to be a more balanced offering especially in regards to fuel economy.

Cadillac did not release formal pricing information for the 2020 XT6, but did reveal that the model will come in two distinct trim levels. The XT6 Sport adds tweaked front and rear fascias, a black grille, black window moldings, clear taillights, and unique exhaust housings. But if your a buyer that prefers to put a strong emphasis on luxury, the XT6 Premium Luxury package will answer this calling with brighter trim elements, as well as more traditional red taillights. Look for the 2020 Cadillac XT6 to arrive in Cadillac showrooms this summer, with Cadillac confirming that it will open pre-ordering starting in spring.