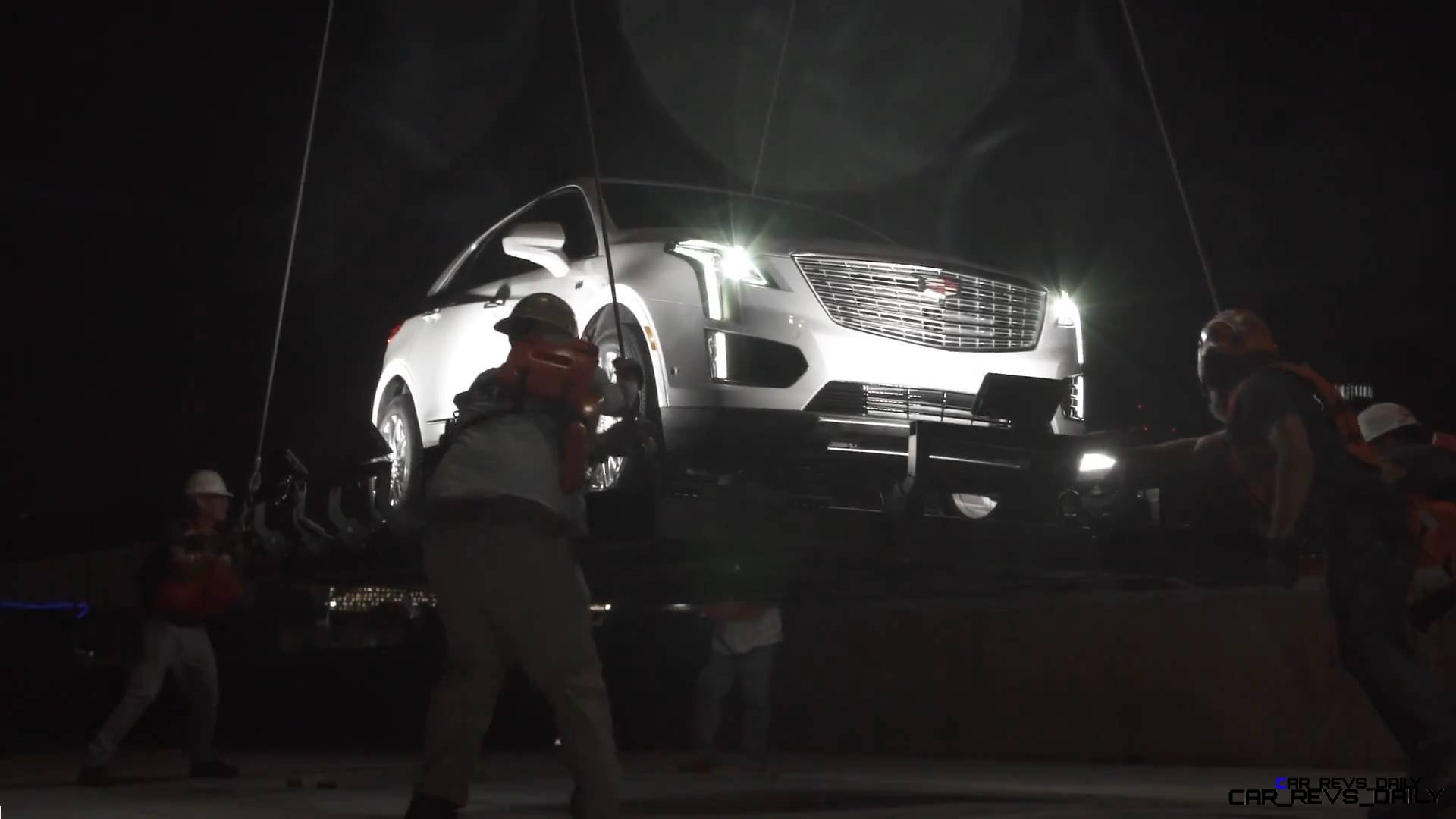 Cadillac has taken its high-culture ambitions to new heights!  A partnership launch gala with fashion-focused Public School in New York was topped off last night by a helicopter-assisted fly-by of the 2017 XT5 SUV.

Replacing the unloved by most — but driven by General Motors CEO Mary Barra — SRX crossover, the XT5 is sorely needed in the Cadillac range. Battling the Lexus RX350 and BMW X5, the XT5 is a critical missing addition to the next-gen Cadillac range. Despite the proliferation of mini SUVs, Cadillac has largely missed the boat.

So it took a helicopter instead?

This new XT5 looks extremely promising. All-new exteriors and interiors are fresh and cutting edge — blending Escalade levels of masculinity with CT6 luxury and efficiency. This new model’s pricing and engines are not yet known, but are likely to include a base 2.0-liter turbo four from the CTS for the first time. The upgraded engine may be a carry-over 3.6-liter V6 or possible even the twin-turbo V Sport CTS engine.

The XT5 is said to bow officially at the Dubai auto show in November, and will join the full Springtime auto show circuit worldwide.

Arrivals to showrooms are likely in June 2016 as a 2017 model-year, with base pricing in the mid-$40k range. Just in time for the Spring/Summer 2016 collections displayed this week at NY fashion week!

Cadillac announced a unique project in which its all-new luxury crossover, the XT5, will debut at venues around the world in partnership with acclaimed fashion designers Public School. At a private kickoff event, Public School announced it would debut its Pre-Fall collection on the runway in Dubai, in collaboration with the launch of the first-ever 2017 Cadillac XT5. It is also creating an XT5-inspired capsule collection for the special invited guests at the Dubai show in November.

The upcoming XT5 will be the cornerstone of a new series of Cadillac crossovers, all bearing the “XT” designation, with number indicating relative size and position. It succeeds the current SRX, Cadillac’s best-selling product line worldwide.

“This is a new way for two American brands to join forces, share a passion for design and grow globally,” said Andrew Smith, Cadillac executive director of Global Design. “For Cadillac, it gives new meaning to being a patron of the arts.”