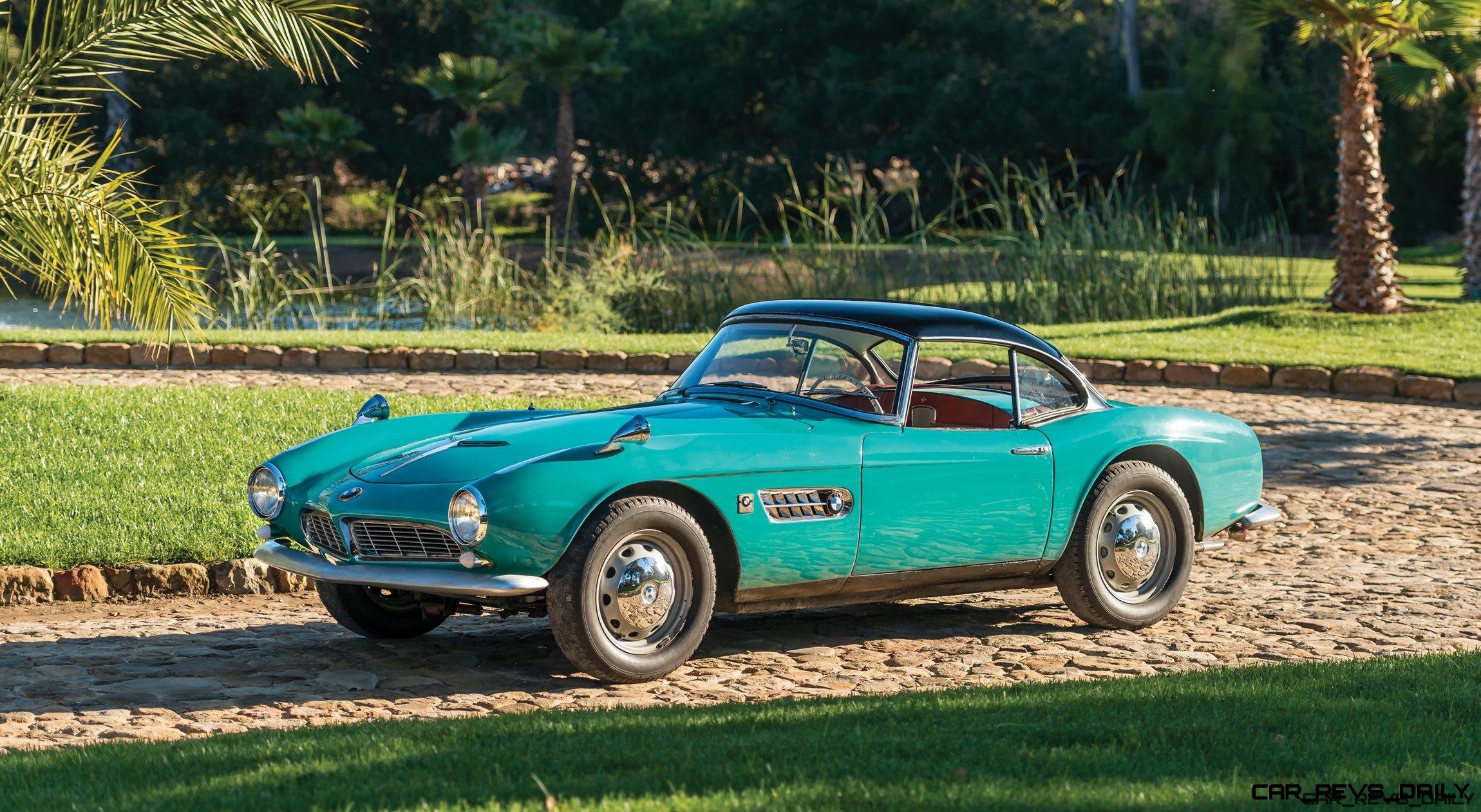 Sea green over red leather is a color combo perfect for the most stylish 1950s bon-vivants of the world.  This original 507 Series I is offered unrestored and with original patina throughout.  The factory wheels and bumpers are included with the sale – set for late May 2017 in Villa Erba, Italy.

The black hardtop and hood-mounted mirrors are perfect details for this iconic BMW.  This color is not a factory shade, as it was added early in the car’s life by its orignal owner.

Just four lucky individuals have called this car their own, however, and its originality is striking beneath the turquoise shell.  The interior and, crucially, the engine are original and numbers-matching.

One of BMW’s most celebrated vehicles, the 507 has remained an icon of design and Bavarian craftsmanship for 60 years. Conceived by the legendary American sports car dealer Max Hoffman, the 507 was intended to be the manufacturer’s halo car, bringing a company then known for mundane sedans and microcars into competition with the likes of Porsche and Mercedes-Benz.