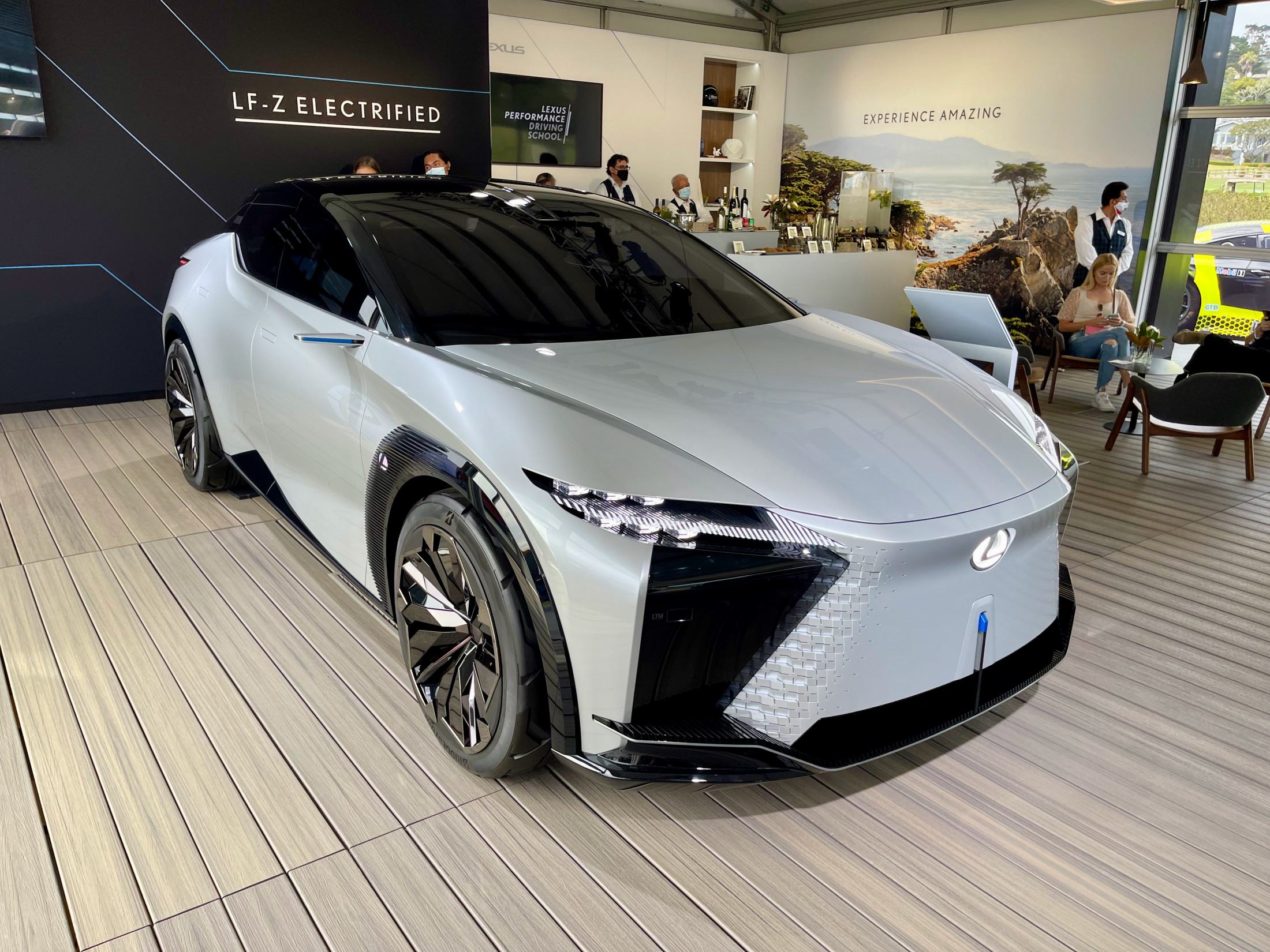 The big reveal for Lexus was the new LF-Z concept reveal. The LF-Z is another BEV put out to test the waters, reception by the public. It features the now-landmark grill, but with no interlaced openings, just the flat white front, but does feature an illuminated Lexus badge. Along with the concept, the already established LC 500 convertible, RC-F and IS F-sport were in attendance for display as well. One featured display was the RC-F race car. Tagline: Seek and Destroy, which is on the surface the antithesis to the usual Lexus persona. But a good looking race car, nonetheless.