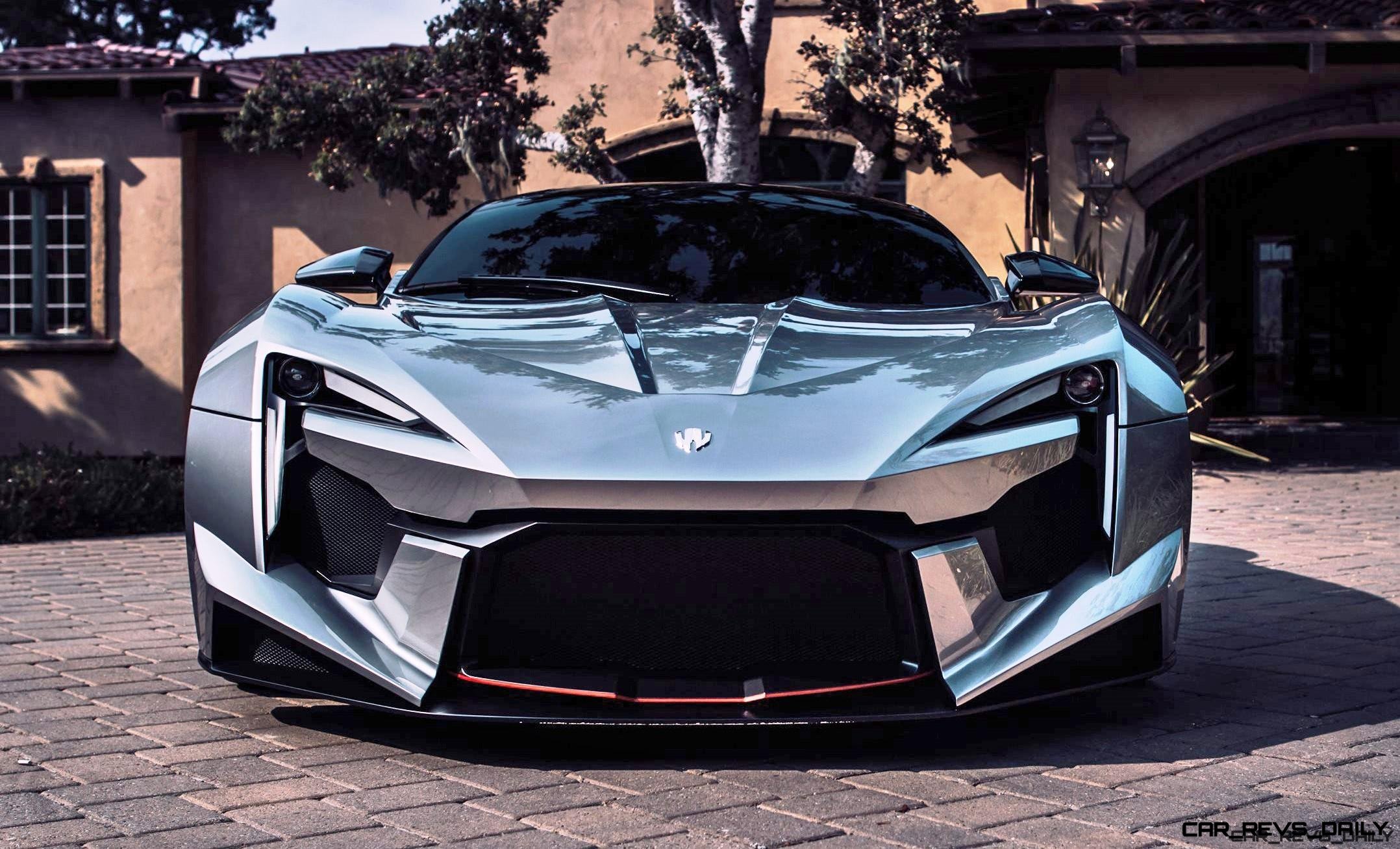 W Motors sophomore supercar is almost on the road!

This Fenyr SuperSport is a more attainable, yet still hyper-exotic, followup to the legendary Lykan Hypersport.

The Fenyr will be W Motors big break – its chance to leverage its stunning launch success with the Lykan into commercial success.  Scale, in this sense, is relative.  Anything more than the dozen or so HyperSports made will be an increase for W Motors.  The team hopes to sell around 200 of these Fenyr SuperSports per year, with production eventually localized to the Dubai HQ.  At this time, the W Motors lineup is still largely produced in Torino with engine imports from Germany’s RUF Porsche specialists.

The production SuperSport is likely to be near identical to this final concept, with its finished interior the biggest change versus the showcar.  The real machine debuts in November 2017 at Dubai’s fledgling auto show.

Pricing estimate?  Who knows.  We wouldn’t expect much change from a half-million dollar check.

Located at the National Exhibition and Convention Centre in Shanghai, this renowned auto show is the largest automotive tradeshow in China and among the leading shows in the world.

During this upcoming edition, W Motors will be showcasing the famous Furious Red Lykan HyperSport as well as the upcoming Fenyr SuperSport concept to the public for the last time ahead of its production model debuting next November during the upcoming 2017 edition of the Dubai International Motorshow.

W Motors will also be celebrating its strategic alliance with partner ICONIQ Motors through the exclusive unveiling and global debut of the ICONIQ SEVEN model, the new luxurious and modern electric MPV, will be showcased for the first time in both Premium and VIP editions as Generation 1 Prototypes with serial production scheduled for 2019.

Designed by W Motors, the ICONIQ Seven is an innovative and upscale approach to the electric vehicle solution, bringing together renowned partners from around the world to develop the first luxurious and multipurpose electric vehicle of its kind. Leading the way for Future Mobility.

You can visit the W Motors and ICONIQ Motors booth 5A03 from the 19th till the 28th of April 2017, showcasing the global debut of the ICONIQ SEVEN Premium and VIP Editions as well as the exclusive W Motors Lykan HyperSport and Fenyr SuperSport Concept.

W Motors was founded in 2012 when it became the first automotive design house and manufacturer of high-performance luxury sports cars based in the Middle East. A passionate project that flourished in 2013 when the Lykan HyperSport prototype was first unveiled in Qatar. Since then, the brand has obtained international recognition and exposure while expanding its line-up and pursuing a regional and international road show through private VIP exhibitions, international events and industry shows in Dubai, Abu Dhabi, Kuwait, Belgium, Spain, Italy, Monaco, China and the USA.

The future is bright for W Motors with plans to continue expanding the team, establish its flagship showroom in Dubai and relocate its assembly and production facilities from Torino, Italy to the UAE in the years to come.