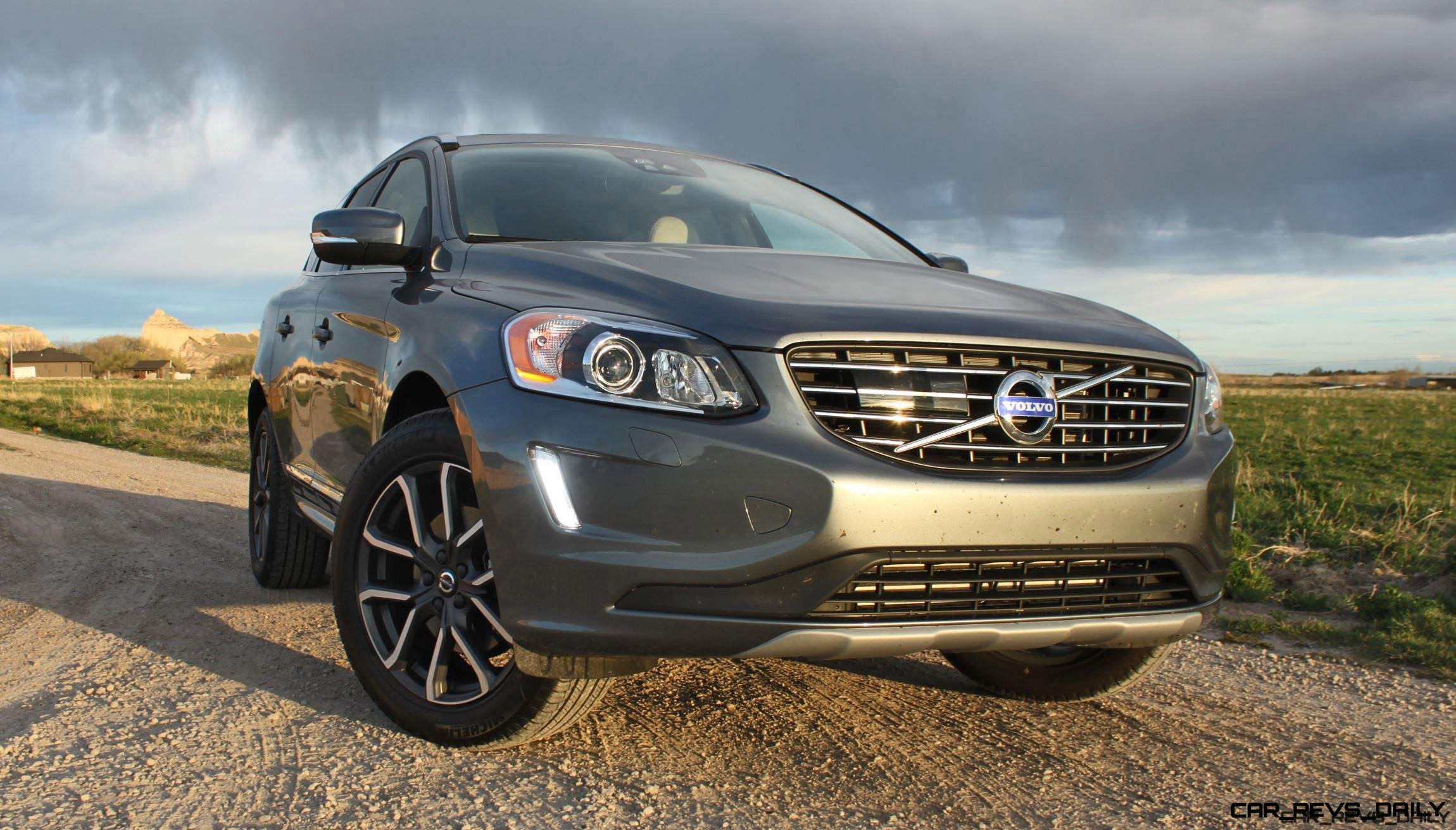 When it comes to safety few automakers go to the same level that Volvo does and the 2016 XC60 is a perfect example of this. From the built-in booster seats for children, to the host of alert systems, this SUV is perfect for safety-conscious families.

The 2016 Volvo XC60 is a 5-seat, SUV with a 2.0L 4-cylinder turbocharged/supercharged engine which produces an impressive 302 HP and 295 lb-ft of torque. This powerful engine is mated to an 8-speed transmission which is geared for a low-end pop off the line with a refined feeling at higher speeds. With this amount of power, Volvo has integrated a roll stability control, electronic skid control, corner traction control with torque vectoring as well was a dynamic stability traction control. These systems may be a tad bit overkill, yet it does reinforce a confident driving experience.

Besides the safety features, the styling of the XC60 gives you more confidence behind the wheel since the interior design is done is such a way to give the driver great visibility compared to other SUVs. This visibility is important for SUV owners and the rest of the cabin is laid out with the driver in mind. For example, the center stack array of buttons (and there are plenty of them) is angled toward the driver.

On the outside, Volvo designers worked to emphasize the horizontal lines which “visually connect the car directly to the road.” While I’m not sold on this design direction, I do see where they are coming from and the SUV does give the visual impression of being lower and more connected to the ground than other SUVs. I just wish Volvo could find a more middle ground between safety and styling to improve the front and rear look of the SUV. For example, the large brake lights in the rear are a bit much and the front middle lacks character.

The benefit to this boxy design is the great amount of interior cargo room in the rear hatch and plentiful space for passengers. A bonus for families, and available with the Climate Package and Child Booster Seats package) is the built-in booster seats found on all XC60 models (T5 and T6) as well as child safety locks built into the driver’s side door controls. Quickly and easily disabling the windows and door handles in the second-row was an unexpected (and much appreciated) surprise. Plus, the heated windshield, heated windshield wiper nozzles and heated steering wheel make it a much better for colder climates.

On the road, the XC60 T6 (with the upgraded engine) provides a spirted, smooth drive with no issues on dirt, city streets or highway. Simply put, it feels nimble, agile and powerful. In all cases, the SUV feels stable and has plenty of power for all driving situations. Also, the EPA estimated 20/28/23 city/highway/combined fuel economy is really pretty good for a vehicle of this type.

While there is a lot to like about the 2016 Volvo XC60, there were a few items that got a bit tiring. One example is the driver’s area feels a bit cramped which is likely a compromise with giving the rear hatch more room. Also, the button-heavy center console made searching for items tiresome and distracting. This center console may work overseas, but I believe American buyers would lean more towards less is more.

Buyers in the SUV market should take a closer look at the 2016 Volvo XC60 T6. It really does offer a lot in a small package for right around $50,000. While it may not have all the luxury touches of say a BMW or Lexus product, the smart safety features are tough to ignore.