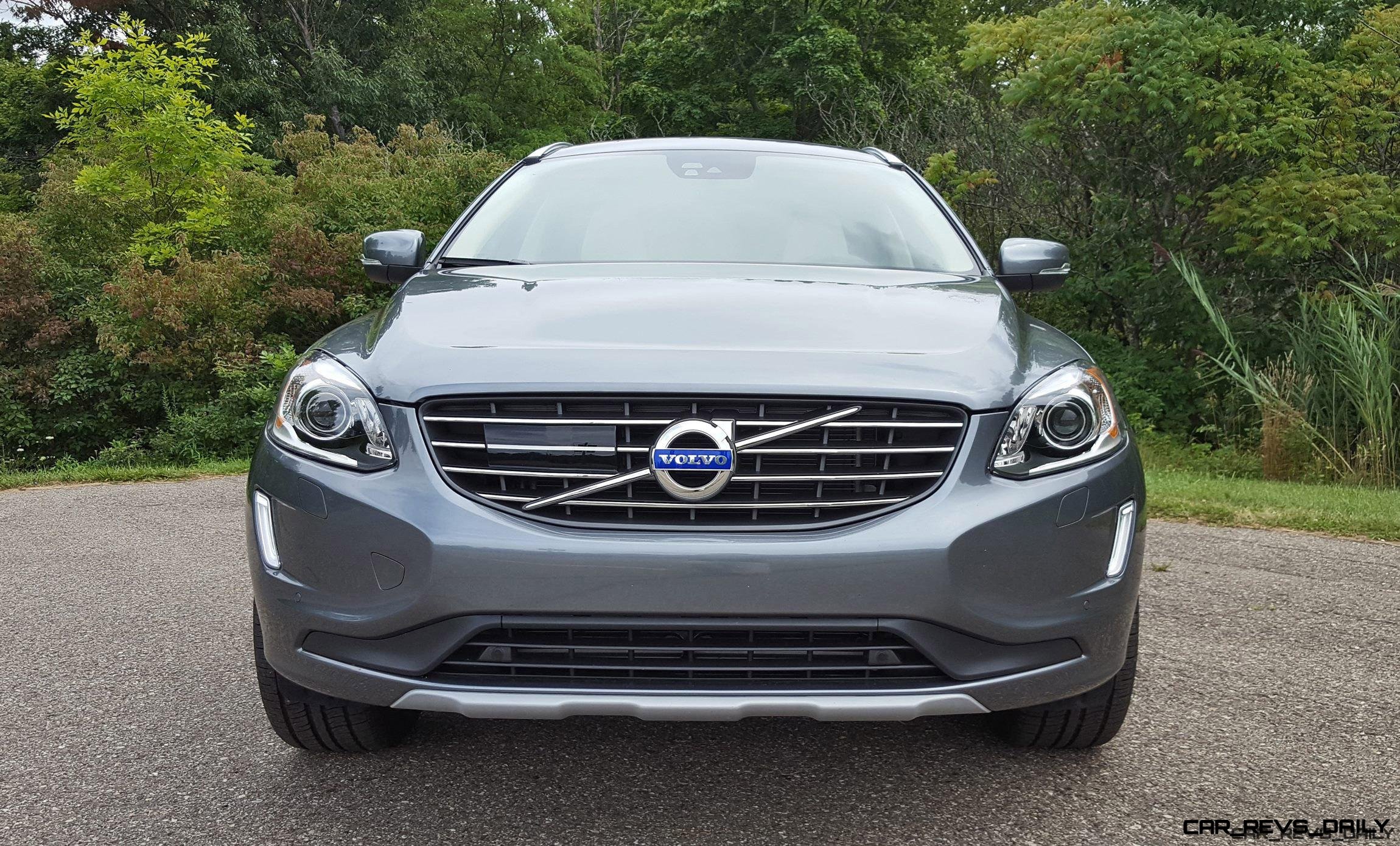 With all the attention and fanfare that the revamped 2016 Volvo XC90 has received since it was unveiled to the world a year ago, it can be easy to forget about the other SUV in the Swedish automaker’s lineup the 2017 XC60. With the spotlight currently on its bigger brand sibling, does the XC60 still have what it takes to stand out in the hearts and minds of SUV buyers? Or has it fallen behind the times?

The exterior styling of our Osmium Grey Metallic tester is an exercise in smoothness and elegance with Volvo designers even adding subtle athletic lines to spice things up a bit. The body lines of the car even rise to the rear hatch and taper out to the smooth and inset rear window which is a nice design element. The front fascia design is on the simple side of things, but the LED marker lights up front help add much needed presence during night driving.

The rear fascia is typical Volvo when it comes to its functional design but the LED taillights help provide maximum illumination and also look quite bold at the same time. Dual exhaust tips round out the package and our tester even had 20-inch “Avior” alloy wheels that rounded out this stylish package quite nicely.

The interior of our tester also looked quite sharp but it also inadvertently served as a time capsule. Wheras the 2016 XC90’s cabin is a compelling glimpse into where the next generation of Volvo interior design is heading, the XC60 is a window into the old traits that once defined the Swedish brand. Looking past this however, reveals an interior that is handsome, simple, and elegant albeit a bit too plain for some tastes (mine included.) The “waterfall” style dashboard layout houses the HVAC, stereo, and navigation controls and the overall layout of the various buttons and knobs are very ergonomically sound though some of the buttons are packed too closely together.

The seven-inch LCD touchscreen for the Sensus infotainment system is not the biggest in its class, but the screen does deliver very vivid detail, and there was virtually no lag between inputs. The system also helps solve the fore-mentioned button clutter issue by integrating many controls into the unit itself which helped reduce frustration. The gauge cluster also stood out for its attractive design and features a big circle which houses a small TFT screen that houses the speedometer and tachometer with other information being displayed in two separate gauges that flank it on either side. Material quality in our tester proved to be its trump card with many materials being either soft plastics or strategically placed rubber elements.

However, the Inscription package brings swaths of finely grained wood trim that flows down the center dash and is accented on each of the door panels. It also brings package exclusive leather seats that are very supple, and delivered copious amounts of comfort and support during my time with the Volvo. Rear seat room is also admirable for an SUV, and young families will enjoy the built in booster seat, and the cavernous cargo space that can easily swallow gear for a family of four.

Performance for our tester comes from a 2.0 liter supercharged and turbocharged four cylinder engine that brings 302 horsepower and 295 lb-ft of torque to the festivities. While the idea of having a supercharger and a turbocharger in one engine may seem a bit farfetched in theory, this combination proved to be an impressive piece of engineering when out on the road. Acceleration was impressive with the supercharger delivering plenty of low end punch, while the turbocharger takes over at higher rpms. The transition between the two was seamless, and actually made our tester a lot of fun to drive.

Handling was composed and secure with body roll being kept to a healthy minimum. The steering wheel is thick and fits nicely into your hands though it does suffer from numb road feel. Volvo engineers did put in a feature that allows drivers to tweak the weight of the steering, but Sport mode felt too artificially heavy, and I spent the majority of my time behind the wheel with the system in its default setting.

An eight speed automatic is the sole unit available and did an admirable job providing smooth shifts and even comes equipped with a built in sport mode for greater control over the engine’s power band.

Pricing for the 2017 Volvo XC60 starts at $36,600 for the base T5 Drive-E model with our T6 Drive-E AWD tester starting at $46,350. The Inscription package adds $2,475 to the overall price, while the Preferred Option Package brings another $1,350 to the sticker. With all of its options factored in, our loaded tester had a final price of $53,550 (which includes the $995 destination fee.) This figure puts it in the higher end of the luxury SUV segment, and puts it in the crosshairs of rivals such as the Audi Q5 and the Land Rover Discovery Sport.

Meanwhile, lower trims go toe to toe with the Acura RDX, Infiniti QX50, and even the BMW X3 which all have an edge over the handsome Swede in style and interior technology. It will be interesting to see what the next generation XC60 will bring to the table when it eventually makes its appearance, but in the meantime look for the current generation model to continue to win buyers over with its high levels of safety, elegant styling, and useful functionality.