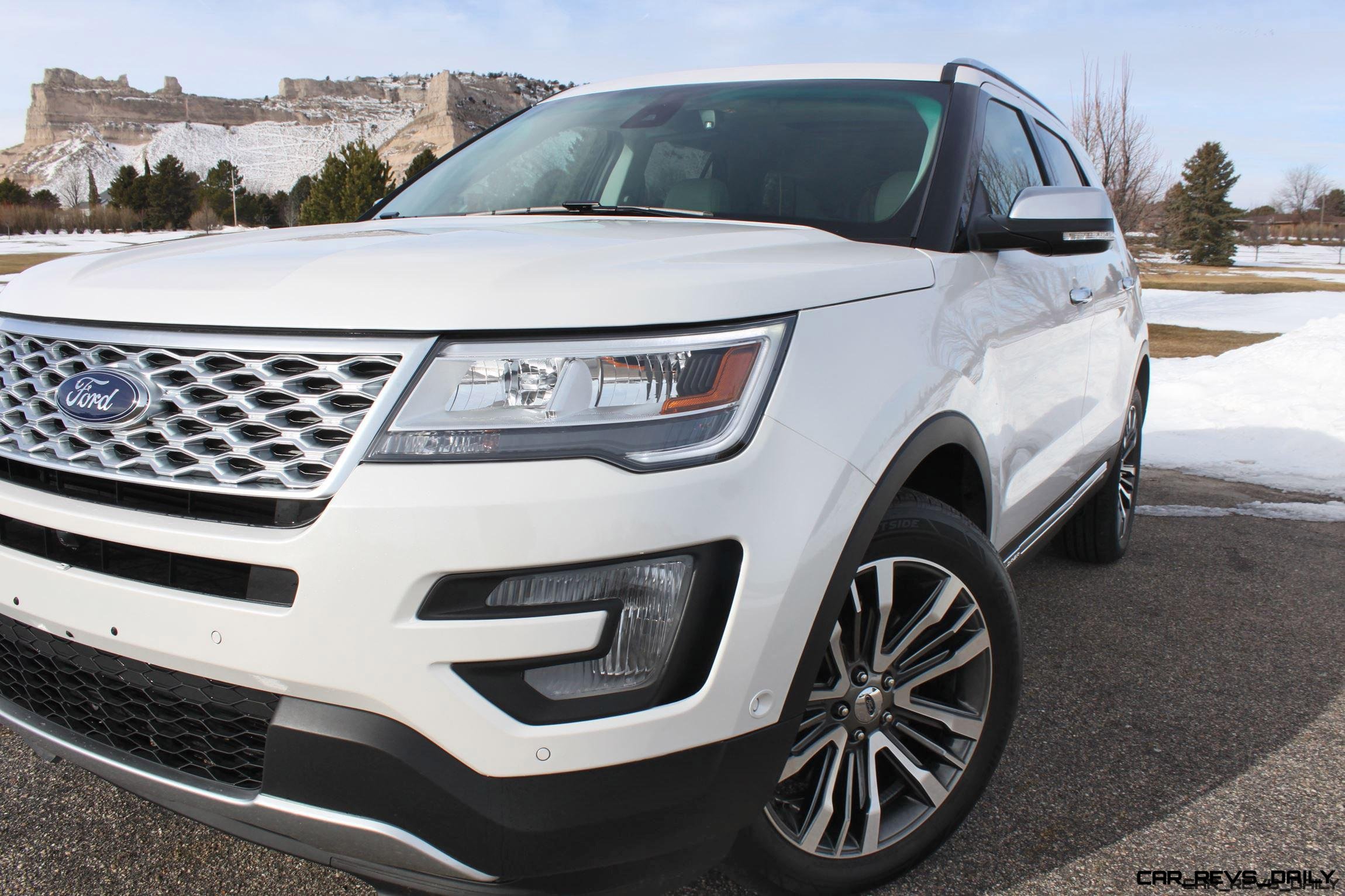 As the leader of the SUV market, the all-new 2016 Ford Explorer has big shoes to fill. Fortunately, Ford filled the Explorer Platinum with an almost absurd of luxury features making sure it not only hits all the marks, but it blows customers away. Simply put, it feels like a luxury SUV and that is precisely the point.

The new Explorer is an evolution of where the SUV has been heading in the past few years and for this recent iteration, Ford really went after the design. There is new sheet metal from the windshield to the front end, a new back end, completely updated interior design, a new engine choice, all sorts of upgraded safety and tech features. Plus, an all-new, basically luxurious, Platinum package which is quite possibly the most upscale trim Ford has ever offered and is in some ways better than what Lincoln offers.

What makes the Platinum so special? It takes the Explorer to a completely different level with a variety of features above the Sport trim level. For example, a Sony premium sound system, dual-panel moonroof, 20” bright machined face wheels with tarnished dark painted pockets and Nirvana Leather.  Yes, you read that correctly Nirvana Leather which is just as soft and luxurious as its name suggests. Plus, there is ample storage for families including a second-row buckets seats with a deep storage bin for holding technology in our test model.

Another cool feature is the power fold-down and stow third-row seats in our test model. These seats can both fold together forward, reverse back into the rear to create a flat floor or can be folded one at a time depending on what you need to carry. This provides great variety and functionality for carrying a variety of items.

The storage for families isn’t a small item either. Combined with other handy features like the power-adjustable pedals with memory, park assist, rain-sensing wipers, hands-free liftgate and an optional second-row DVD player, the Ford Explorer Platinum is built for anyone to be able to drive it comfortably.

This drivability is no doubt part of its appeal to millennials and women. Ford says their recent surge in SUV sales is led by growing interest among 25-34 year-old buyers and women with the latter preferring the Explorer more than any other SUV on the market.

Sitting behind the wheel, it is clear to see why these buyers appreciate this SUV. Not only does it offer great visibility, the seat and pedal adjusts to fit a large variety of body types. Also, it is surprisingly nimble to turn as well as quick on the takeoff thanks to a 3.5L V6 EcoBoost engine (Ford also offers a 2.3L). Finally, with hands-free parking, all you need to do is push a button and let it park for you. This is quite handy in busy shopping centers or downtown parking situations.

With all of these features and styling improvements, there were still a few items that could be improved. For example, the shifter is a bit awkward, the step in/out height of the door lip could easily catch your foot causing a trip hazard and it really could use a grab handle bar.

Also, the numerous technology offerings, the near-luxury offered by the seats and plentiful cargo room matched by its good looks make it easy to see it being a top choice for many buyers. While Buick may be making good use of the “that’s not a Buick tagline,” after seeing the 2016 Ford Explorer Platinum you will be saying, “that’s not a Ford.”