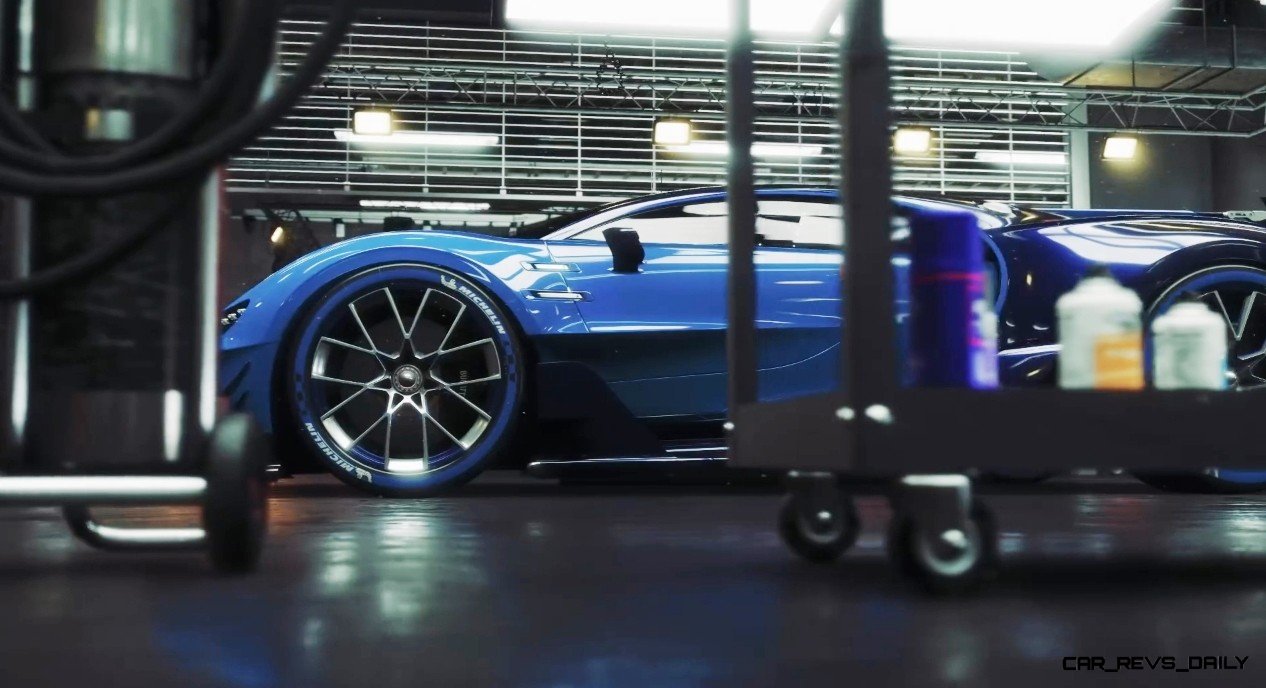 Here is a brilliant idea that took two decades to achieve!

One of the most potent profit engines in the PlayStation empire, the exclusive console arrangement has been a golden goose for parent Sony. But the development of the game by Polyphony Digital is so exhaustive that a spin-off game was long thought just a drain on resources. Fans were already waiting rabidly for the mid-decade updates of Gran Turismo since its launch, now up to GT6 as the latest and greatest.

What started as a vaguely frontier investment in gaming for Sony in the late 1980s —  console gaming with private-label/exclusive releases — has become a total rockstar. And that makes sense. Consumer electronics are in the dumps, and no one has craved a yellow Sports Walkman since Gran Turismo made it big. Now on the sixth franchise, we finally have a true spin-off for this PlayStation hero: GT Sport.

First trailer is below, with a public Beta coming early in 2016 to all PS4 peeps.   Note: it appears GT Sport may be limited to PS4.

So, What is Gran Turismo SPORT?

Its title cup is the FIA Gran Turismo Championships — a strong vote towards the new motorsports direction of A-spec and B-spec play modes. For those without seat time, GT basically operates in two twin story modes. You both race and build up your cars via tuning and trading as a driver. But you also manage a team as the crew chief.  And that combination of racing immersion is one of the most thrilling stages of GT gameplay.

Once you have sold off or just stopped racing your 500HP WRX or GT-R in pilgrim race classes, you move up. You keep moving up to HARD tracks with HARD racecars. Hard races to podium, let alone win. After five or ten laps of the long and wild real-world tracks, GT wallops the brain with eGame love.

So GT Sport?  Seems to focus on the fastest racecars, the most epic future prototypes, and the greatest wildcards in racing history. The whole tagline below in the video celebrates the next 100 years of racing.

With more than 75 million cumulative sales (*) around the world, Gran Turismo has revolutionized the driving game genre.
The next evolutionary step in this history-making series will soon be coming to PlayStation®4.
Get ready to be taken to new unforeseen heights with “Gran Turismo SPORT.”

That Gran Turismo SPORT will feature highly evolved graphics and sound quality, not to mention a totally revamped physics engine,
should come as no surprise. The true beauty of Gran Turismo SPORT goes much deeper, as it will forever change
the way driving games are seen. It will redefine the very definition of “gaming” and “motorsports.”

Two FIA online championships will be featured in Gran Turismo SPORT.
What makes these new series special is that the gamer has the option of either playing or simply spectating to take
in the motorsports experience as a fan. In the Nations Cup series, players can either drive for their home country
or stay on the sidelines and root their countrymen on, while the Manufacturers Cup allows them to
drive or support their favorite car maker. In both cases, the gamer is provided
with the complete motorsports experience.

And best of all, the winner of each championship will be coroneted in the same way as a real-life race winner, at a prize-giving
ceremony held by the FIA. This will mark a historic moment in video gaming as Gran Turismo
will officially be recognized as a motorsport.

Gran Turismo SPORT will still offer plenty of enjoyment to those who have never experienced a driving game before—introducing them to how fun driving can be—while at the same time satisfy the demanding standards of the seasoned Gran Turismo player.

With more than 100 years of racing history, the FIA is the foremost player on the world’s motorsports stage, and the collaboration with
Gran Turismo SPORT is indeed historic. That is why Paris, France, was chosen as the place to make this announcement, as
it not only serves as the home of the FIA, but it’s where motor racing first started.

Gran Turismo looks forward to shaping the next 100 years of motorsports as a partner with the FIA.

Working alongside the historic FIA, to develop a game that continues to be more realistic and authentic, the online racing championships promise to offer something new for players.

But it’s not just about online racing; the GT teams have continued to build on the games legacy of accessibility to ensure that the game is open to all to enjoy.

With the beta expected to begin in Spring 2016, it won’t be long before players can experience all GT has to offer on the power of PS4.

Vector Announced for PS4, Developed in Collaboration with Avicii

MatterFall on PS4 is the Latest from Arcade Experts at Housemarque

Until Dawn: Rush of Blood Coming to PlayStation VR

Robinson: The Journey Announced for PlayStation VR from Crytek