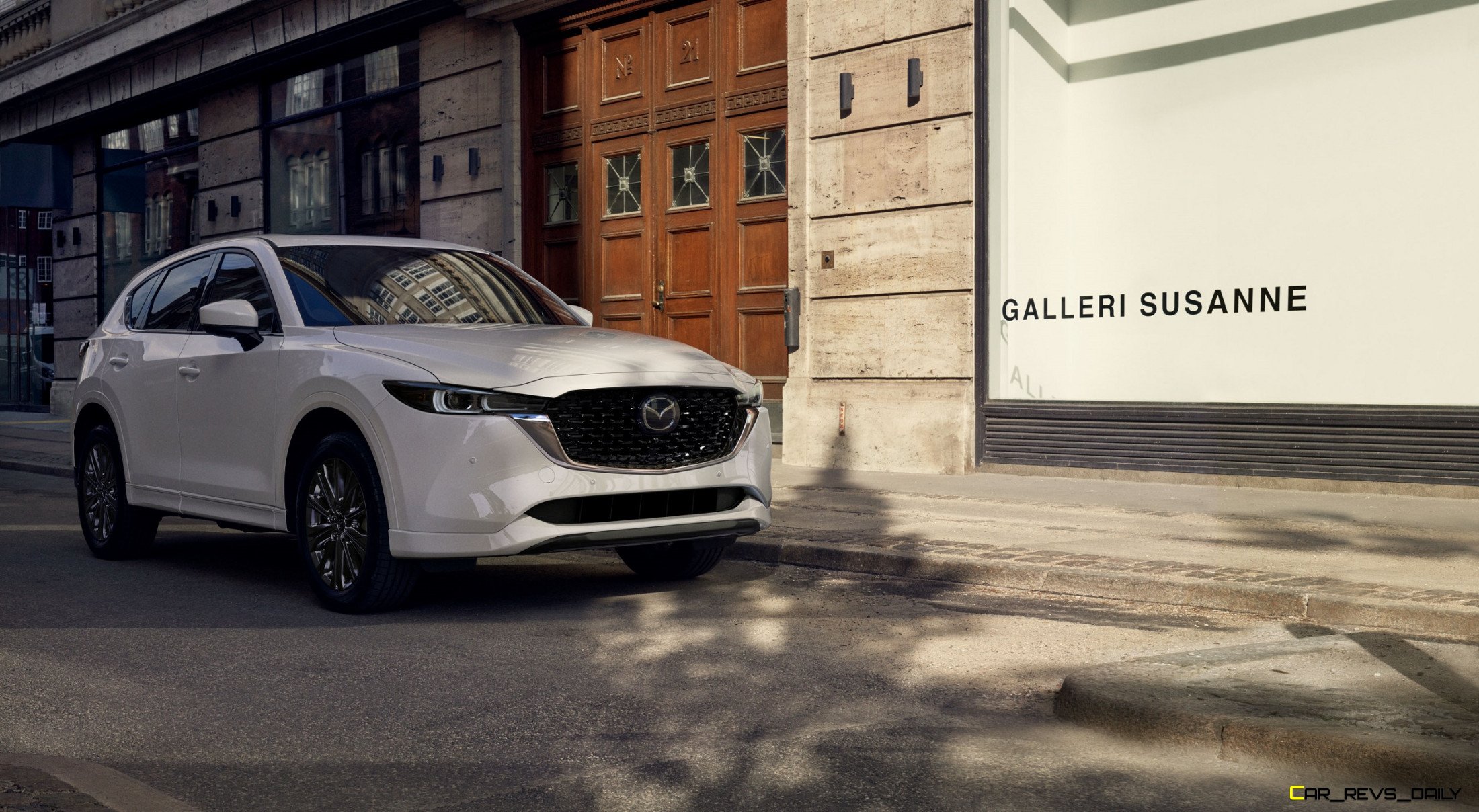 The Mazda CX-5 is one of the few in the utility vehicle segment that has managed to nail the perfect balance of sport-inspired performance and value-focused luxury that can actually blur the line between mainstream and luxury when equipped properly. But even the ultimate jack of all trades needs to be refreshed once in a while, and the company has unveiled the updated 2022 CX-5, which follows closely on the heels of its recently unveiled Chinese market cousin.

Subtle Evolution Focuses On The Essentials

The exterior styling of the 2022 CX-5 shares a lot of its basic traits with the 2021 model, and at first glance, some of the changes Mazda stylists made might fly under the radar of many enthusiasts and customers. However, a more detailed inspection reveals tweaked head and taillights with both ends now incorporating rectangular LED units to help provide a sharper look. Mazda even reworked the front grille with the old mesh texture being replaced by a 3D effect design. Mazda will also be offering an all-new alloy wheel on the CX-5, but it will be limited to certain trims. 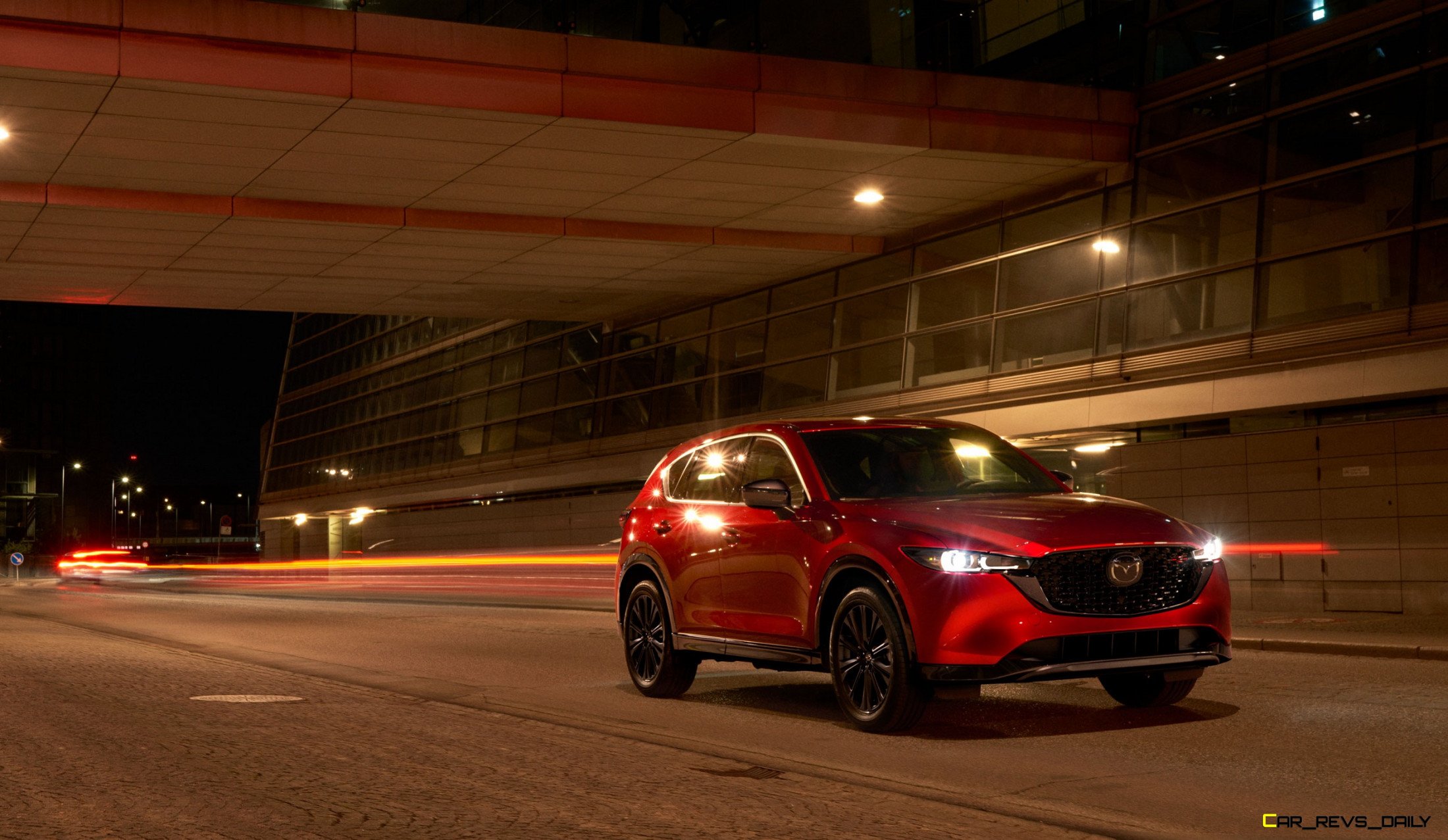 Speaking of trims, the 2022 CX-5 says goodbye to the Grand Touring Reserve model (long name eh), with the axed trim being replaced by the all-new 2.5 Turbo model. Turbo models will also be much easier to spot in dealer lots, with Mazda designers adding some new design touches to help them stand out from their naturally aspirated counterparts. While it’s nothing too out of the ordinary, these models come with additional black trim pieces and some splashes of red-hued contrast trim for the cabin. Mazda also added a new drive selector dubbed Mi-Drive, which could offer more drive modes to drivers than the current Normal and Sport modes.

Buyers that choose to step up to the 2.5 Turbo Signature will get a ride that features body-colored wheel arches and mirrors while the inside gets real woodgrain trim and butter-soft Nappa Leather upholstery. Sadly, only words will describe the interior for now, with Mazda not releasing any pictures of the cabin in their original press material, but look for the design not to stray too far from the impressive lines already seen in the 2021 model.

As mentioned, the 2022 CX-5 is a subtle update versus an outright revamp, and that means unchanged performance hardware for the most part, with both 2.5-liter engines being carried over. The transmission is also carry over, but Mazda engineers tweaked the software to provide smoother shifts. At the same time, the suspension has been reworked to improve ride quality and reduce excess road noise. 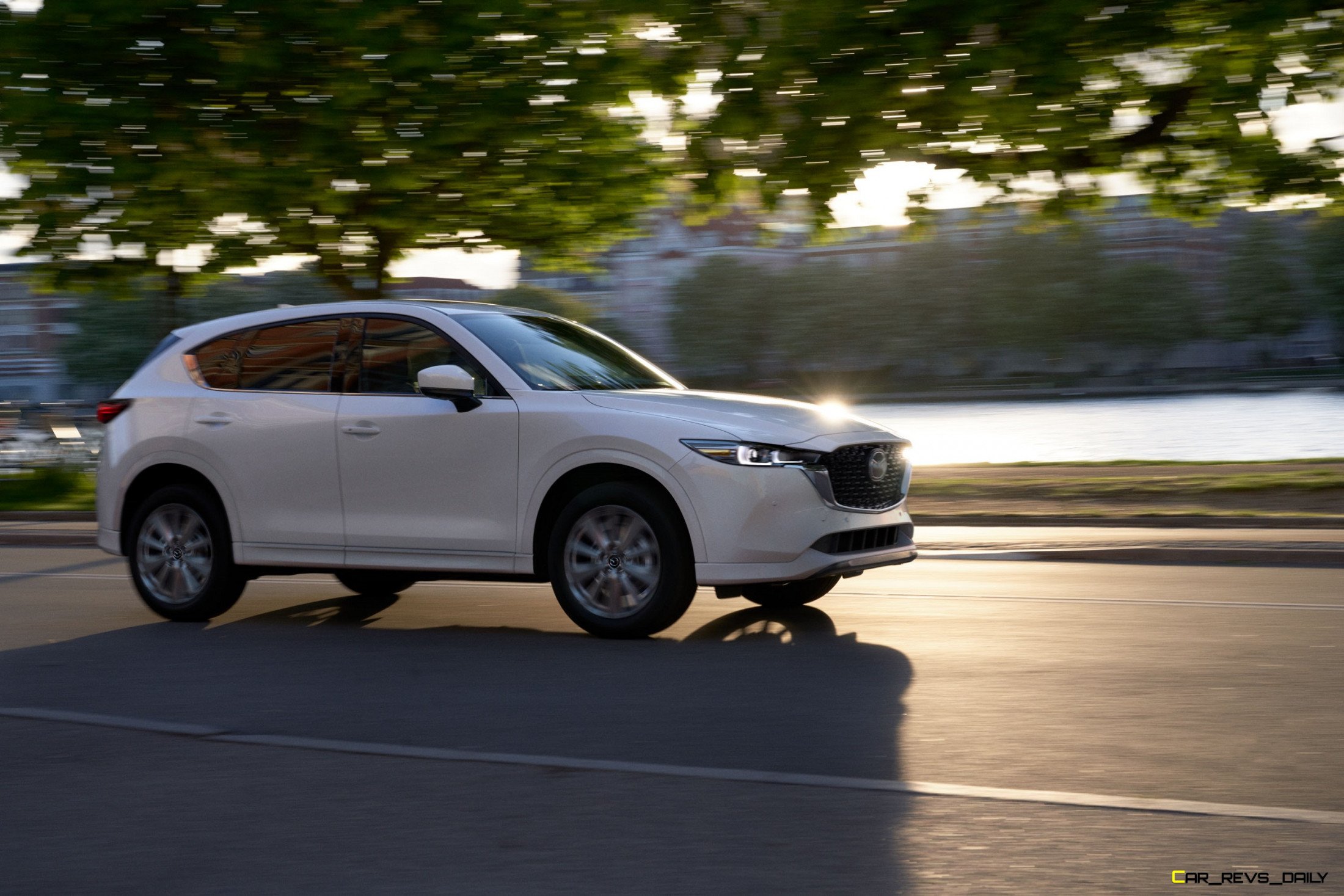 A bigger change is found in the drive layout with the front-wheel-drive being pitched for ala carte i-Active all-wheel drive with all CX-5 models coming standard with the technology. The CX-5 will also be a glimpse of the future in this regard as well, with Mazda revealing that all CX badged offerings will have standard all-wheel-drive moving forward. This is most likely a nod to current sales trends, with many customers ditching front-wheel drive for the four-season confidence that an all-wheel-drive system brings to the table. This even extends to the base entry-level trim, another indicator of Mazda’s commitment to bringing the technology to buyers of all budget levels.

Mazda didn’t reveal formal distribution information for the 2022 CX-5 but with the light updates that the model has received, look for it to make its appearance either later this year or early next year. We hope to hear more pricing information by then, though look for this iteration to only offer minimal changes at most to the pricing ladder.

The appearance of this model also coincides with Mazda’s recent confirmation that the next-gen CX-5 will switch to a rear-wheel-drive platform and have inline engines, but we still don’t know when it will arrive here in the U.S. but don’t expect it for a few more years.