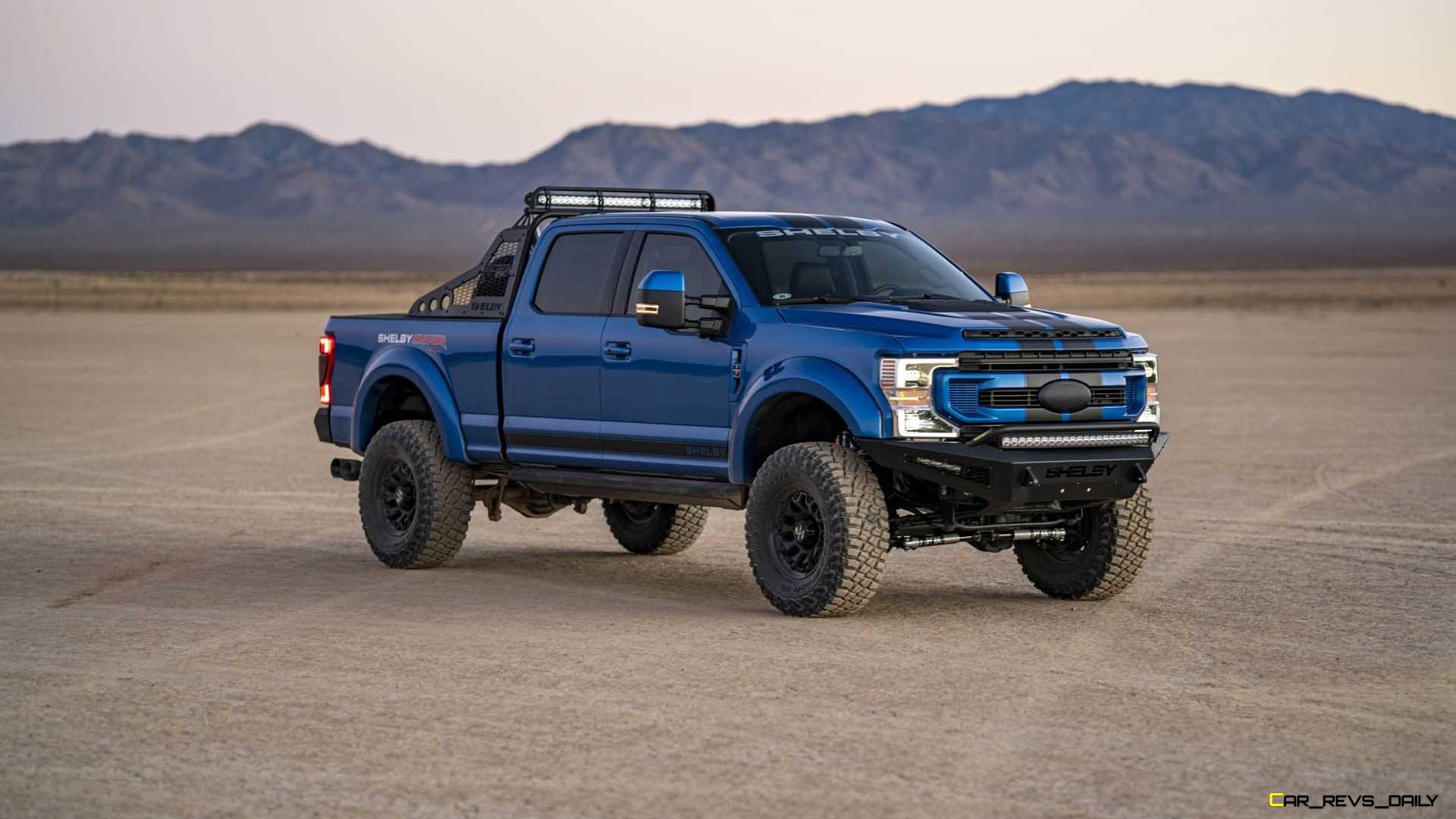 Are you an off-road enthusiast that looks at a Ram TRX or even the recently unveiled Ford Raptor and thinks they are not outrageous enough? If you prefer an extra pinch of insanity to go along with a bigger rig to bust through off-road trails, the folks at Shelby might have the solution to your problem, the Shelby F-250 Super Baja.

Bigger and Brawnier Than Ever

As the name implies, the F-250 Super Baja is built on a donor F-250 Super Duty, but it’s far removed from its days as a mere Lariat Ultimate model. Shelby designers have given the truck a brand new hood that comes bundled with a functional air vent. LED light bars are installed into the lower part of the front grille and the roof. Meanwhile, powder-coated front and rear steel bumpers help enhance its mean looks and also allow the truck to have the durability to take serious punishment out on the trail.

The fenders are painted to match the body, and occupants will be able to easily enter the truck thanks to power-operated steps that come with bundled lighting and rock sliders. A prominent sport bar is installed on the bed, giving the Super Baja an extra injection of sportiness that is not bad for a truck as massive as this one.

The Super Baja interior still retains the core essentials that define a typical F-250, with the cabin being an extremely spacious place to spend time in. Changes here are mostly on the minimal side, with designers upholstering the seats with an all-new leather material that’s adorned with prominent Shelby logos. The gauges themselves have rings made out of stainless steel, and splashes of carbon fiber are present throughout the interior.

While the changes here may not be as extreme as some of their other pickup efforts, this is not necessarily a bad thing. The F-250 Super Baja is designed to be a trail buster versus a rolling luxury yacht, and as a result, you will want a cabin that not only can provide world-class comfort but can also be easily hosed down and cleaned after a long day out on the trail. Along with the Shelby add-ons, the rig still retains elements from its past, with the Lariat Ultimate trim bringing goodies such as heated and cooled seats to the truck as well as a comprehensive suite of towing aids.

Shelby engineers took a bit of a different approach here when it came to the Super Baja upgrades. While the firm si is known for tinkering under the hood, they chose to leave the 6.7-liter turbodiesel alone, with the engine continuing to produce 475 horsepower and 1,050 lb-ft of torque. Things get much more interesting in regards to the suspension, which has seen a whole host of changes.

A BDS sourced lift system helps enhance ground clearance, while front radius arms and a dual steering stabilizer help fortify the vulnerable components. Fox 2.5 adjustable coil-overs also come along for the ride and include piggyback reservoirs for the rear-mounted ones. All of these upgrades should allow the truck to effortlessly handle a wide swath of obstacles while also being the focal point of many conversations at the local car meet.

Like other Shelby creations, an interested buyer must procure the F-250 Lariat Ultimate donor truck. After that’s done, it’s shipped to Shelby’s Las Vegas facility, where it transforms an F-250 Super Baja. Base pricing starts at $125,805, which is before any optional extras as well as various fees.

Oh, and did we forget to mention that the Super Baja will be a very rare beast? Shelby is limiting the truck’s production to only 250 examples for 2021, so buyers will have to act quickly to secure their spot on the small waiting list.