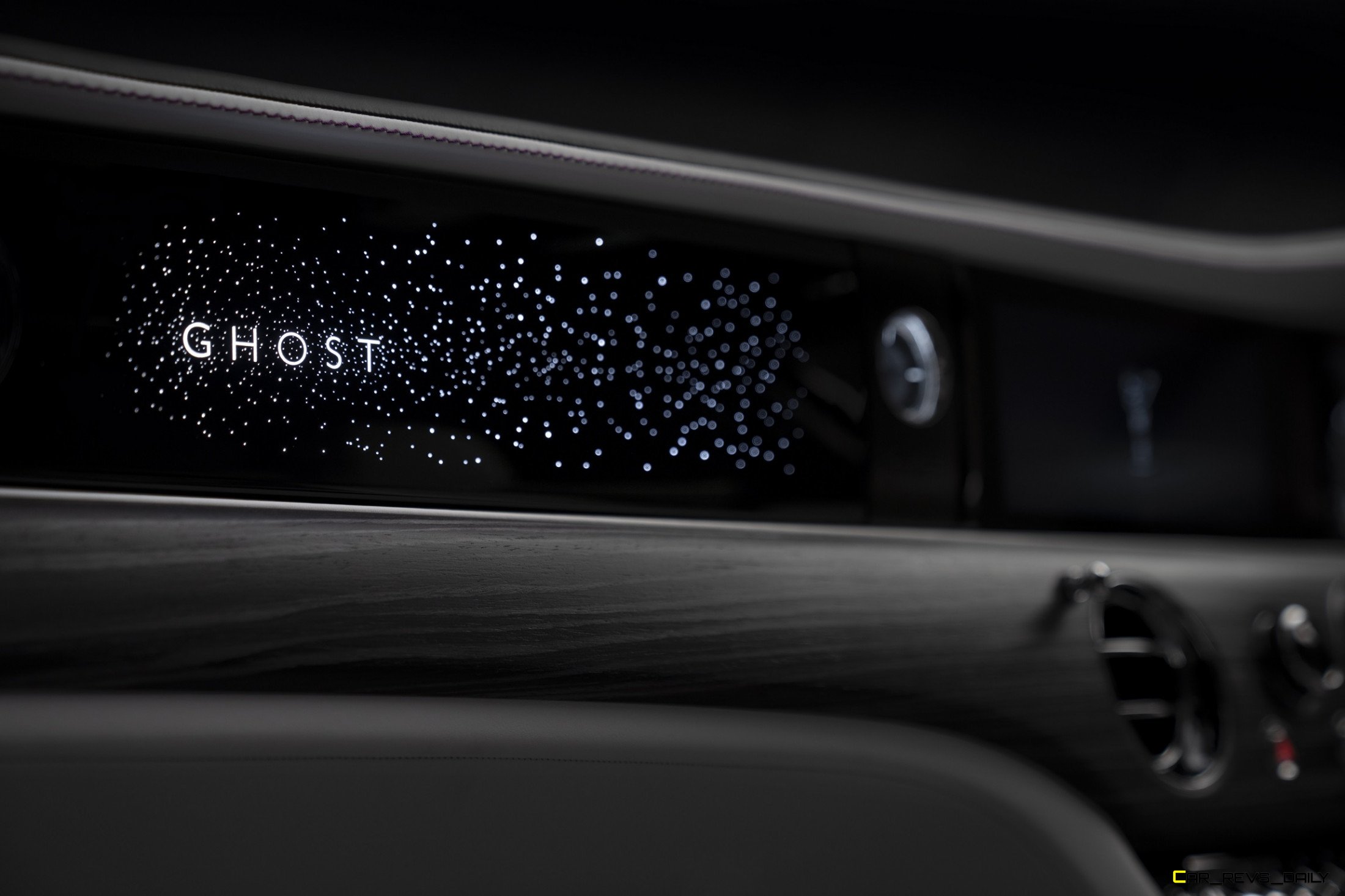 Remember the splash that Rolls Royce made a few years ago when it introduced the world to its Starlight Headliner? The ritzy piece of optional equipment transformed the roof of a model equipped with it into a very good representation of the night sky thanks to the use of strategically placed LED lighting elements. Rolls even added a shooting star effect in later models for an extra degree of realism. But how do you top something as elaborate as that? Rolls Royce managed to find a way to do just that. 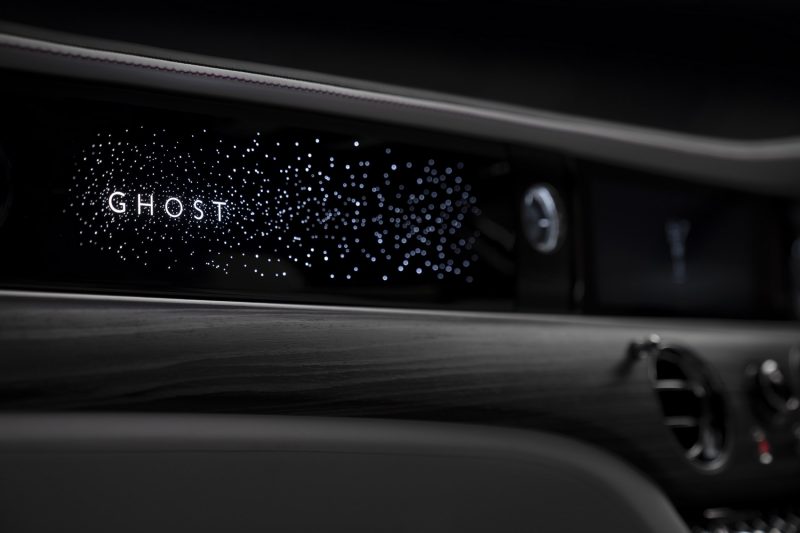 Dubbed (perhaps pompously) the Illuminated Fascia, it uses the Ghost nameplate, and surrounds it with 850 LED stars. The feature took over two years and 100,000 hours of development to complete, with the end result being a very impressive and segment leading piece of dash trim. To help light up the word mark and the adjacent constellation of stars, Rolls Royce developers used 152 LEDs with the units remaining invisible when the car is off. Once the driver starts the car, the whole assembly is evenly lit using a two millimeter thick guide with more than 90,000 laser etched dots that are all scattered across its surface.

The British luxury car maker claimed that this was done to help create a twinkling effect while your eyes move across the dash area. This technique is roughly similar to the Starlight Headliner which has 800 to 1,600 perforated holes to accommodate fiber optic lighting elements. Three layers of composite material are used in the construction of the passenger dashboard, with a piano black piece that is laser etched to get rid of the excess black coloring while also allowing light to shine through the “Ghost” lettering and the constellation. A second dark layer of lacquer is used to hide the lettering when the car is off, while a third glossy layer is hand painted to help seal off the finish.

Aside from revealing the first of what will undoubtedly be many “Bespoke” features for the Ghost, Rolls also revealed that the Ghost’s premier will take place a week from now on September 1st.