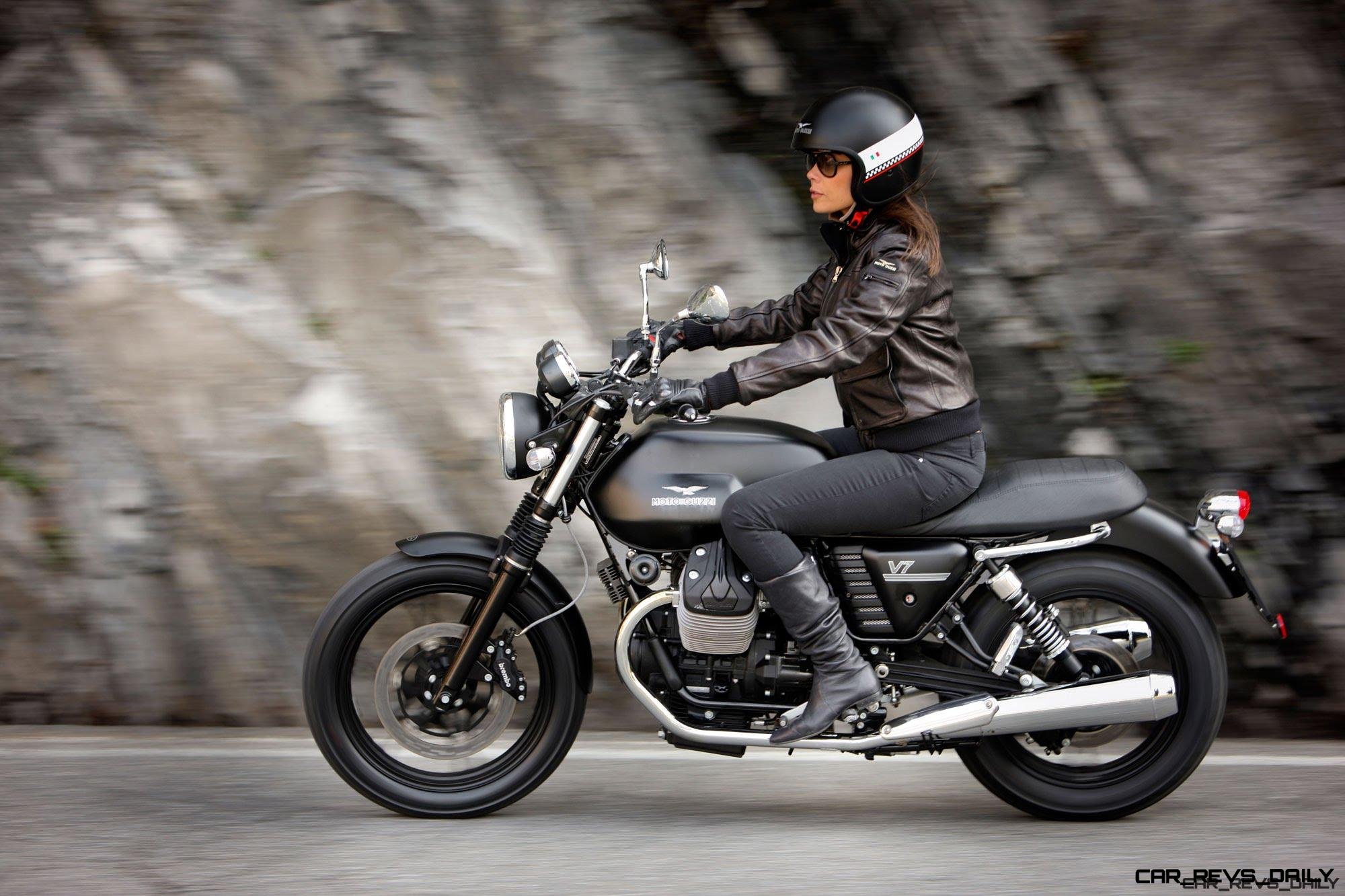 Dust off your helmet and pull the cover off your bike — spring is here (or at least almost here… sorry East coast people who are covered in snow) and it’s time to get out and ride. The change in weather means you can once again enjoy the open road aboard your two-wheeler, and if you’re in the market, 2017 has brought at least five new ways to do that.

These five new bikes have something to offer for everyone, from first-timers to seasoned road warriors. Motorcycle technology continues to advance at an amazing rate, and that means each year, the offerings from manufacturers get a little better. Here are 2017’s finest bikes to peruse:

The V7 Stone is like the model 1911 of motorcycles: a reliable classic with enough performance to stay relevant with zero pretense. That’s why the updated version 2.0 deserves your attention. For 2017, this V7 refresh gets a new 750cc V-twin that sounds every bit as good, if not better, than the old Guzzi twin. Teaming up with the new power plant is a six-speed transmission that gives improved acceleration compared to the old 5-cog.

If this spring is your first time getting familiar on a bike and you’re in the market for something new, the 310 R is an accessible way into a prestigious brand and offers great style thanks to its quality paint and exposed look. Performance isn’t blistering at 34 horsepower, but at a feather-light 350 pounds, it’ll get you where you need to go. It might save you from some of the mistakes newbies often make on more powerful bikes.

Don’t fix what isn’t broken is a philosophy Honda can probably employ given the wide acclaim its CBR500R has received. Like Porsche making a few choice tweaks to the ever-improving 911, the 2017 500R gets a suspension update, refreshed styling and a breathed-on intake and exhaust system. Same great taste, new look!

If a café racer with the luxury of modern tech sounds appealing to you, the Street Cup might be your cup of tea. Triumph has been building café racers since before they were vintage, so it’s no surprise they’ve nailed the styling, forward seating position and low handle bars. The modern part? It’s got ABS, supple suspension and a 900cc opposed twin.

Another brand with ample street cred is Yamaha, and with the SCR 950 it has perfectly captured the spirit of ‘70s scrambler-style bikes. The SCR 950 sports retro-stripe styling and a price that’s approachable since it uses the bones from the Bolt cruiser, from which it also borrows its 942cc air-cooled two-pot. Unlike the Triumph, this bike has an upright seating position that makes it more appropriate for off-road jaunts and more comfortable for regular use.

BONUS: Your own old bike

While it’s great to ride something new, it’s always nice to dust off your old bike that’s been sitting in the garage or shed for several months. Spend a few hours prepping it before you hop on and go. Change the oil, check the coolant, and clean your chain or you’ll end up with a very short rid and the possibility of some expensive repair.

It’s time to hit the road again, so do it in style.