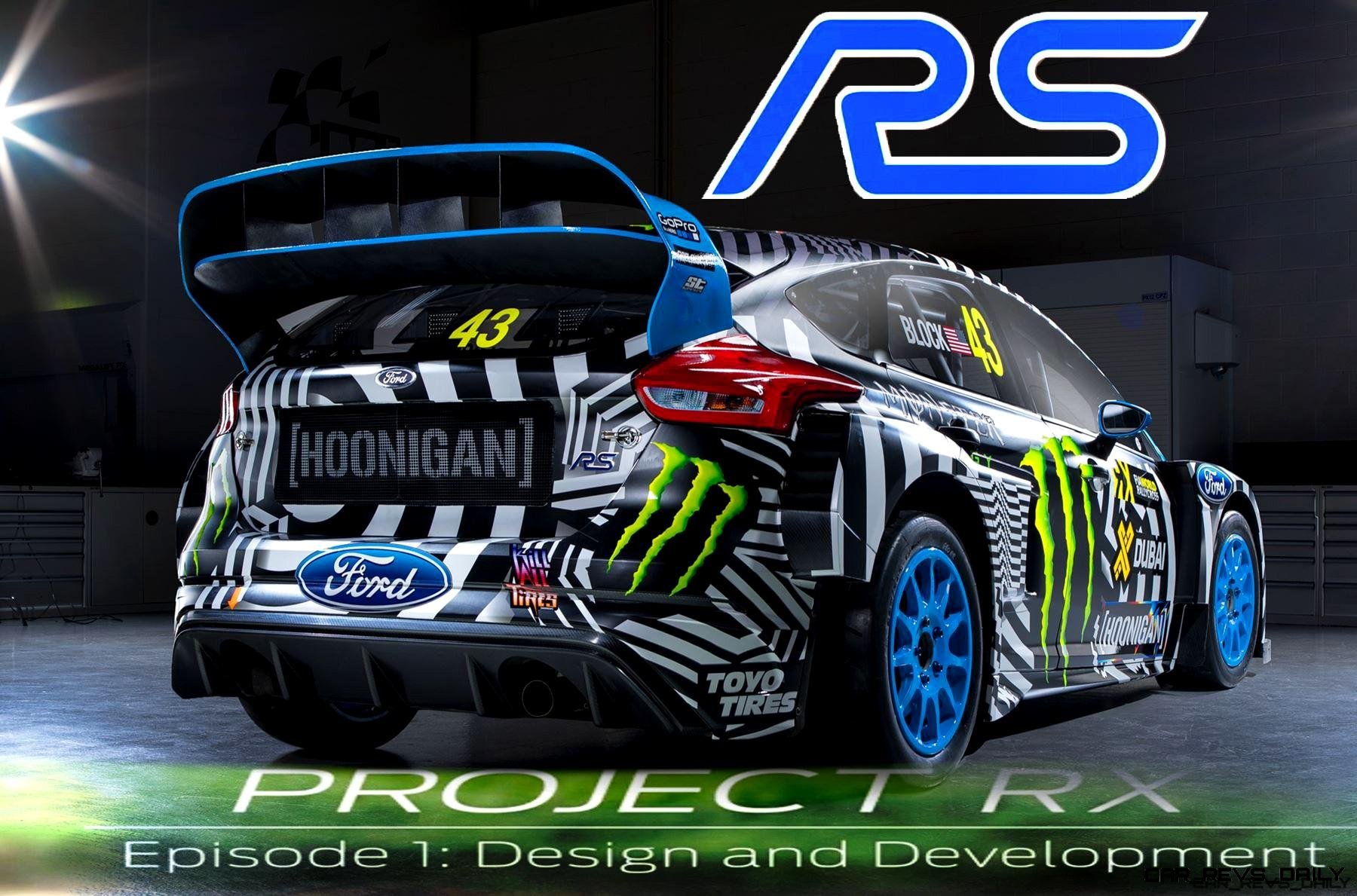 
This four-part documentary series will highlight various elements of the Ford Focus RS RX vehicle development, along with behind-the-scenes access and interviews with the engineering team and drivers.

Ford vehicles wearing the RS badge have had winning participation in rally for decades.  Because the RS badge is reserved for vehicles that display the highest level of Ford Performance technology, automotive enthusiasts have been incredibly excited about the latest version of the Ford Focus RS.  Their unbridled passion, in addition to the vehicle’s global release, made 2016 the perfect year for the program’s debut to a new generation of motorsports fans.

M-Sport is exclusively appointed by Ford Motor Company as long-term development partners for rally and rallycross products based on Focus and Fiesta models.

DETAILS
The Ford Focus RS RX vehicle development is Ford Performance’s factory program in the FIA World Rallycross Championship series. “Project RX” takes an inside look at the development process between the Ford Performance team based in Dearborn, Michigan, the UK-based M-Sport, and Hoonigan Racing Division.

QUOTES
“Rallycross is a sport that requires the best…it requires you to perform at levels that are world class. We’re going to use this to prove our technologies and capabilities. The partnership [with M-Sport] is unlike anything we’ve done in the past, and this car is going to be the best.”

“We’ve been doing a bit of to and fro with the design studio. At the end of the day, even the guys in the studio admit that this car is out to win races. It has to look good, but it has to perform.”

“This project has been probably the most dynamic involvement of my team in a car like this. Trying to race at the highest level of the sport and doing it with factory help and with a race shop like M-Sport has been incredible.”

Ford Motor Company is a global automotive and mobility company based in Dearborn, Michigan. With about 199,000 employees and 67 plants worldwide, the company’s core business includes designing, manufacturing, marketing, financing and servicing a full line of Ford cars, trucks, SUVs and electrified vehicles, as well as Lincoln luxury vehicles. At the same time, Ford is aggressively pursuing emerging opportunities through Ford Smart Mobility, the company’s plan to be a leader in connectivity, mobility, autonomous vehicles, the customer experience, and data and analytics. For more information regarding Ford, its products worldwide or Ford Motor Credit Company, visit www.corporate.ford.com.