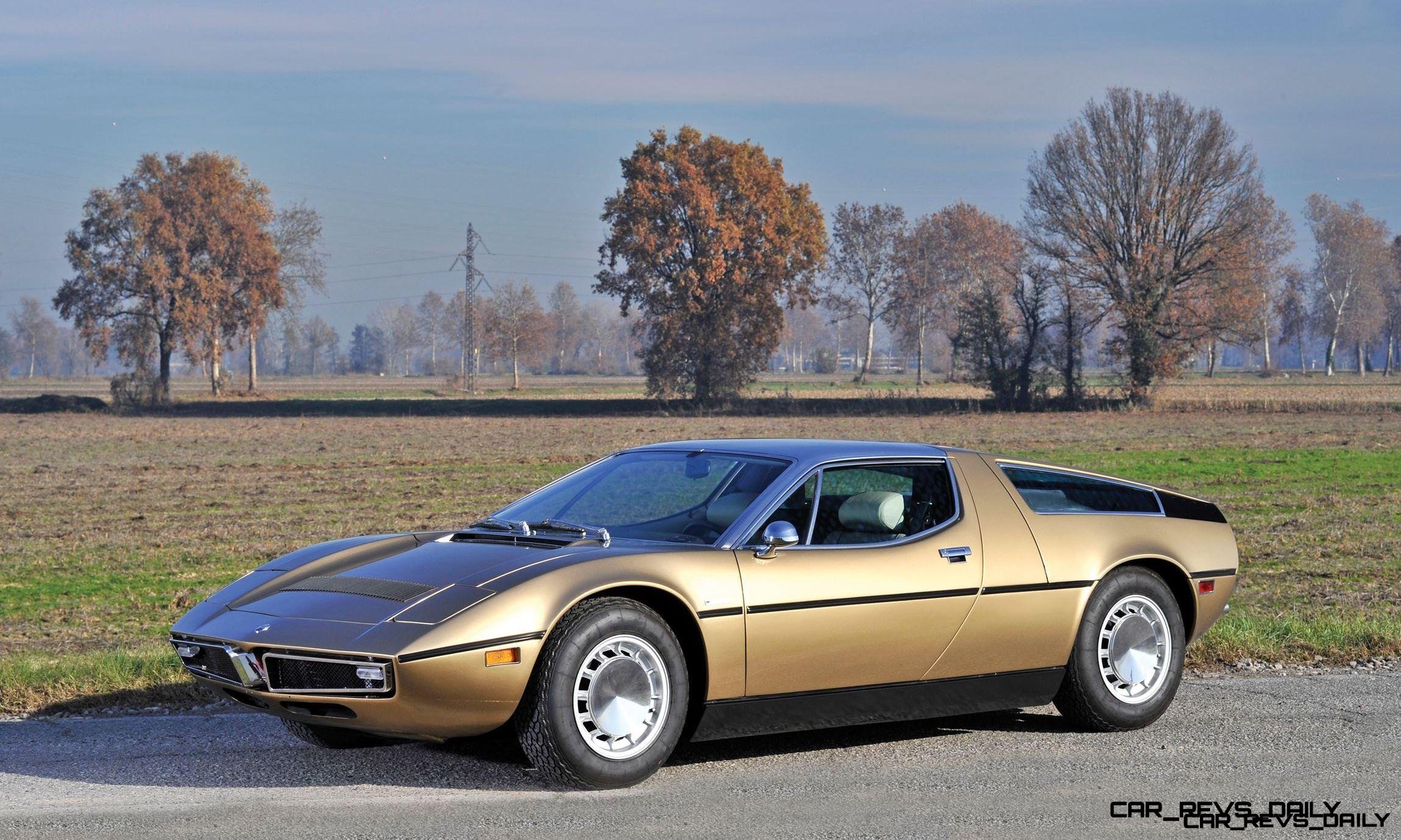 Giugiaro’s dream wedge was approaching production from various marques by the mid-1970s, and for Maserati, represented a swing for the fences.  Big leagues.

But the car?  Still quite a fetching design icon from the past — yet lively today and ready for the future.

With its rich racing heritage, Maserati has a long and storied tradition of producing beautifully designed and fast GT coupés for discerning enthusiasts. In March 1971, under Citroën’s control, the Bora was unveiled at Geneva, and once again, Maserati selected the name of a wind for its dramatic Giorgetto Giugiaro-designed mid-engine GT.

The Bora featured a sporty but comfortable air-conditioned cabin and a sophisticated, innovative chassis. Citroën encouraged high-pressure hydraulics for the windows, pop-up headlights, adjustable seats and pedal box, and vented disc brakes. With its powerful 320–brake horsepower, 4.9-litre V-8 and five-speed gearbox, the Bora was capable of 0–60 in 6.6 seconds and a top speed in excess of 170 mph.

Just 564 Boras were built from 1971 to 1980, of which 275 were powered by the desirable 4.9-litre engine, including this Bora, which was featured in Marc Sonnery’s book, Maserati, the Citroën Years.

The car is presented in its original colour of Pine Green and has benefitted from a lifetime of careful maintenance rather than a full restoration. In recent years, it has been cared for by Maserati Specialist Marcello Candini of Modena, with replacement water pump, alternator belt, oil pressure transmitter, fans, bulbs and filters fitted. Accompanying the car is a detailed condition report, undertaken in October 2015, which highlights the originality of the car as well as its fluid driving style.

Well received ever since its introduction at the 1971 Geneva Auto Show, but underappreciated in recent years, the Bora is now a GT in ascendance, attracting the attention it deserves.