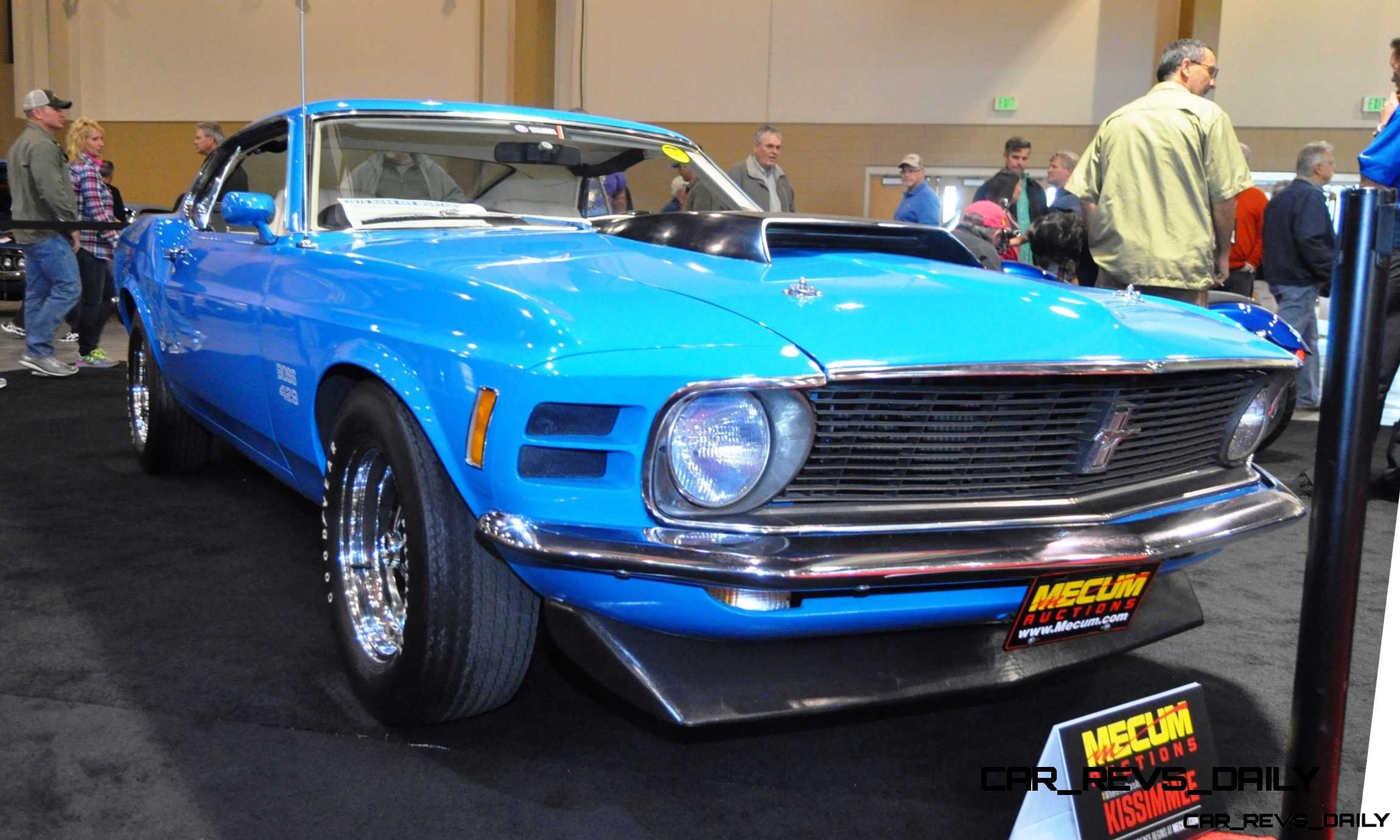 Even so, this Wellborn Musclecar Museum Boss 429 Fastback is a real hero in the flesh. Larger and meaner than the first few years of pony-cars, this beast looks hungry for blood.

Its fantastic blue paintwork surely helps seal the period mood: this Mustang is a forever icon of its era. A squealing-tire time-capsule. This 1970 Ford Mustang Boss 429, Kar Kraft number 2097, is another incredible treasure from the Wellborn Musclecar Museum in Alexander City, Alabama. According to renowned Boss 429 specialist Ed Meyer, this well-documented 4,770-mile example is one of the top most original 1970 Boss 429 Mustangs in existence, and one of the most unique. The 1970 Boss 429’s defining elements are well known to enthusiasts. The Kar Kraft-installed, forward-mounted engine is the 820-A version with unique aluminum semi-hemi cylinder heads and Ram Air intake, solid lifter cam, rev limiter, a more efficient cooling fan and modifications to the fuel-emission system.

A 4-speed manual transmission with Hurst T-Handle shifter, nodular case 3.91 Traction-Lok rear differential, unique competition suspension and trunk-mounted battery completed the package. Meyer first heard about the car around 10 years ago on a trip to Carlisle and he was asked to inspect it for evaluation. What Meyer found was that, while it had been street raced early in its life, the car remained almost completely factory original but for larger rear tires, rear air shocks and a few minor incidentals.

Upon inspection Meyer rated the Grabber Blue paint and White interior in excellent condition and the trunk perfect. Meyer was then tasked with the job of reinstalling the original parts that were included with the sale of the car. One of 499 produced in 1970, this early production Boss 429 is further distinguished by two distinct qualities. First, the car is fitted with the unique California-mandated fuel-evaporative emissions control system that bolts to the driver’s side of the trunk floor where the compact spare tire is typically located. Fifty cars sent to California had the state-mandated fuel emissions equipment.

This car is the earliest known KK-numbered Boss 429 to be equipped with an emission fuel system. Meyer calls it “strange” that it was sold new in New York with this system, observing that it is believed to be a test or developmental car for installing the California fuel-emissions equipment. It was not a simple setup, and it employs a unique fuel system that is much more complex than standard equipment. The space-saver spare was relocated to the middle of the trunk to accommodate these components. The car’s other distinguishing feature is its Deluxe Décor interior, complete with Rim Blow steering wheel, Deluxe belts, convenience group and full Deluxe door panels, the latter feature exclusive to early production cars.

The car’s extensive documentation encompasses two factory build sheets, two factory invoices, the original window sticker, owner’s card and owner’s manual. Remarkably, the car has been driven just 4,770 miles since it was sold new at Larsen Ford in White Plains, New York forty three years ago. During its time on display at the Wellborn Musclecar Museum, this Boss developed a reputation among collectors as a reference-grade example, attracting studious restorers and enthusiasts from across the country to take photographs and document its every detail. This is thanks in large part to the well-preserved originality of the car.

Since its discovery ten years ago this rare jewel has been little-known outside the dedicated Boss community; now it is ready to take its rightful place as a pre-eminent example of the ultimate big block Mustang.