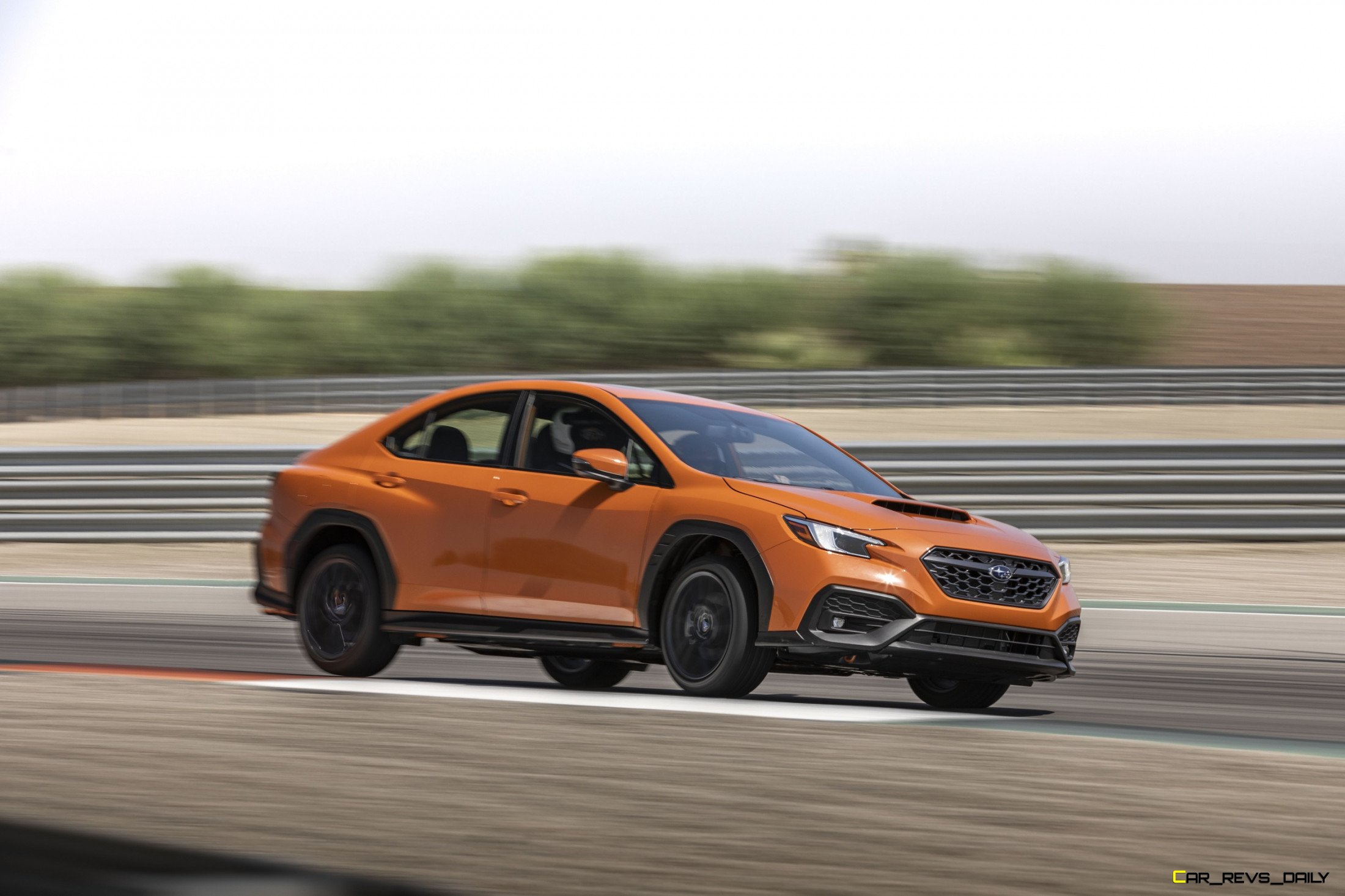 The cancellation of the 2022 New York Auto Show due to ongoing COVID-19 concerns forced automakers to completely rethink how they unveiled products that were originally intended to shine under the spotlight in the Big Apple. Subaru was a firm affected by the abrupt cancellation, but that did not stop them from unveiling the 2022 WRX, which aims to bring new performance to buyers and embrace the familiarity that has become a hallmark trait of the model.

When you first look at the 2022 WRX, you can see that it shares some of its core attributes with the standard Impreza, but Subaru went far beyond a mere copy and paste job and actually made some strategic styling tweaks to help the model stand out from other Impreza models. The nose and the headlights are cleaner and have a much tidier look to them. The lower bumper even features fog light jowls at the corners that promote a more aggressive look. The new WRX also has an increased amount of plastic cladding, but while that will certainly spur plenty of debate, Subaru claims that it helps add a more rugged look to the car. The rear of the WRX has a more cohesive look with the “magma style” taillights and the reworked rear bumper and fenders, all promoting a more aggressive look. Subaru even altered the fender stampings for the WRX, which helps create a wider look to them.

While we have to wait a bit longer to see the full-bore WRX STI version, the WRX, as it sits now, appears to be a very competent set of building blocks for such a model. Imagine the WRX’s look enhanced with a large rear wing, bigger wheels, and other minor revisions to help beef it up. All that remains is for Subaru to make it. 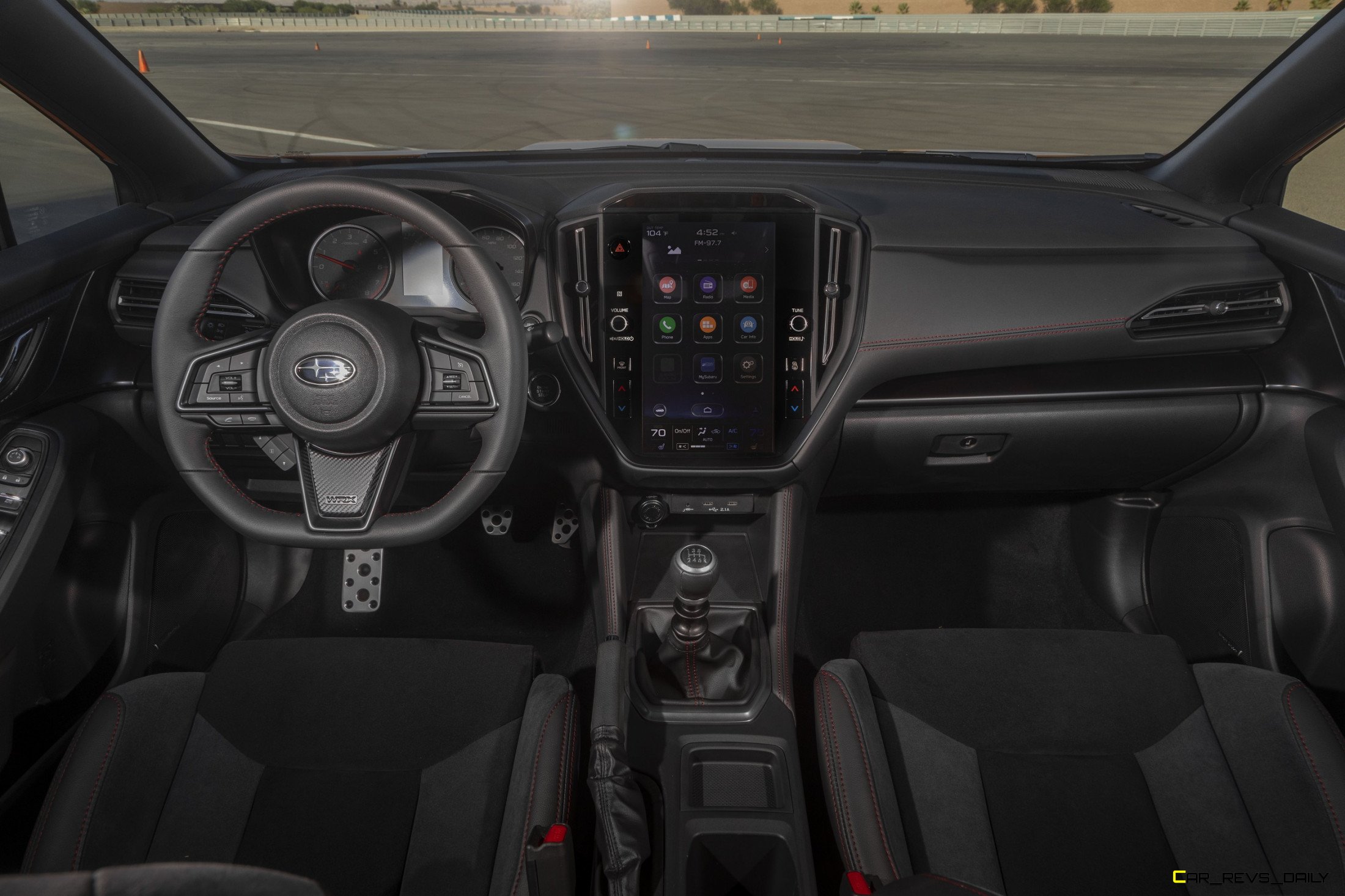 With the exterior projecting plenty of confidence and sport-filled charm, the interior largely follows the same script, but it goes a step further and adds a higher degree of luxury. Virtually every WRX model comes with a standard 11.6-inch portrait-style touchscreen infotainment system (base models are excluded), with Subaru engineers adding just enough hard buttons and dials to avoid some of the confusion that we have experienced with recent systems that prefer to use haptic touch or even the screen itself to operate certain functions. Apple CarPlay and Android Auto are standard and allow the WRX to cater to a younger market. 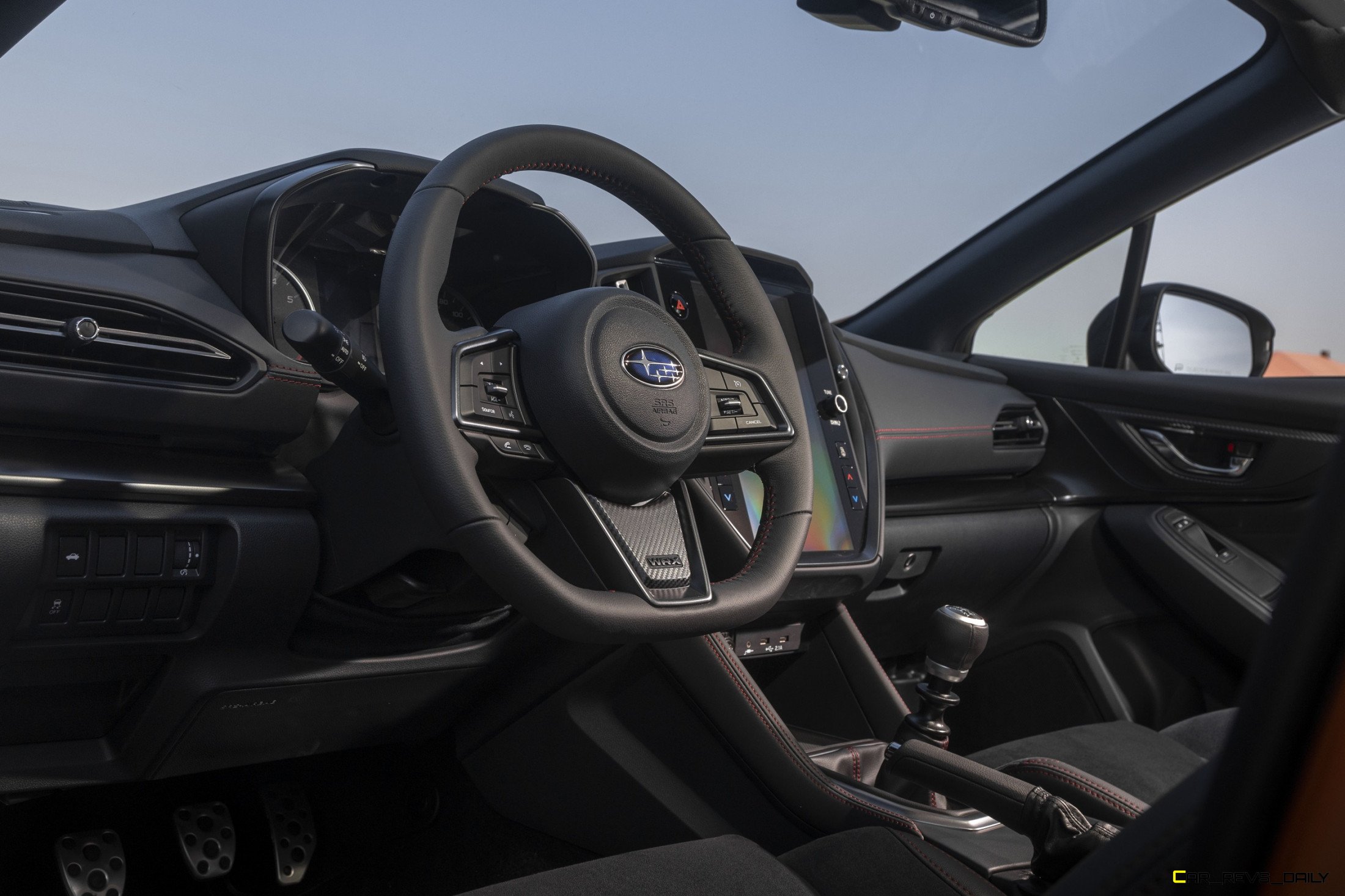 The cabin also appears to have a higher grade of plastics, and it looks like the seats were slightly reworked to provide more support. The 2022 WRX also debuts a new range-topping (for now) GT trim that further blurs the line between mainstream and luxury, with that trim coming with a premium Harmon & Kardon stereo, Recaro sport seats, and spiffy 18-inch alloy wheels. The GT also comes with adaptive dampers and even a drive mode selector, but the key caveat is that you can’t have the manual transmission with all GTs being CVT equipped only. 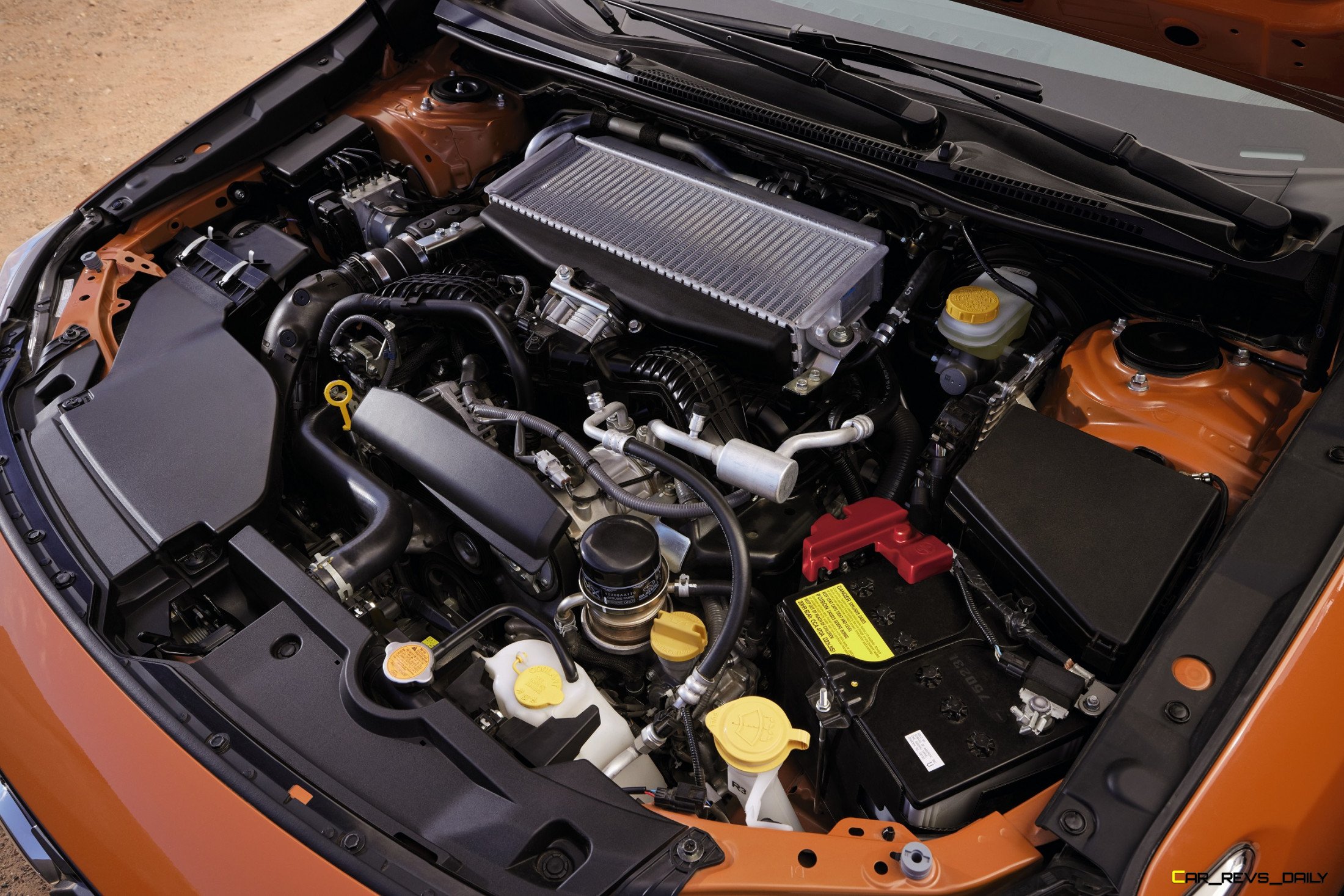 As mentioned, the 2022 Subaru WRX will come with two transmissions (a six-speed manual or a CVT), with both of them being mated to the latest version of Subaru’s 2.4 liter flat-four engine. The bigger displacement motor is paired with a turbocharger and an electronically operated wastegate, allowing the engine to produce 271 hp and 259 lb-ft of torque. While the power increase here is limited to a mere 3 extra ponies, and it might be a bit difficult to spot the benefits at first glance, Subaru claims that the engine has a torque curve that’s not only flatter but also broader too. 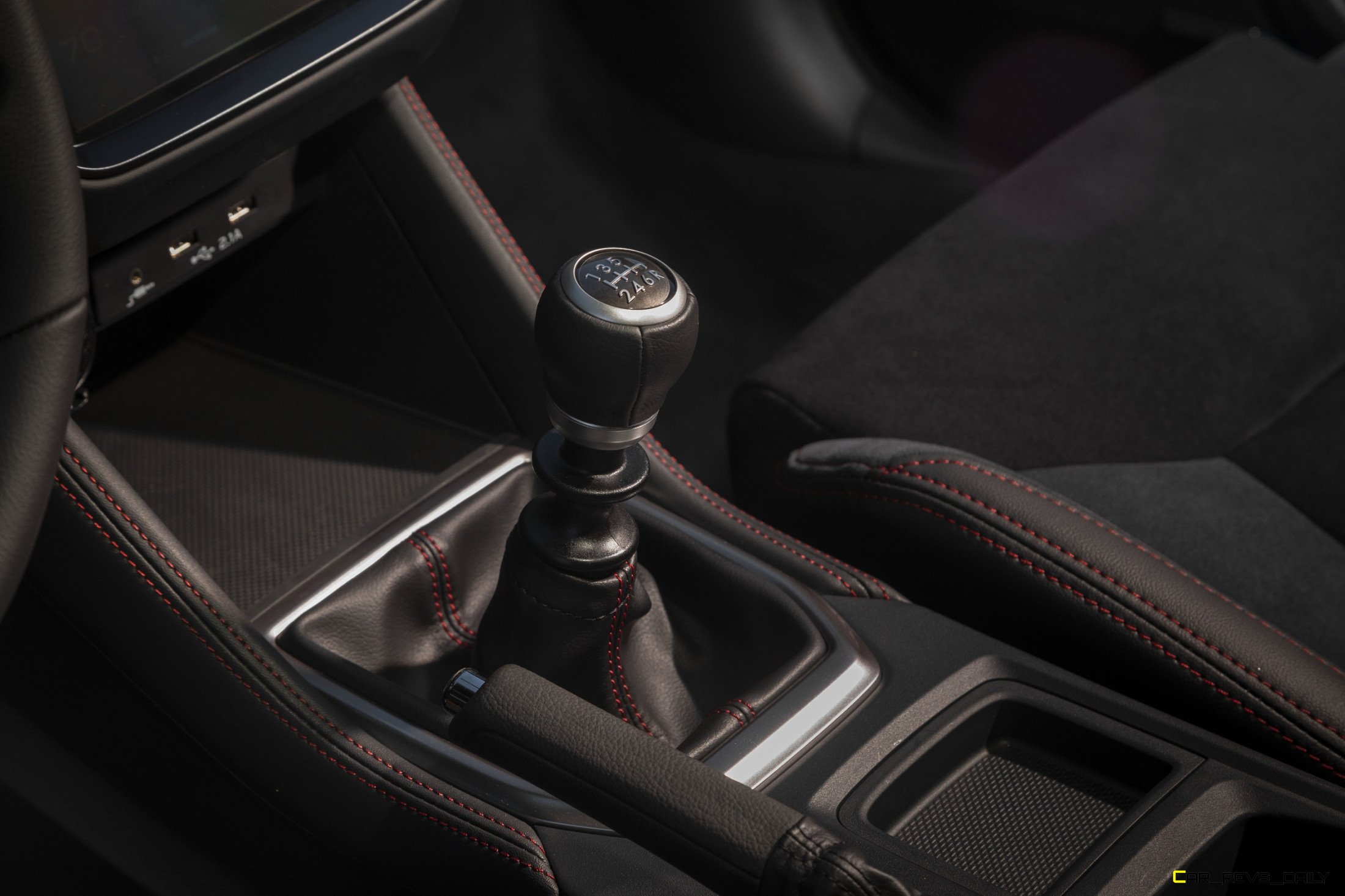 That should please WRX loyalists, especially those that like the amount of torque that prior WRX models have been known to possess. The WRX will also be in a very interesting place when it comes to some of its rivals. The era of epic battles with its former rival, the Mitsubishi Lancer, are long gone, but the WRX will go up against the Volkswagen Golf R, the Kia Stinger, as well as V6 equipped Dodge Charger GTs. 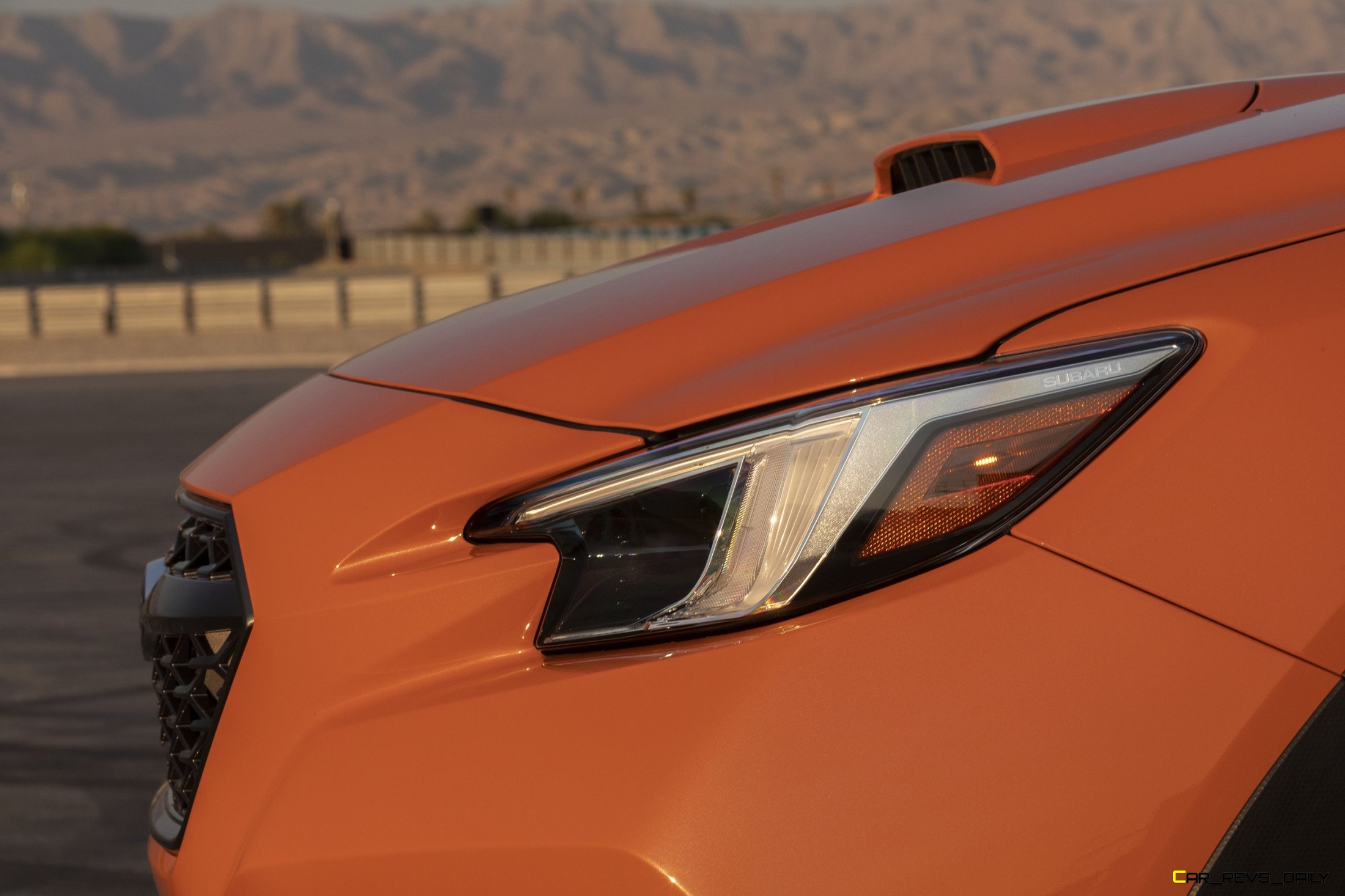 Subaru didn’t reveal official pricing for the 2022 WRX, but the company did confirm that the model will go on sale early next year, with the Base, Premium, Limited, and GT models all being offered at launch. The one somber bit of news is that fans of the hatchback variant will be disappointed to hear that Subaru will only be offering the WRX as a sedan for now, with no plans for a five-door variant.

We suspect that sales numbers and the current restrictions of the Subaru Global Platform played a collective role in not offering the hatchback. Still, Subaru might change its mind later on, especially if demand and feedback from WRX fans are strong enough to warrant the exploration of a possible hatch version.