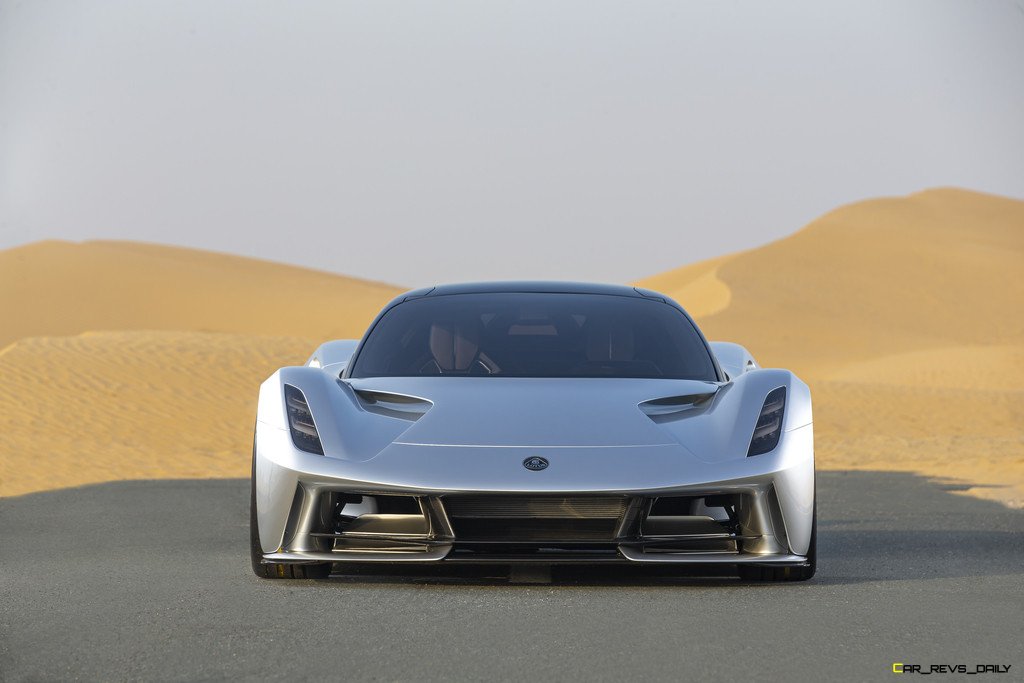 The Lotus Evija hypercar brings a number of firsts to Lotus. Not only is it the first ever offering in this segment by Lotus, but it is also the first fully EV to be ever produced by the company. The 2,000 horsepower generated by its electric drive train aim to make the Evija one of the quickest hyper entries ever produced, but ultimately the car’s futuristic fighter jet-esque styling is what draws stares at the end of the day. But amid the futuristic undertones, there is actually an impressive degree of functional purpose backed into the design, with Lotus choosing to highlight this in a brand new video featuring quotes from Lotus’s chief aerodynamicist Richard Hill.

“Most cars have to punch a hole in the air, to get through using brute force, but the Evija is unique because of its porosity,” Hill says. “The car literally ‘breathes’ the air. The front acts like a mouth; it ingests the air, sucks every kilogram of value from it – in this case, the downforce – then exhales it through that dramatic rear end.”

We can certainly see what Hill is talking about when you look at some of the photos of the Evija and some of the unusual solutions that Lotus designers added to optimize airflow. Unlike your typical Toyota Camry, the Evija does not come equipped with a regular front bumper, and instead embraces a design that features pass-throughs that help direct air towards the sides of the car. Meanwhile, the front splitter goes above and beyond what mainstream examples do, and is actually responsible for several aspects of the broader aerodynamics picture. The opening in the center helps suck in the huge quantities of cold air that is needed to help keep the rear mounted battery cool during spirited driving. The outer sections of the splitter also promote cooling, but this time, the channeled air goes to specially designed “e-axles” to help cool the various electrical components. Unsurprisingly, the last task on its to do list is to provide downforce.

More tunnels are found towards the rear of the Evija, and are perhaps the most distinctive elements of the design when they are paired with the stylish LED taillights. Hill reveals that the holes are also fully functional, and are designed to help reduce drag. Without them, the Evija would have had drastically altered performance characteristics.

“They feed the wake rearward to help cut drag,” Hill says. “Think of it this way; without them the Evija would be like a parachute but with them it’s a butterfly net, and they make the car unique in the hypercar world.”

On top of all of these channeling solutions, the Evija also has several movable parts to further enhance its aerodynamic carving abilities. The rear wing for example can rise up from its flush position on the body, and ascend into the clean air above which helps push more downforce onto the rear of the car. An F1 style drag reduction system is even on board, and it uses a special horizontally mounted plane to help make the car even slipperier through the air. The addition of this particular system shows just how committed Lotus engineers are to making the Evija the definitive benchmark in the hypercar ranks. But while these features are very potent ingredients in the puzzle, the final and ultimately most crucial piece lurks underneath the car.

Look down there, and you will find an intricate network of underbody sculpting that channels air to the rear diffuser. When this happens, a massive upwash of air is created, and that in turn creates a massive surge of downforce to help keep the souped up Lotus planted firmly to the pavement. While there is undoubtedly an enormous amount of testing and variables that the engineers overcame to make this work, Hill chose a rather simple way of explaining how this intricate dance works.

“It’s about keeping the airflow low and flat at the front and guiding it through the body to emerge high at the rear,” Hill says. “Put simply, it transforms the whole car into an inverted wing to produce that all-important dynamic downforce.”

As for the Evija itself, it will have a high degree of exclusivity, with Lotus only building 130 copies and charging $2 million dollars for the privilege of owning one. The Evija is also currently not street legal in the U.S. market, but Lotus is still using the Evija as a springboard to further expand its horizons, with the company already committed to expanding its vehicle lineup over the next few years. This would include adding a second model in the U.S. to be sold alongside the Evora GT, which has been the brand’s lone model here in the U.S. for the past few years following the departures of the smaller Elise and Exige sports cars. A Lotus badged SUV is also reportedly under development, but no concrete evidence has emerged.