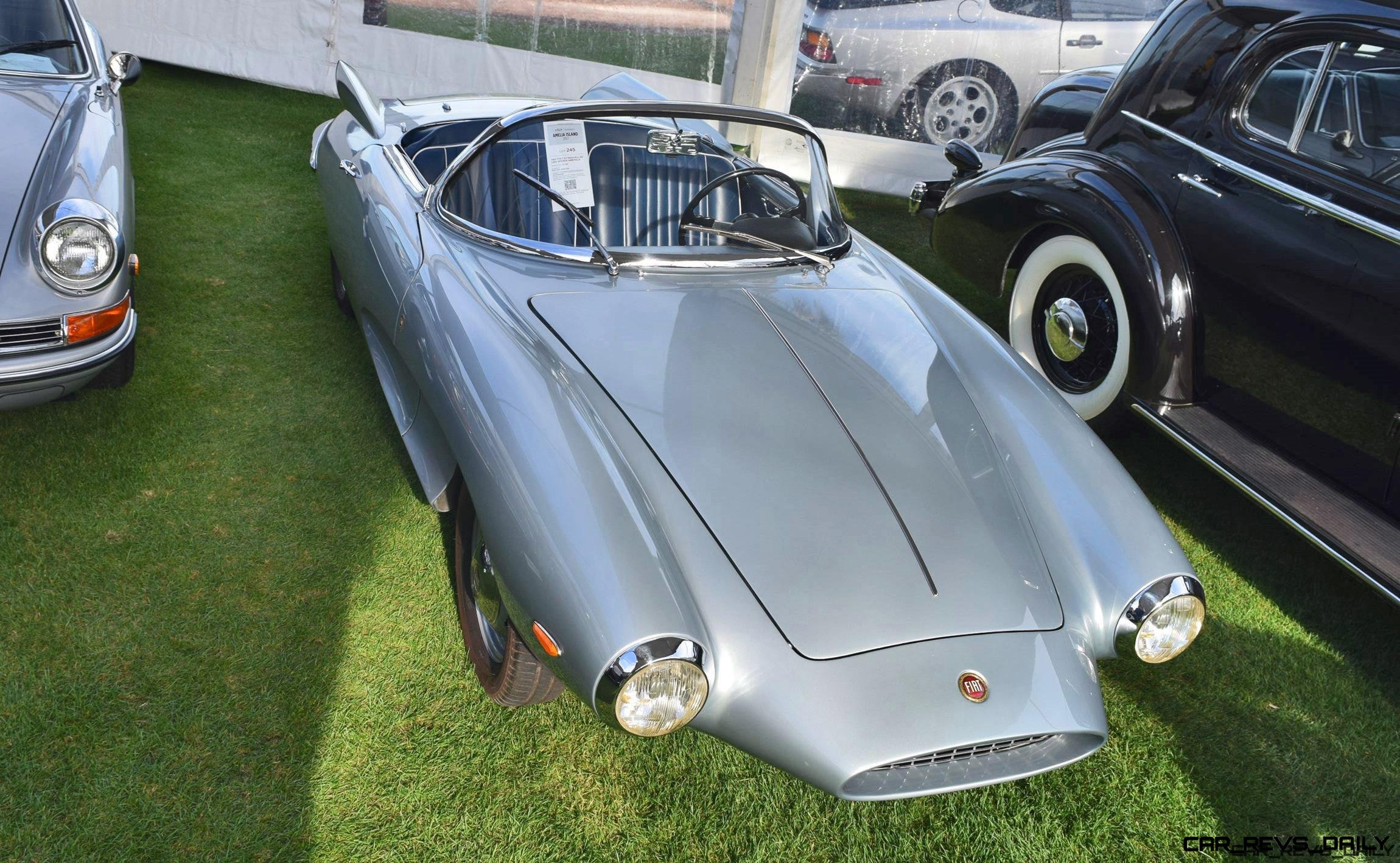 I promise you have never tripped over something so lovely.  This TINY Fiat Stanguellini is even tinier than a doorstop.  Its ultra rounded nosecone/intake is a joyous production version of the rocket/jetage themes in high auto design of the era.  1957 but conceived in the hearts and minds of the world’s car-designers together about 1953.  Tailfins, streamlined aero and UFO-like body shaping.

Without advanced CAD-CAM there was no way to know what truly worked in wind tunnels.  So if it looked right, it would fly right was the old adage.

This 1200 Spider America flies right.  A bite-sized dream. Is it front-engined?  Mid-engined?  Does it have an engine!?

Favorite details?  The rear bumpers in chrome actually extend the visual graphic and design, with flush seams to the bodywork.  So clean and elegant.

Less clean are the original-era tires on tiny alloys.  Showing a bit of red mud is a preview: this is a car that needs loving hand-washing, not a touchless automatic.

This one-off Bertone prototype sold for $275,000 at RM Sotheby’s Amelia Island 2017 auctions.  Details below the gallery.

In one of the niche’s great barn-find stories, this unique one-off Bertone show car was lost to time after having been well documented during a period exhibition run. Since being re-discovered and exhaustively restored by its current 23-year caretaker, this important Fiat-Stanguellini has more recently enjoyed attention at some of the world’s most prestigious events.