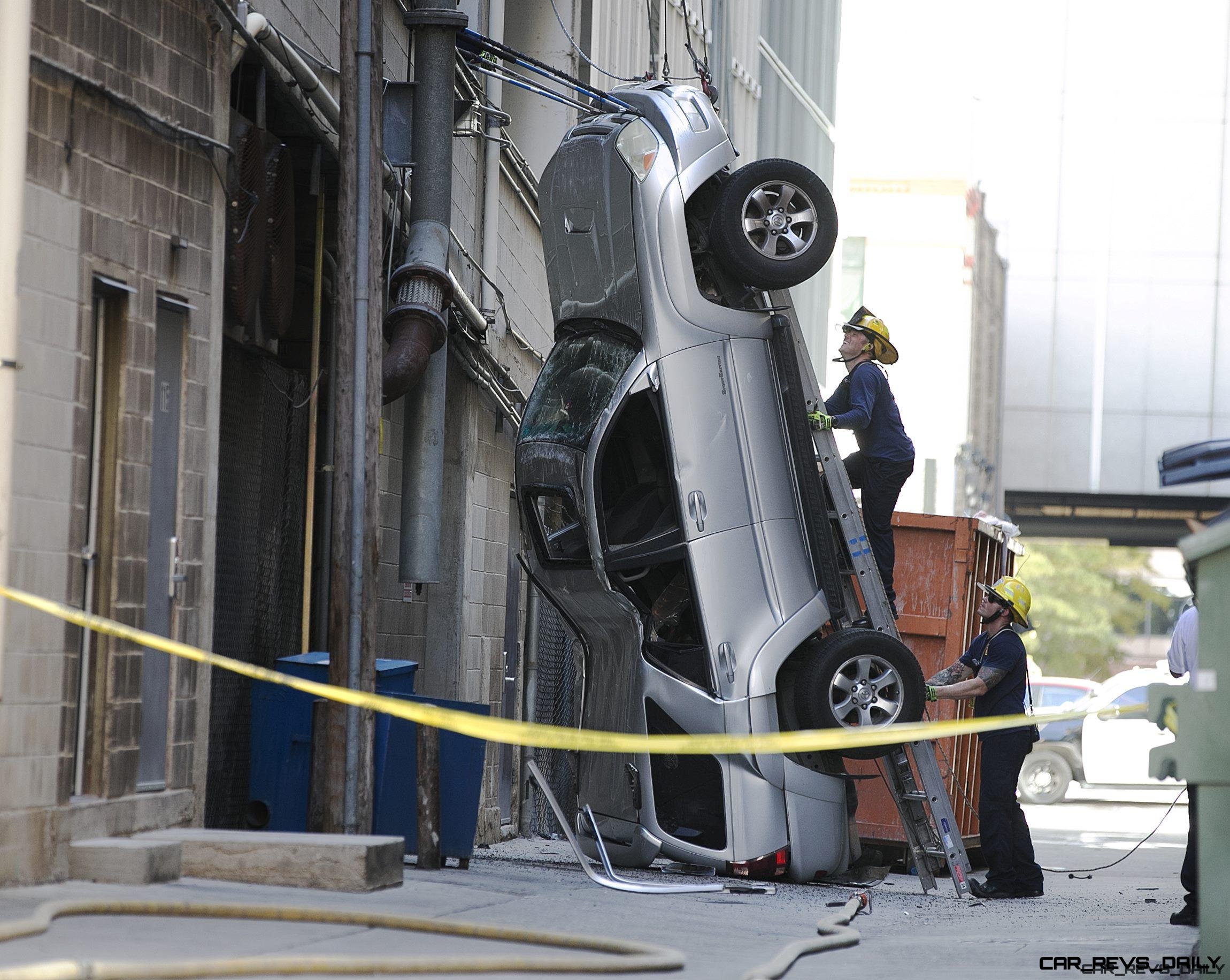 Is there anything worse than coming out to your car to find it has been damaged? You could have innocently parked it at a mall while shopping. You could have been out with friends and left your car with a valet. You could have even simply parked your car on the street where you live thinking it would be safe. I asked reddit for their “parked car horror stories” and got some real gems:

“Once early in college, I had left my Infiniti I30 in a Walmart parking lot while riding around with a few friends. When I got back to my car at around 11 p.m., there was an absolutely ridiculous quantity of mustard sprayed all over the windshield. Like, at least a gallon. No idea what the motivation was, or who would have that much disposable mustard at hand, but I had to go in and buy water as it was far beyond the capacity of the wipers.”

“I moved to a new area and had to park on the street in an area I couldn’t see from my apartment. My car wouldn’t start one day and I was poor, so I just left it for about a month when I learned that everything I needed was in walking distance. I eventually decided to try and get it to the shop, only to find that I had missed a good 10 to 12 street cleaning days, which I didn’t know where a thing. There were several hundred dollars in tickets on the window, and a boot on the tire. It was scheduled to be towed the next day, so at least I avoided that.

Ouch. Street sweeping has been around since 1843, when they were done by horse-drawn machines. So this guy really has no excuse for not knowing about it. It’s easy to forget every once in a while, but a whole month is pretty foolish.

“My mother’s Nissan Pathfinder was parked outside our house on the road when a drunk dude came out of nowhere and hit her car probably going 50 mph. His little Chevy sedan pushed her tank a solid 10 feet. Worst part is he lived a few doors down, but I swear I’d never seen him before. He has moved since.”

The sad thing about this story is that even if they had made friends with the neighbors, it probably wouldn’t have prevented that accident. Let’s hope that in a just universe this guy is now driving with a breathalyzer lock on his car, or at least is using Uber.

Perfect Excuse to Avoid Your Parents

“While parked at my parents’ house, my GTI had its passenger side window smashed in. The thief then grabbed my GPS aux cable and phone charger all at once and ripped the aux jack out. Of all places, this happened in my parents’ driveway, which is in a really nice neighborhood. I’ve parked in much worse places and never had an issue.”

Having your car robbed is such a violation. Having it happen when you think you’ve taken precautions is ever worse. This is why we can’t have nice things. Hopefully, mom and dad made sure Santa took care of this kid on the next Christmas.

“My car was parked in the driveway in front of my house because I was cleaning out the garage when some kid rode his bike through my yard and directly into my back bumper with me standing right there. I had finished repainting the car myself several weeks prior. Fortunately, I was able to buff it out, but I really wanted to wring the kid’s neck.”

Let us all be thankful for the buffing and lack of neck wringing. Sometimes, you just have to let these things wash over. Life’s too short to get worked up over a parking horror story. Besides, now you have a great story to tell!