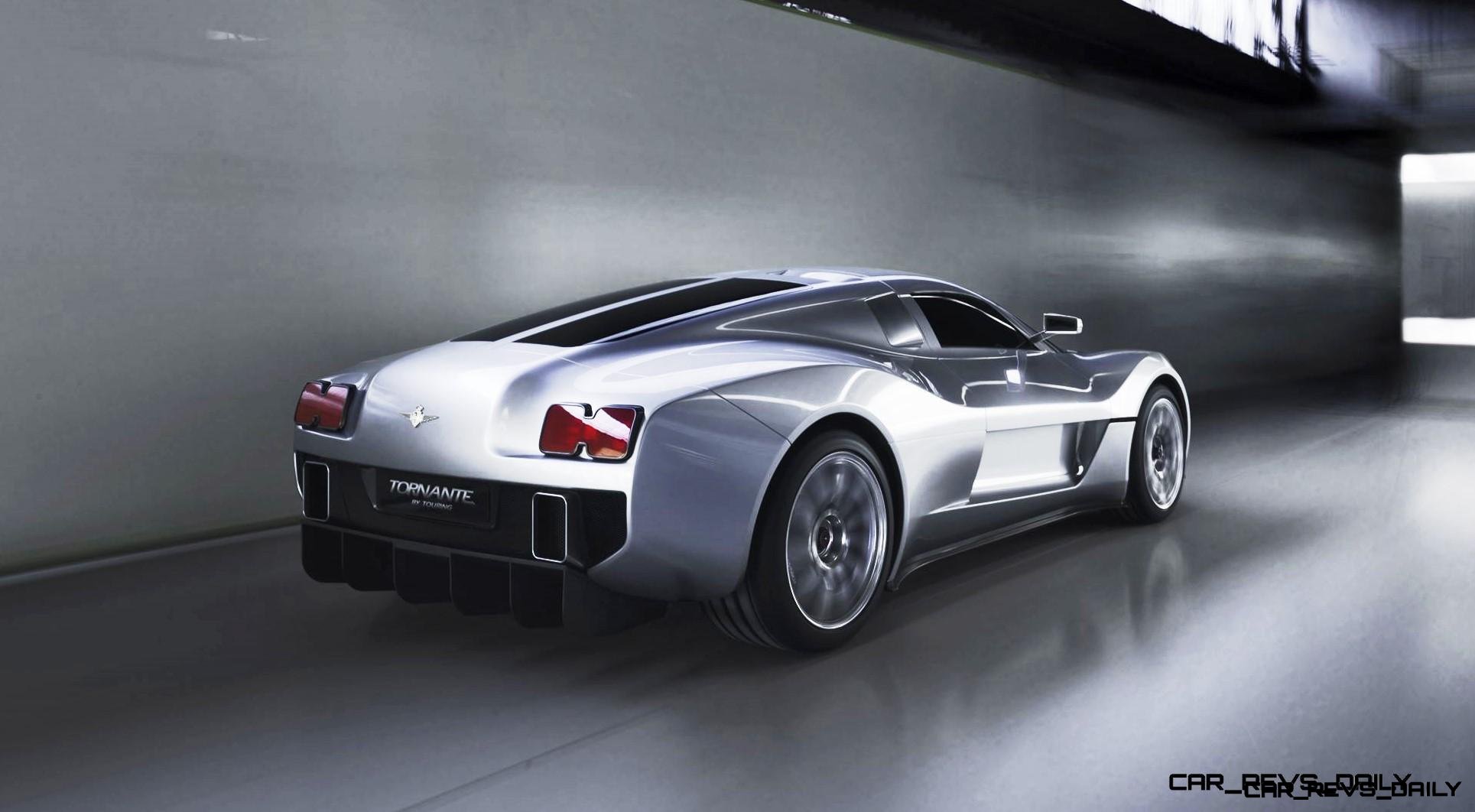 Touring Superleggera is one of the most iconic names in the history of Italian design boutiques.

A resurgence of late has been hard-earned — many smaller projects during the financial crisis left the studio in gorgeous form, only to be let down by the realities of the market. The business of small-volume supercars is exceptionally precarious, and swallowed the AC Cars rebirth as well as Gumpert two years after this Tornante made its world debut in 2011. Gumpert is on life-support now — their Apollo hypercar was meant to be joined by a smaller and cheaper siblings: the Tornante and the Explosion. Both concepts and both Audi-based, the Tornante was a mid-engine V8TT while the Explosion a front-engined version of the same engine. The Tornante shares much under its skin with the Audi R8 V8. The donor chassis for the Explosion was a mix of TT and RS5.

Unlike most reskins, however, the Gumpert effort drops every single exterior panel and glass element from the production R8. In its place?

Absolutely stunning new design with a sunken, aero-optimized glasshouse set deep inside the bodywork. Superleggera moved the cabin slightly rearward and increased the windshield angle — making it wrap around the entire nose of the car via re-located A-pillars.  Actually, the entire mid-section of the car appears all-new. Integrating gullwing doors and split clamshell aperatures for the engine cover in back helps really make the Tornante unique.

Certainly an extensive remake — and the R8’s aluminum space frame is a great starting point. Why?

Global sales could theoretically be possible thanks to the existing homologation and crash-test rules of the R8 extending into its new shape as the Tornante.

The car’s design is perhaps too smooth and clean for its own good. Many of the ideas were absorbed and rehashed for the Jaguar C-X75 hypercar … in spirit if not in actual form.

As ever, prototypes and concepts are a great showcase of the designers more than they are a good business model overall.  Enjoy this high-res photoset of the Tornante’s finished form, construction process, and initial ideation and sketches.