As a wise man once said, “if it ain’t broke, don’t fix it.” It appears that the folks at Kia took this lesson to heart when it came to the 2022 Kia Niro and as a result, it appears to be fundamentally unchanged from the outgoing model. However, look closer and you’ll see that Kia made some minor revisions to the Niro which allow it to march in unison with the rest of the updated Kia lineup. 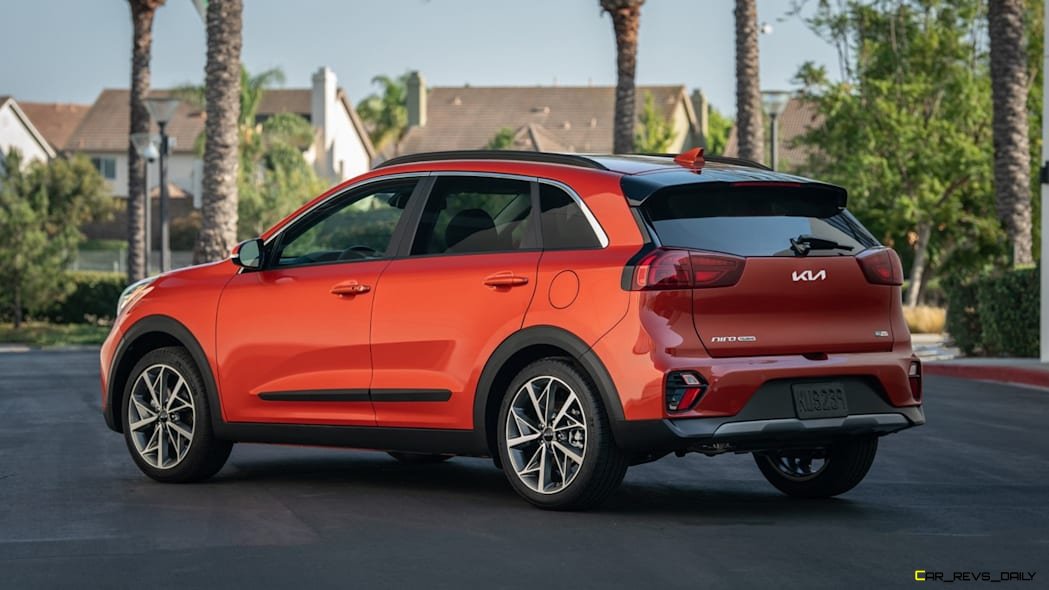 When we said minor revisions, we’re not kidding in that regards with Kia designers swapping out all the badging on the exterior for Kia’s brand new lettering. The new badges have been trickling out into Kia’s other models over the past few months, and the Niro’s new set of letters has been a matter of when versus if. Other than those changes, the bulk of the Niro’s design remains virtually unchanged with the front and rear fascia all retaining their current duds. These relatively minor updates seem to indicate that Kia will be debuting an all-new Niro soon which would bring revamped styling and an all-new interior to EV buyers. The current generation Niro has done a good job of hanging around with newer rivals despite its aging lines, but sooner or later it will need a break from the frontlines especially with fresher competition entering the market.

The trim levels will also carry over virtually intact but the lone change in that regard is the retirement of the Touring name which gets replaced with the new LXS SE moniker. While we appreciate Kia’s attempts at making us think about Alpha-Bits cereal with this new trim name, we think that they could’ve simplified it a bit by just making it the LXS versus adding the two extra letters on the end.

Tweaked Pricing Ladder Is Where The Bulk Of Updates Are Found

The bulk of the updates that do exist are not found in the Niro itself (Kia chose to address those items in the 2021 model) but in the pricing ladder (which we have included below.)

The LXS SE brings an $800 price drop to consumers while the Touring SE and EX Premium trims see a price drop of $1,060 and $960 respectively. Move to the PHEV and EV versions and you get two price decreases with the PHEV EX premium getting a $60 price cut while the EV version of the EX shaves $900 from its price tag.

Depending on which trim you choose, you still get unchanged performance hardware with the default hybrid and PHEV models still using a 1.6-liter four-cylinder engine that’s mated to a 43-volt electric motor. The combination is primarily focused on fuel economy and produces 139 hp with a six-speed dual-clutch transmission tasked with rowing through the gears. The Niro EV uses a single electric motor that’s shared with the Kona Electric producing 201 hp. Mileage varies between the powertrain and trim choices, but the Niro still has one of the highest mileage figures in the segment when equipped accordingly.

Kia didn’t reveal when the 2022 Niro will be making its way to dealerships, but considering how some of Kia’s other rebadged models have appeared in dealer lots, look for the Niro’s arrival to be just as swift, with the first model potentially making its way to showrooms by the end of the year.