Aston Martin’s Q Division is very good at blurring the line of what is indeed possible in an Aston Martin product. We have seen the bespoke division create all kinds of custom creations, but the division rarely embraces Aston Martin’s past. It has done just that once again, with both Q and Aston martin taking the wraps off of a rolling tribute to its past, the Vantage A3 Edition.

Paying Tribute To The Car That Started It All

As mentioned, this particular flavor of Vantage is a rolling tribute, and in this instance, it shows its respect for the oldest Aston Martin model in existence, the 1921 A3 roadster. The A3 is the oldest model remaining, but it’s also a glimpse into some of the early development that went on when the company started. This droptop was the third prototype that the company produced. The A3 was powered by a 1.5-liter four-cylinder side-valve engine which produced only 11 hp. While there are lawnmowers on the market these days that can easily eclipse that figure, this amount of power was considered potent in 1921 and was enough to get the prototype to 84 mph.

The A3 was acquired by the Aston Martin Heritage Trust in 2002, with the organization giving the car an extensive restoration that used period documents and other historical documents to help bring the car back to roughly how it looked in 1923. The result here is an excellent effort, and the vintage roadster looks like it literally lept out of a black and white film and into the modern age. 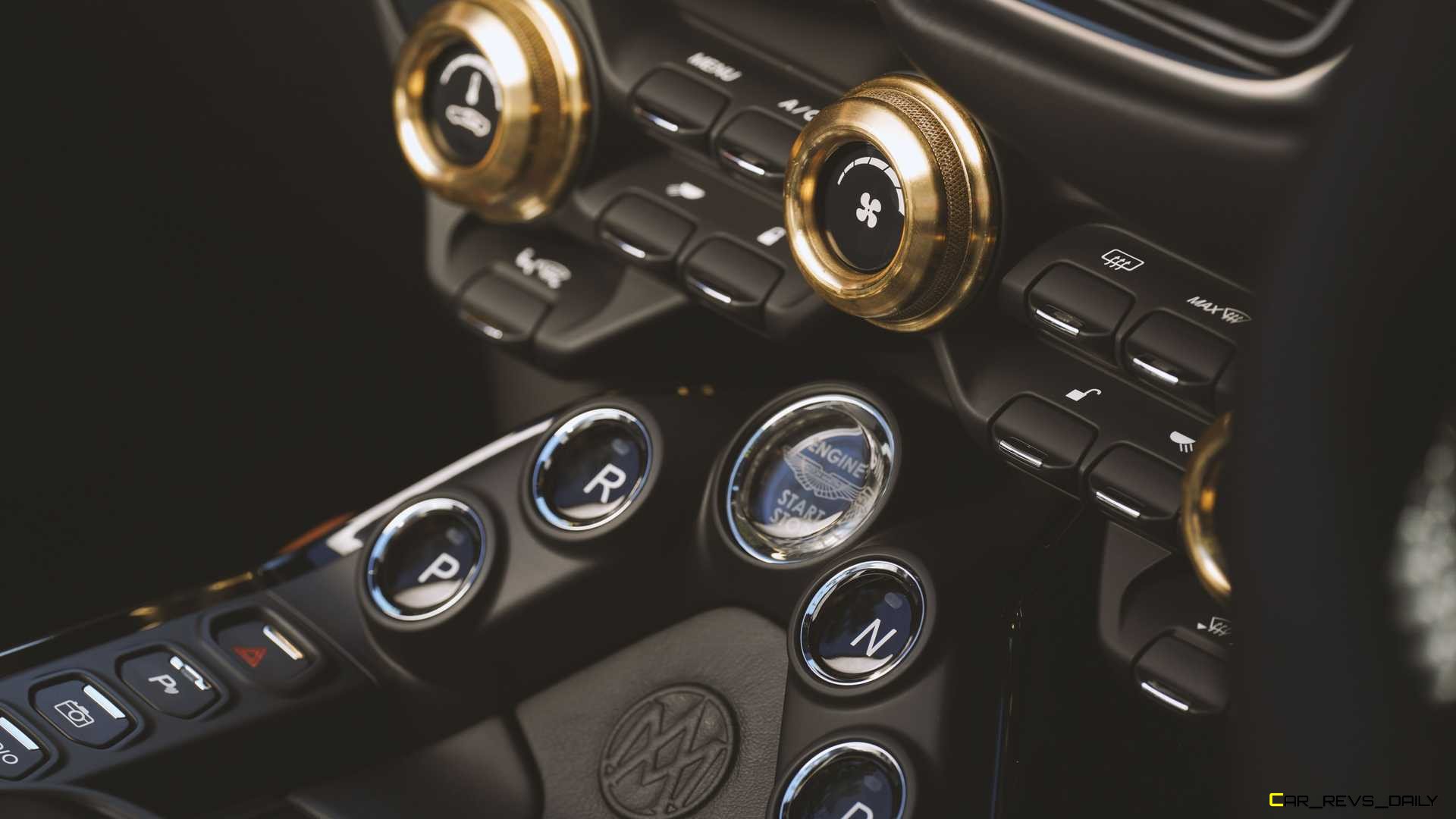 As for the Vantage Roadster A3 Edition, it’s a very potent example of the company’s progress, with the car boasting much more power from its twin-turbocharged V8 and the latest in suspension technology. But with the Vantage A3 Edition being largely a styling exercise, the bulk of the changes here this time are on the aesthetic side of things. The black paint is complemented with a black mesh aluminum grille with a bright outer piece providing some contrast that makes the piece stands out. The grille also boasts a retro-styled badge, with this vintage touch being found in the lower-left corner.

Leather straps on the side of the hood are mounted in a way that’s very similar to the 1921 car, though the straps here are more for looks and do not hold the hood closed versus the original A3, which did not benefit from the modern hood latch technology we take for granted. The side profile of the Vantage A3 is enhanced via 20-inch black forged aluminum wheels, with the stylish hoops hiding a set of bronze-colored brake calipers and slotted disc rotors.

Meanwhile, the interior is finished in a two-tone scheme, with the black leather being accented by Chestnut Tan contrast pieces. The unusual coloring is found in the seat piping and a Chestnut hued accent in the center console. The instrument dials in the center stack are made out of solid brass, with the idea here being that they will serve as a subtle reference to the pure handbuilt nature that once defined the company’s earliest models. Rounding out the changes is an embroidered version of the company’s 1921 logo, which is stitched into the lid of the rear cubby.

When Will We See The Vantage A3 Edition?

Aston Martin representatives revealed that both the Vantage A3 Edition and the original prototype of the same name would be making their collective appearances on June 26th during a meeting of the Aston Martin Owners Club which is slated to take place at the Dallas Burston Polo Club in Southam, Warwickshire. The club is one of the biggest owners clubs in Europe, and reps from that organization revealed that there would also be other rare Aston Martin’s on hand for attendees to see.

Buyers looking to purchase a Vantage A3 Edition for themselves will have to make the trek to Aston Martin HWM (the firm’s oldest dealership), with this particular showroom being the only one in the world that will be selling them. Oh, and then there’s the matter of rarity, with Q only producing three examples of this special Vantage. The company did not reveal pricing but look for it to be a sizable premium over a standard Vantage Roadster. Oh, and Aston also didn’t reveal whether any of the three will be coming to the U.S. either, so expect to see these possible pieces of the forbidden fruit from afar.