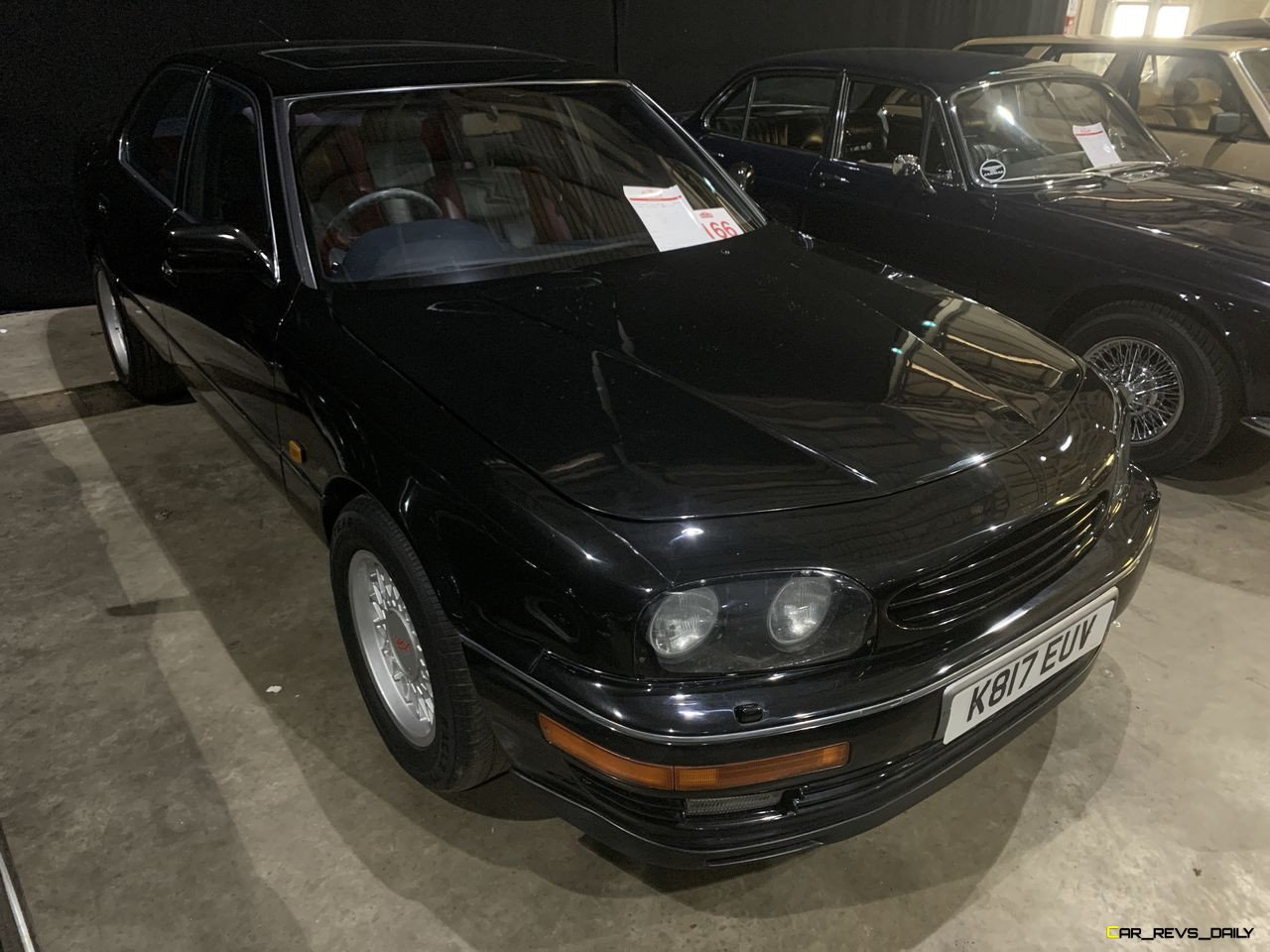 When it comes to Lexus, the company is usually pretty straightforward in its products, with the current lineup trying to make Lexus into a luxury brand that embraces its performance heritage. But the brand’s history is also marked by an occasional twist into intriguing projects that ultimately failed to gather momentum. One of these involved iconic British brand Allard and the last remaining fruit of this bizarre venture, the Allard P4, is primed to cross the auction block in England.

The story of this unusual prototype requires us to go back in time to 1945 when Sydney Allard founded the Allard Motor Company. The small company had its facilities in southwest London. While the tiny firm tried to cover a wide range of segments (case in point being the 1954 Allard Clipper microcar), Allard specialized in creating performance offerings that embodied what the name-sharing founder and other company execs learned on the racetrack. This included the J2 racer, which managed to get third overall in the 1950 24 hours of Le Mans race.

This early success helped the company branch out into the U.S. market in several ways. This included the importation of the K3 roadster. The K3 was part of a little-known partnership between Allard and Dodge dealers, which aimed to give them a model that could be considered a “Corvette Slayer,” with the little droptop being equipped with the legendary 331 cubic inch Hemi V8. Despite building 62 examples (57 of which entered the U.S.), the K3 failed to put a dent in Corvette sales.

As mentioned, Allard tried to cover a wide range of segments, but by the end of the 1950s, the company was in trouble. Shifting economic winds and the failure to research and adapt to the changing automotive market caused Allard to have trouble making a profit. Things hit a crescendo in 1957 when the company entered administration, and production ended after the firm built a combined total of 1900 cars.

Fast forward to the 1990s, and Allard is trying to create the perfect comeback album. Car designer Chris Humberstone licensed the Allard name from Sydney’s son Alan Allard and was keen on bringing the Allard nameplate back into the racing elite’s good graces. He intended to do it with the J2X-C prototype racer. The car was powered by a 3.5 liter Cosworth V8 engine, with the transmission also being grafted from an F1 car.

The J2X-C also checked off many of the boxes for racing technology, but Humberstone ran into the same problem that dogged the original Allard Motor Company, money. His solution was to try and work a deal with Toyota, which would see examples of the first-generation Lexus LS400 be rebadged and sold as Allards to help build attention and capital for the J2X-C racer. According to sources from the time, the deal between Allard and Toyota was proceeding well, but it fizzled and ultimately fell flat for unknown reasons.

The Allard P4 follows the same formula as another re-styled Anglo-Japanese hybrid, the Sterling 825, with Allard handling the design aspects while Lexus covered all the performance essentials. That meant the P4 was powered by the LS400’s 4.0 liter V8, which delivered 250 horsepower to the rear wheels. The exterior styling still retains a robust Lexus flavor. Still, Allard designers tried to make it somewhat different thanks to a revised front and rear fascia, basketweave wheels, and a red and black interior. Unfortunately, the P4 did little to help the J2X-C program, which collapsed after the car failed to meet its performance targets and the company itself liquidating during development.

One of a Kind

Allard originally built three P4 prototypes, but at some point, the other two prototypes were lost in separate accidents, which leaves this black-hued P4 as the last of its kind in existence. The car has also made the rounds on the auction circuit, with the P4 most recently popping up for sale on eBay three years ago.

This time around, it’s being offered by Classic Car Auctions a firm that prides itself on being a place to buy “everyman classics.” The car is being sold with no reserve, and it appears that was the right decision. The car has clearly seen better days, with the interior in need of extensive restoration and the exterior also boasting its fair share of wear and tear. The car will be offered as part of CCA’s Spring Live Online Sale, scheduled to take place on March 26th. We have included a link to the lot listing for the auction here, which also features a former Camel Trophy Land Rover Defender.