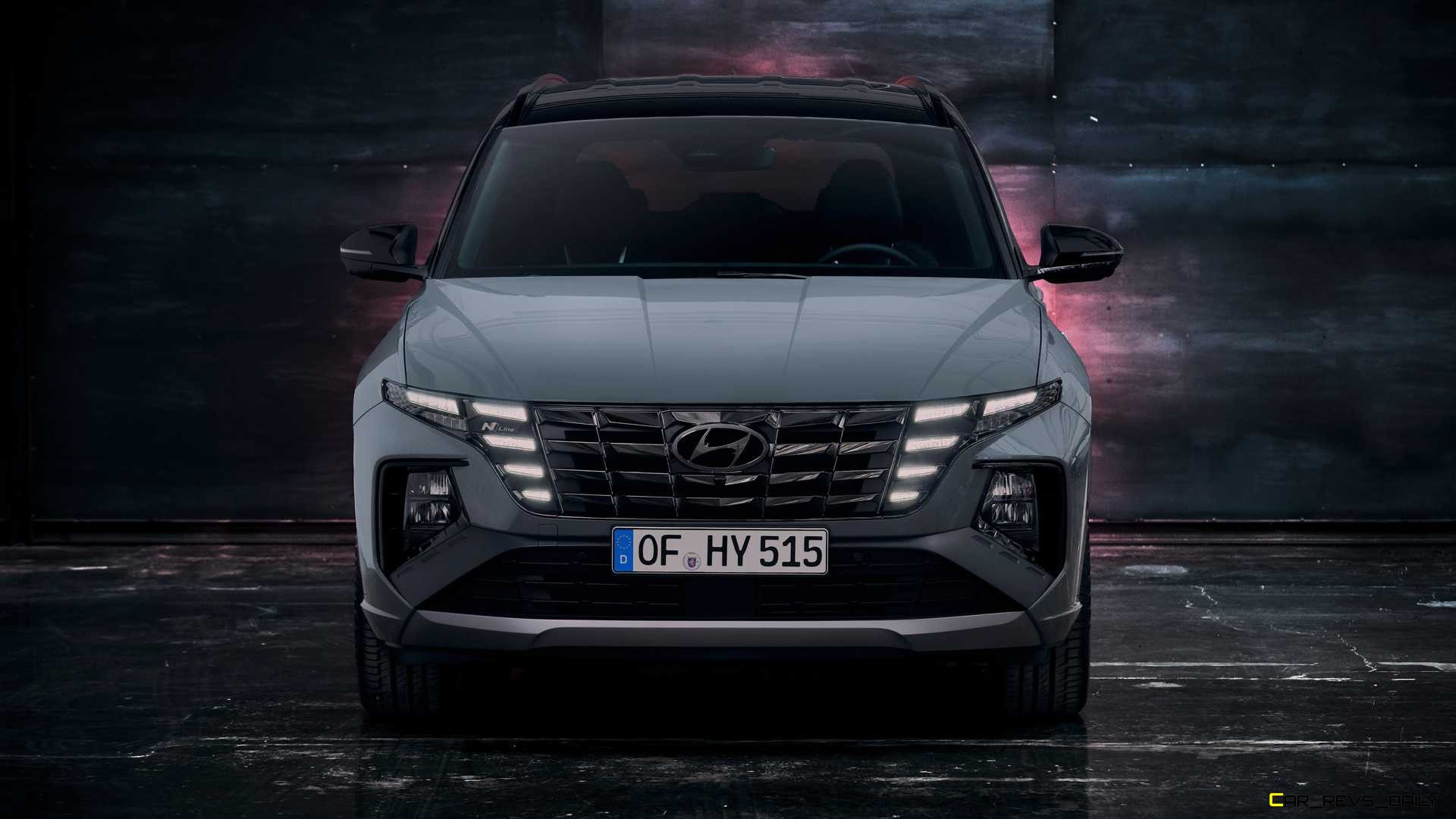 Sportiness and SUVs can be two words that many people will not necessarily see co-existing together. But as the utility world continues to rapidly evolve and morph into a vital artery of sales for automakers, we have noticed a trend towards adding some spice to their utility offerings especially to draw in male buyers that might otherwise stay away from them. Hyundai is determined to get its N Line package on solid footing, and has unveiled the second iteration of the package on the 2022 Tucson N Line.

Tucson N Line Puts On Quite A Show

Like other N-Line models, this latest chapter of the Tucson N-Line is mainly a styling package but it’s a welcome step into the sportier side of the pool. The core characteristics of the styling remain mostly unchanged, but the N Line gets a much beefier look courtesy of an all new body kit that brings more aggressive lines to the Tucson’s typically functional motif. A slick set of 19-inch wheels and dual exhaust tips further amplify the look while a trim exclusive color called Shadow Gray. If Gray is not your favorite color Hyundai also offers four other main hues to choose from (Sunset Red, Dark Knight, Engine Red, and Polar White) with two monotone colors (Shimmering Silver and Phantom Black) bringing up the rear. If we had our say, we would more than happily go for Shadow Gray especially with the optional Phantom Black contrast roof.

The interior of the Tucson N Line has also been treated with a welcome infusion of sport with the front seats now boasting higher amounts of support as well as some vivid red contrast stitching that also snakes its way through the rest of the cabin. High gloss black trim and a black headliner further enhance the sporty vibe, while metal pedals, foot rest, and side sills help complete the transformation. The 2022 Tucson already made waves with its revamped exterior and interior styling, so the presence of the N Line would serve as a welcome step up in this regard.

As mentioned, the 2022 Tucson N Line is mainly designed to be a styling exercise and as a result buyers will not find any major performance upgrades here. All models are powered by the same 1.6 liter turbocharged four cylinder engine that sees duty in other Tucson models with the boosted four banger producing 150 to 180 horsepower depending on whether it’s equipped as a hybrid or not.

A key piece of technology that Hyundai is promoting big time here on the N Line is the electronically controlled suspension system which has received some special tweaking just for this model. The bulk of the changes focus on reducing the amount of vibrations that enter the Tucson through revised dampening rates. It will be very interesting to see how all of this plays out in the real world but Hyundai claims that the Tucson will have “more agility” and reduced body movements so lets hope that the Tucson N Line can live up to the hype in that particular arena.

Hyundai’s release only focused on the international version of the Tucson and we suspect that the South Korean market will get first dibs on the new model. We suspect that the N Line will come to our shores sometime after the standard Tucson arrives in spring.

Hyundai also has not released formal U.S. pricing for the 2022 Tucson, but with the N Line being positioned as a range topping model in the lineup, look for it to command a noticeable premium over other Tucson models.