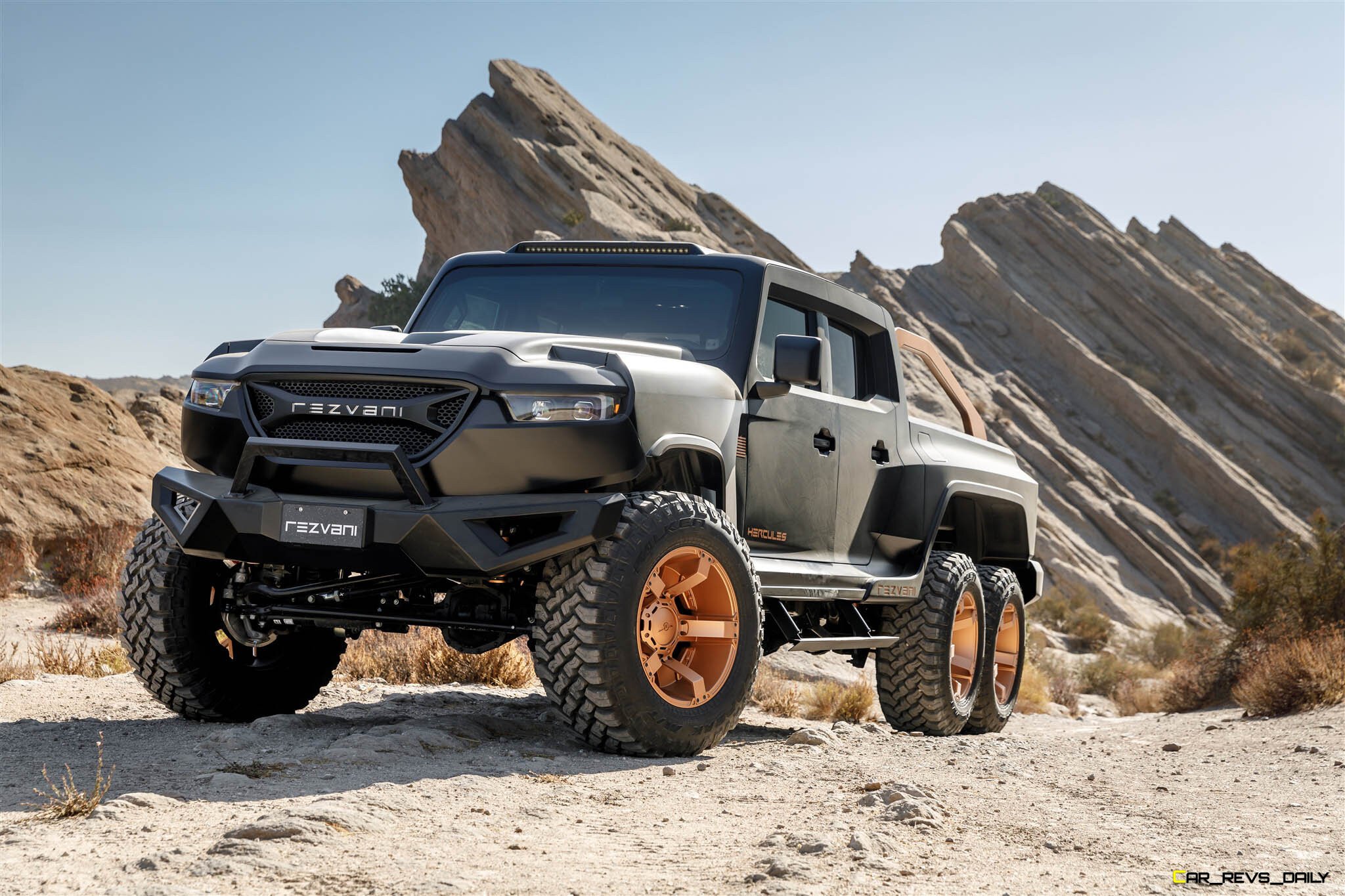 Remember when pickups used to be treated as a mere tool designed to haul cargo, boats, and were destined for a life out on the job site? These days, it seems that pickups are roleplaying as a wide variety of things. From being off-road focused Billy goats, to even being luxurious and decidedly more capable substitutes for minivans, the segment has never been so diverse as its been in recent years. However, we never suspected that a truck would rise up and call itself “the God of all pickups.” But Rezvani‘s newest creation the Hercules 6×6 aims to do just that, but how is it indeed the divine king of all trucks? Here’s 3 things that might make you bow down in its presence. 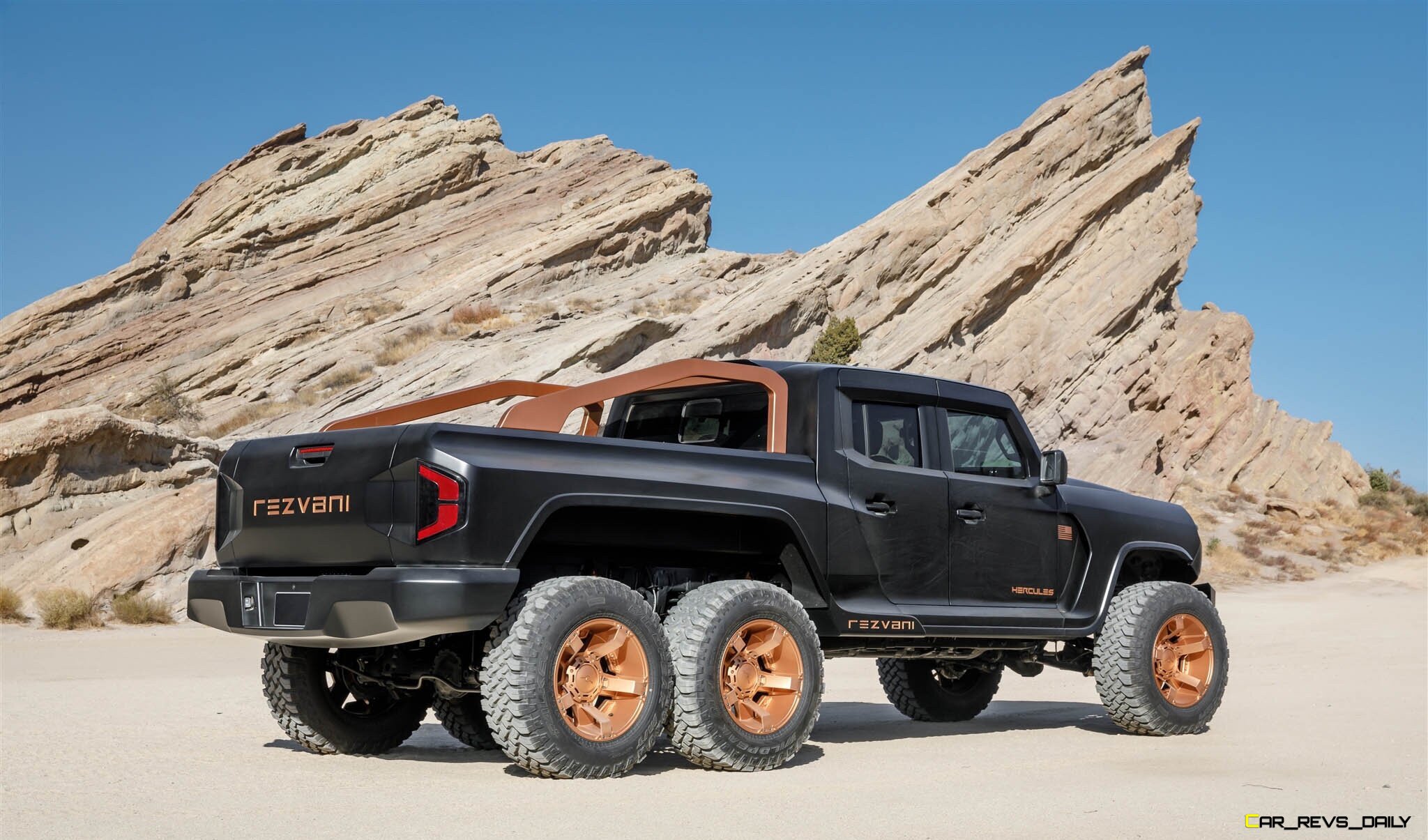 Before we get into the finer details, we might as well address the elephant in the room, the fact that it’s a 6×6. Starting life as a Rezvani Tank, the Hercules turns that notion on its head by adding an extra rear axle, and transforming the rear passenger area into a pickup bed. Like the Tank, the Hercules has big brutish exterior styling, with the front fascia having a serious look that’s all business with very little frills to be found.

The side profile is highlighted by the bright gold wheels of the 6×6 which also draws the eye to the suspension lift that adds more ground clearance to the Hercules. The rear is a bit more toned down in comparison, but it still features handsome taillights, gold hued sport bars, and a large tailgate. Buyers that choose to get the Military edition gain armor plating all around, as well as ballistic windows. These two features were trademark features of the Tank, and they help add an extra dose of mean to the rig. A highlight for us though has to be the fact that this revolutionary vehicle actually starts life as a Jeep Wrangler, with the iconic off-roader making its presence known in the roofline.

Bespoke Hercules interior is ready for anything 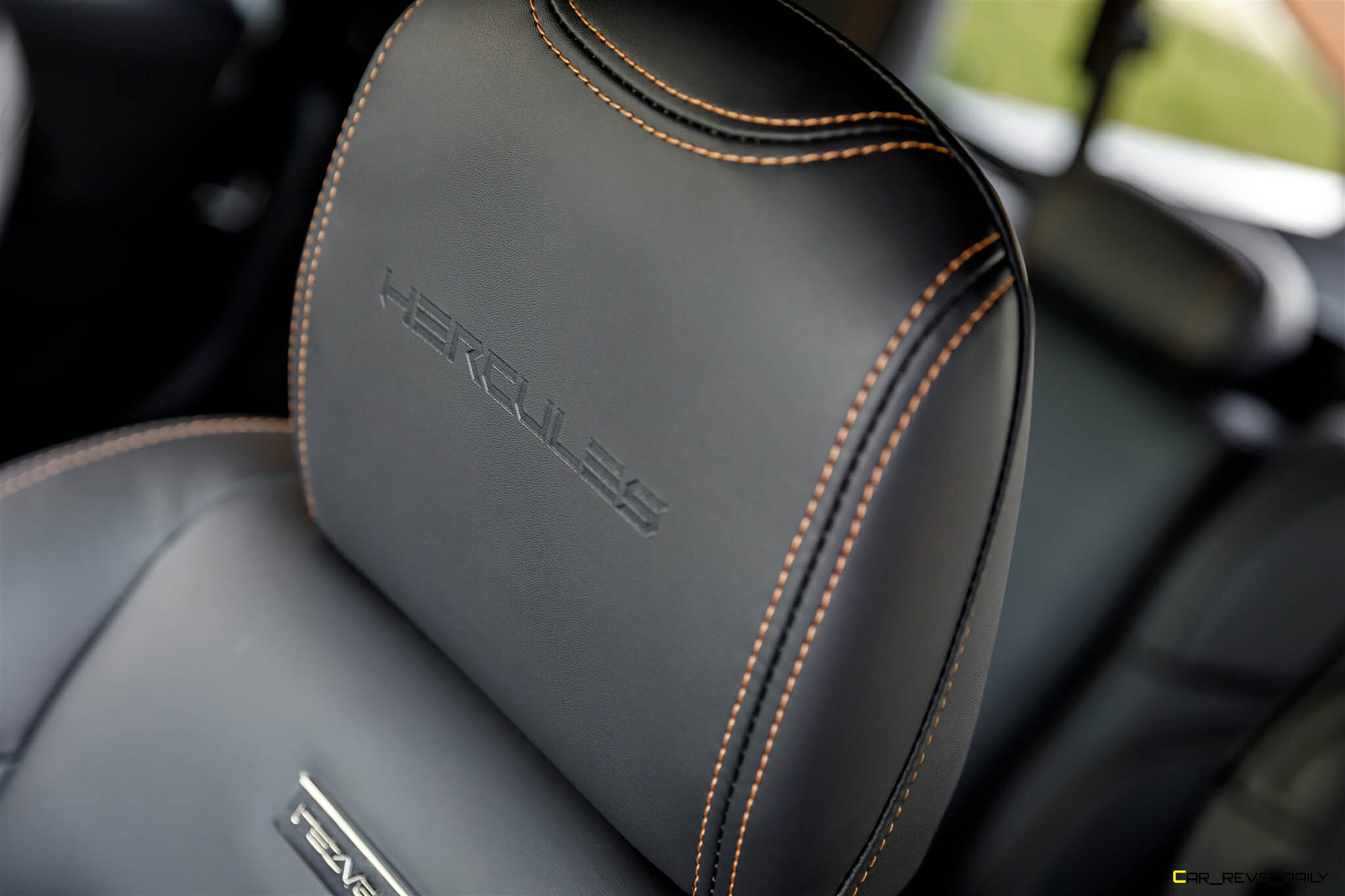 As one would expect from a truck offering like this, The interior of the Hercules 6×6 has a highly bespoke nature to it, with the cabin being adorned  with supportive leather seats. Rezvani is quick to point out that the interior is highly customizable, and well heeled buyers can choose the color of the seats, the stitching, and even the gauge faces. Other goodies include a fully decked out lighting package, heated seats, and a powerful audio system.

This allows the Hercules 6×6 to be on par with other 6×6 offerings, and even match some wilder custom rigs that we have seen from the likes of Hennessey. On the subject of audio systems, the Hercules has four different systems to choose from including a loaded Ultimate labled unit that comes equipped with six Focal sourced speakers, two JL audio sourced subwoofers, and even custom amp racks. Look for the sound quality here with this range topping setup to be insane, and the Hercules does transform into a compelling custom platform for sound obsessed audiophiles.

The king of performance 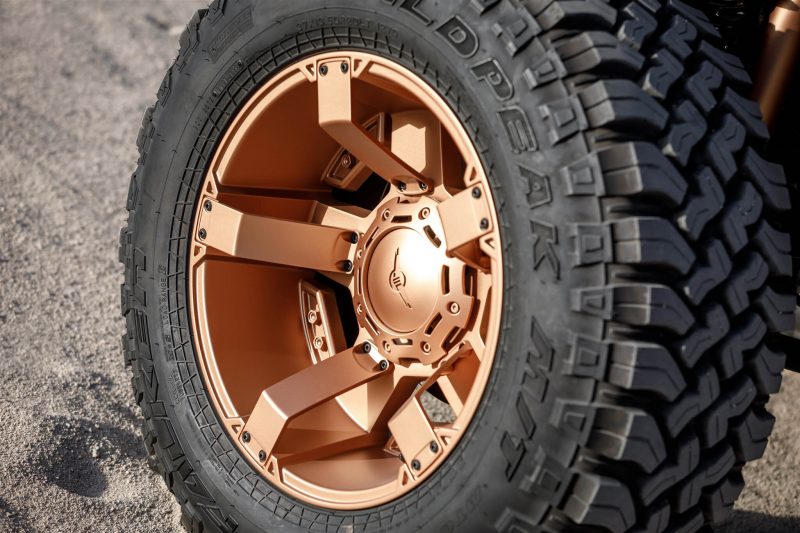 With all the capability and luxury that’s baked into the design, it should come as no shock that the self described God of all pickups has performance hardware to match its lofty credentials. Base Hercules models come with the Jeep Wrangler’s 3.6 liter 285 horsepower Pentastar V6 (contrary to what Rezvani’s own configurator likes to say,) but things get much more interesting when you go further into the engine choices.

If you do, the rather wimpy V6 is usurped by a brawnier 6.4 liter V8 from Dodge’s SRT lineup, with Rezvani engineers tweaking it slightly to help it make 500 horsepower. But even that figure is not enough for Rezvani, with the company saving the best for last. Buyers that pay the $249,000 admission fee (holy price tag Batman) will be rewarded with a 7.0 liter supercharged V8 that has been lifted from the Dodge Demon. But unlike the drag special, this engine goes far beyond 700 horsepower, and instead makes an impressive 1,300 horsepower. That’s alot of power to haul around, and it makes the Hercules one of the most powerful 6x6s that we have ever seen.

A six speed manual is available, but look for the bulk of Hercules buyers to use an eight speed automatic for their rigs. But what if your a buyer that thinks the standard Hercules is not good enough? Rezvani has the answer with the “Military Package.” As is the case on the Tank, the Military suite aims to protect occupants from just about anything. In addition to the fore-mentioned armor and ballistic glass, these models also include undercarriage enhancements to protect from explosives, run flat tires, an armored radiator, and even baked in protection from EMP weapons.

However, that’s only the beginning of the truck’s security features, and this truck even manages to add more extreme methods of occupant protection. They include on-board gas masks, electrified door handles, and externally mounted smokescreen  launchers. While the bulk of us are not Colombian drug lords, world leaders, or even eccentric members of the upper crust. The amount of protection on hand is truly encompassing, and that should please buyers of all shapes and sizes.

When can I buy a Hercules?

Rezvani revealed that the Hercules and the Hercules Military are on sale now, but be prepared to bring god like amounts of money to bring this particular rig to your garage. A base Hercules equipped with the 3.6 liter V6 starts at $225,000, with a Military grade version starting at $325,000. The prices do go higher from here, with a fully equipped Hercules potentially having a sticker of just over $700,000. But fate can be a very strange mistress, and if you find yourself the recipient of a Powerball fueled fortune, or have truly made it in the world, the Hercules 6×6 is certainly a very compelling option.