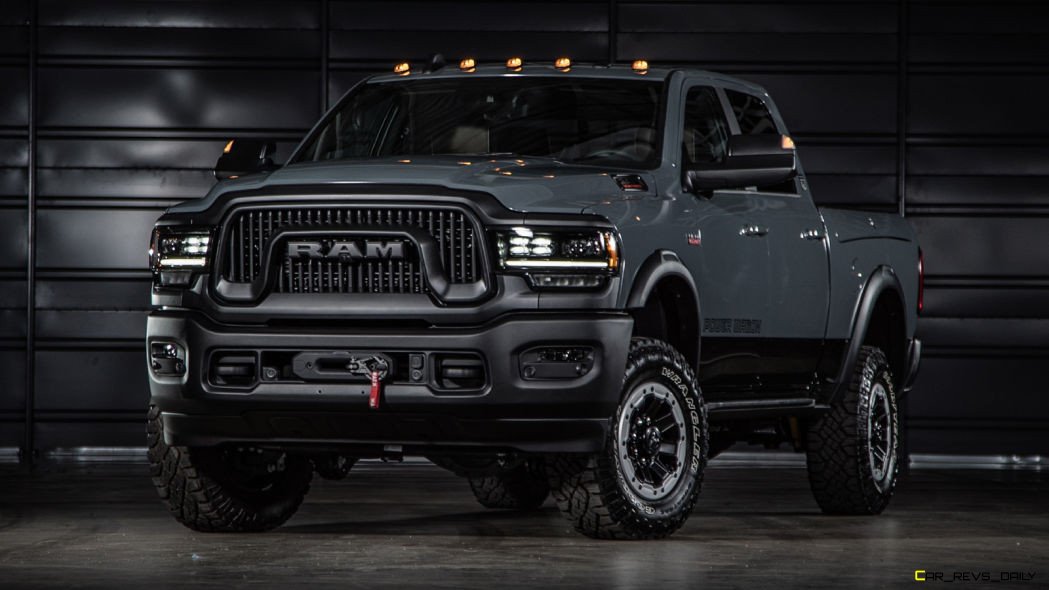 2020 has truly been the year of the 4×4. From the recently revived Ford Bronco, to the Land Rover Defender. This year has certainly been a year to remember for off-road enthusiasts (a welcome distraction from COVID 19 for many of them.) With these kings of the beaten path seeing newfound fame, you can be forgiven if you forgot about the Ram Power Wagon. The rugged Power Wagon has been around in some shape or form for the past 75 years, and Ram is celebrating with the all new Ram 2500 Power Wagon 75th anniversary Edition

A classy tribute to an off-roading legend

The truck that would eventually become the modern Ram Power Wagon first got its start in 1945 when the first production Power Wagon entered production. Based on large military trucks that saw duty during WW2, the Power Wagon proved to be a hit with buyers, especially those that craved an off-road entry that could get the job done no matter where it went.

At its core, the 75th anniversary Power Wagon does not stray too far from the basic Power Wagon cues, but it incorporates a uniquely styled grille, model exclusive 75th anniversary badging, and even comes in 11 different colors including Molten Orange and the same Anvil Gray that first made a splash on the Ram TRX. Like a few other Ram special editions that we have seen over the years, the 2021 Ram Power Wagon 75th anniversary edition features splashes of black accents including gloss black accents for the headlights. Over favorite feature though are the 17-inch cast aluminum beadlock wheels that are shod in 33-inch off-road tires.

Luxury fit for an icon

The interior of the 2021 Ram Power Wagon 75th Anniversary Edition has a solid game plan when it comes to providing occupants with comfort and luxury. Ram designers splashed the cabin with Mountain Brown leather inserts and have even added special 75th anniversary logos to the seat backs. as well as on the door inserts. Gloss black inserts make their appearance once again in the cabin, and this particular flavor of Power Wagon even comes equipped with FCA’s 12-inch infotainment system with Uconnect 4C NAV software. The bespoke system also comes equipped with Off-Road pages which is the first time that particular bit of software has ever been used in the Power Wagon.

Audiophiles will also be pleased to hear that the 75th anniversary edition will also come bundled with a standard 17-speaker Harmon Kardon sound system. Harmon Kardon has made a big splash in automotive applications in recent years, and it’s good to see that the growing audio brand has been tasked with providing the tunes to owners when they take the rugged Power Wagon down a demanding trail, or even a trip to the supermarket.

Performance for this special edition is shared with other Power Wagons, with the special edition being powered by a 6.4 liter Hemi V8 that produces 410 horsepower and is paired with a smooth shifting eight speed automatic transmission. Ram claims that the Power Wagon is one of the most capable trucks in its arsenal, and this special edition does not disappoint, with the truck featuring front and rear locking differentials as well as a 12,000 lb capable Warn winch that’s mounted on the front bumper.

The suspension also benefits from revised tuning, and is lifted slightly when compared to typical 2500 models which is great for navigating challenging obstacles, or even having the clearance needed to avoid obstacles that would outright destroy other 4×4 trucks. Our highlight in this regard though is the 360 degree camera system which helps provide an extra eye on the truck, and even comes with a forward view that incorporates guidelines to help provide precision information to drivers.

When can I buy one?

The first trucks will make their way to showrooms towards the end of the year, though we suspect that the full national rollout will not be completed until the first or second half of 2021.