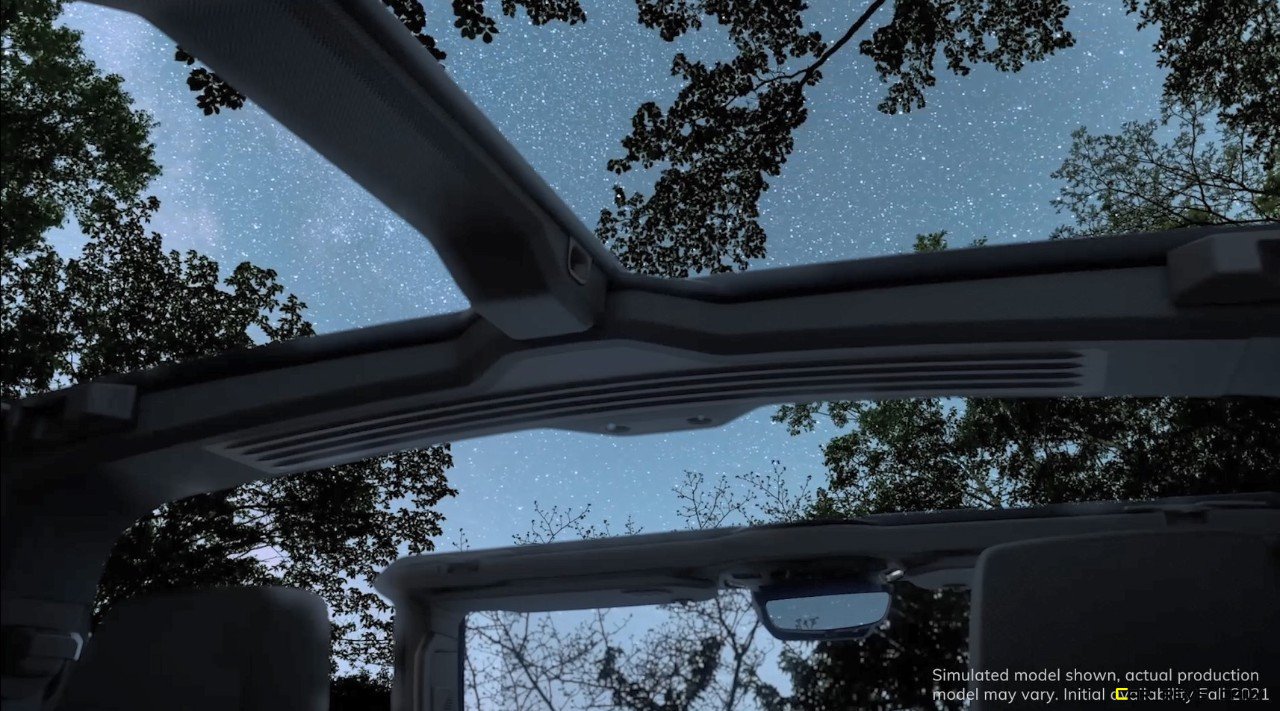 When GM first began teasing the GMC Hummer EV pickup back in March, the company revealed that a key feature for the truck will be its removable glass roof panels. The truck was originally supposed to make its debut this week, but the ongoing COVID-19 pandemic forced GM to scrap those plans. However, that has not stopped the auto giant from continuing its meticulous tease of the new model, with the firm releasing a brand new teaser for the truck.

Unlike last time, GMC trades the birds-eye view for a more traditional glimpse that is shot from within the EV. While the camera is pointed skyward, we get our first look at the unique roof design for the truck. The roof itself appears to consist of four removable panels. A massive front opening is located above the front passengers, while rear passengers benefit from a T-top style arraignment. GM revealed in a statement that the Hummer EV will feature “easily removable roof panels to provide a unique open-air experience.” In addition to the roof, the 22 second teaser video also appears to confirm that a massive infotainment display will be offered in the truck, but the video ends before we get a chance to see just how big the screen is. However, its width is quite evident, which appears to indicate that GM has taken a few pages out of Tesla’s playbook when it came to designing this screen.

As mentioned prior, development is still proceeding on course, with a small notice revealing that the Hummer EV should be available by Fall of 2021. When it eventually arrives, it will not be equipped with the V8 engine that played a role in helping the original Hummer rise to prominence. Instead, the truck will be powered by several of GM’s novel Ultimum battery packs, with three electric motors being responsible for providing the truck with its motivational juices. The truck is projected to make roughly 1,000 horsepower and an outright insane 11,500 lb-ft of torque. That should be enough to help the truck get to 60 mph in 3.0 seconds flat which would firmly put it in the same territory as the Tesla Cybertruck.

GMC is still keeping select details (including pricing) close to the vest for now, but look for more teasers and information to be released in the coming weeks and months. As the saying goes, good things come to those who wait, and we suspect that the wait will indeed be worth it when the Hummer EV eventually makes its appearance and helps lead the company into a new future.