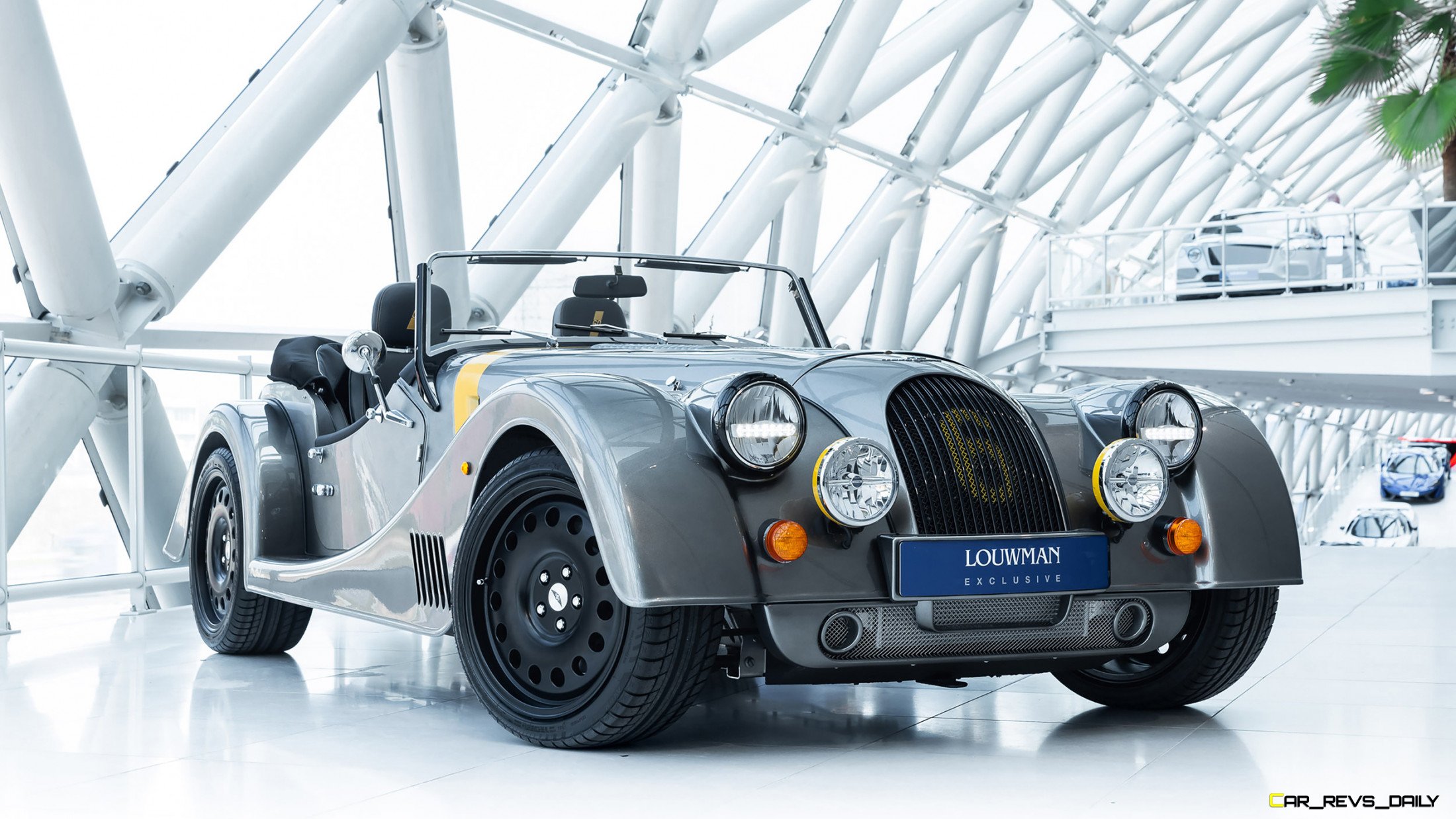 When you’re a company that has over 110 years of history, chances are that you have a solid group of friends that you can always count on. In the case of Morgan Motor Company, it has managed to gain a few key allies over the years. One of them is Dutch auto dealer Louwman Exclusive which focuses mostly on Morgan, McLaren, and Maserati models and has worked with the company for over 60 years. As a way of saying thank you, Morgan has unveiled three special edition models that highlight Louwman’s contribution to Morgan’s business.

Morgan will only build five total examples of these LE60 edition models with four of them being based on the Plus Six roadster. Two of them will be available in Ice Blue while the other two will be slathered in Scintilla Silver paint. Along with the difference in color, the biggest difference between the two is the style of wheels that are equipped. The Ice Blue Plus Six features 19-inch gloss black wheels that Morgan claims are supposed to be a subtle nod to old-school wire wheels but in a more contemporary design. We have seen our fair share of Morgans over the years, and we will reserve our judgement until we have an opportunity to see these wheels in the flesh. The blue Six also has yellow accents on the brake calipers, the spotlight casings, and LE60 decals on the hood vents. The interior features black pebble leather with contrasting yellow diamond stitching and LE60 logos embroidered into the headrests. Matte tawny wood covers the dashboard as well as the top of the transmission tunnel.

Meanwhile the two silver Plus Sixes will use 18-inch “Speedster Wheels” that are supposed to look like simple steelie wheels. More yellow accents are found on the brake calipers, a yellow stripe that stretches across the hood as a tribute to classic Morgan hood straps, as well as a painted number 6 that is on the front grille. Yellow horizontal stitching in the cabin adds more exclusivity and differentiation to the car, and the wood accents have been pitched in lieu of body color accents for the dashboard and the transmission tunnel.

The fifth offering will be one lone 3-Wheeler and like its traditional corporate stablemates, it too has been treated to a whole host of aesthetic updates. Green paint is slathered on the beautiful beetle back bodywork while yellow accents have been added to the spotlight casings, brake calipers, and a LE60 adorned logo on the front panel. Black wire wheels, wheel covers, exhaust covers, and suspension bits add a welcome dose of complexity to the color scheme. The interior of the 3-Wheeler is slathered in leather and like the other four models, yellow contrast stitiching is scattered throughout. These particular models are focused on being mostly aesthetic packages, so the mechanical bits for all five remain unchanged when compared to their conventional siblings.

Morgan did not reveal pricing for all five of these models in its release, but chances are good that all of them have already been spoken for. In the meantime, we have posted a brief video that shows you what Louwman is all about which can be seen below.