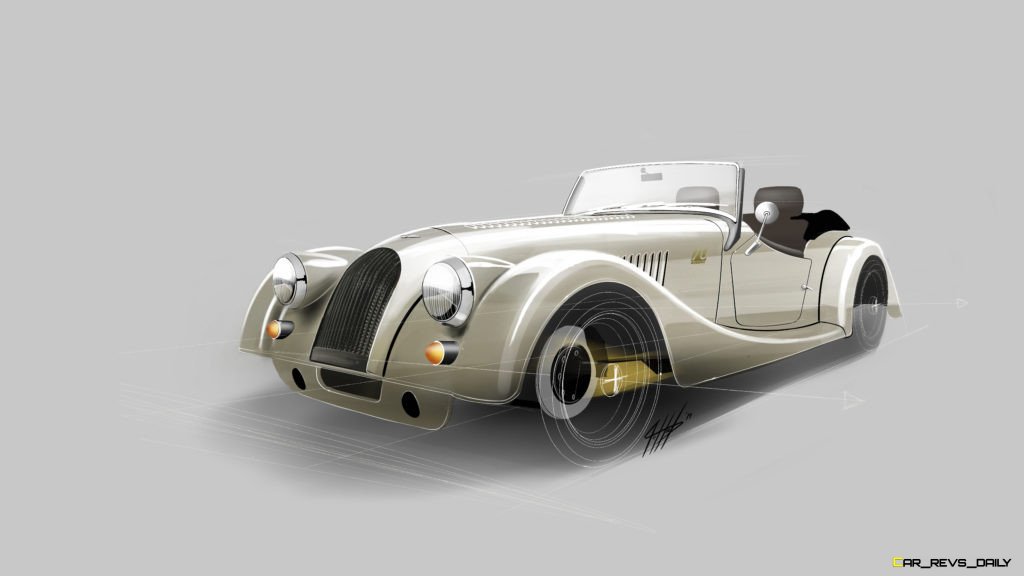 Changes are happening at a rapid pace at Morgan Motor Company, with the bespoke British sports car maker saying farewell to its long running steel chassis. And yes we use that term quite literally, with the frame underpinning nearly all Morgan four wheeled models (Aero excluded) for over several decades. It also predates the Morgan Plus 4, which is currently celebrating its 70th anniversary this year. To help kill two birds with one stone, Morgan has unveiled an all new special edition that brings gold and platinum to the party.

Before we go any further, we might as well mention that the gold and platinum here are in regards to paint versus their precious metal counterparts (sorry buyers looking to melt the frame down into gold bars) but despite this, it is still the first time in the brand’s 111 year history that a golden hued frame of any sort has ever been offered on a Morgan. The exterior styling is typical Plus 4, but new platinum hued paint helps cement the Plus 4’s achievement in automotive longevity, with dark accents, a race inspired front end, and dark satin grey wire wheels mounted at all four corners rounding out the package. The front end in particular is a recent result of Morgan’s past race experience, and it is nice to see that some of the fruits of this program finally trickling down into production spec Plus 4s.

As for the interior, the Plus 4 receives specially embroidered headrests in a cabin that is literally awash in rich leather and wood trim. The Ravenwood that adorns the dashboard, the grey carpet, and even the steering wheel were all specially picked for this particular variant. Otherwise, the rest of the cabin largely follows the same script that has defined other Plus 4 models, with much of the core equipment, design, and basic ergonomics all being carried over unchanged which is understandable since the Plus 4 has a very solid formula backed into its flanks. 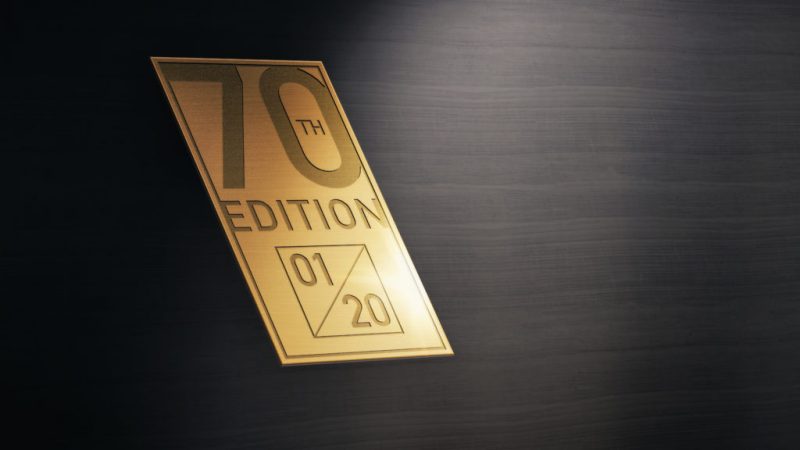 The four cylinder under the hood is also mostly carryover, but a new engine tune exclusive to the 70th Anniversary Edition (along with a reworked exhaust system) helps push power up to 182 horsepower. This should help the 70th Anniversary model make the sprint to 60 mph in the seven second range. Unlike the bigger BMW powered Plus Six, the Ford Duratec four banger is mated to a Mazda sourced five-speed manual transmission which is the sole transmission choice available for this model.

Like other special edition models that have appeared in the past, each example will be adorned with a plaque that not only identifies it as a 70th anniversary model, but also as one of the final steel framed Morgans to be built. Morgan reps revealed that the company plans to build only 20 examples of the 70th anniversary edition, with each one starting at £60,995. For buyers in the U.S. that roughly translates into $79,543 but that matter is ultimately irrelevant since Morgan revealed that all of them are already spoken for. But buyers still looking to get their steel fix will be pleased to hear that there are a few normal spec Plus 4’s still available to purchase from the company.