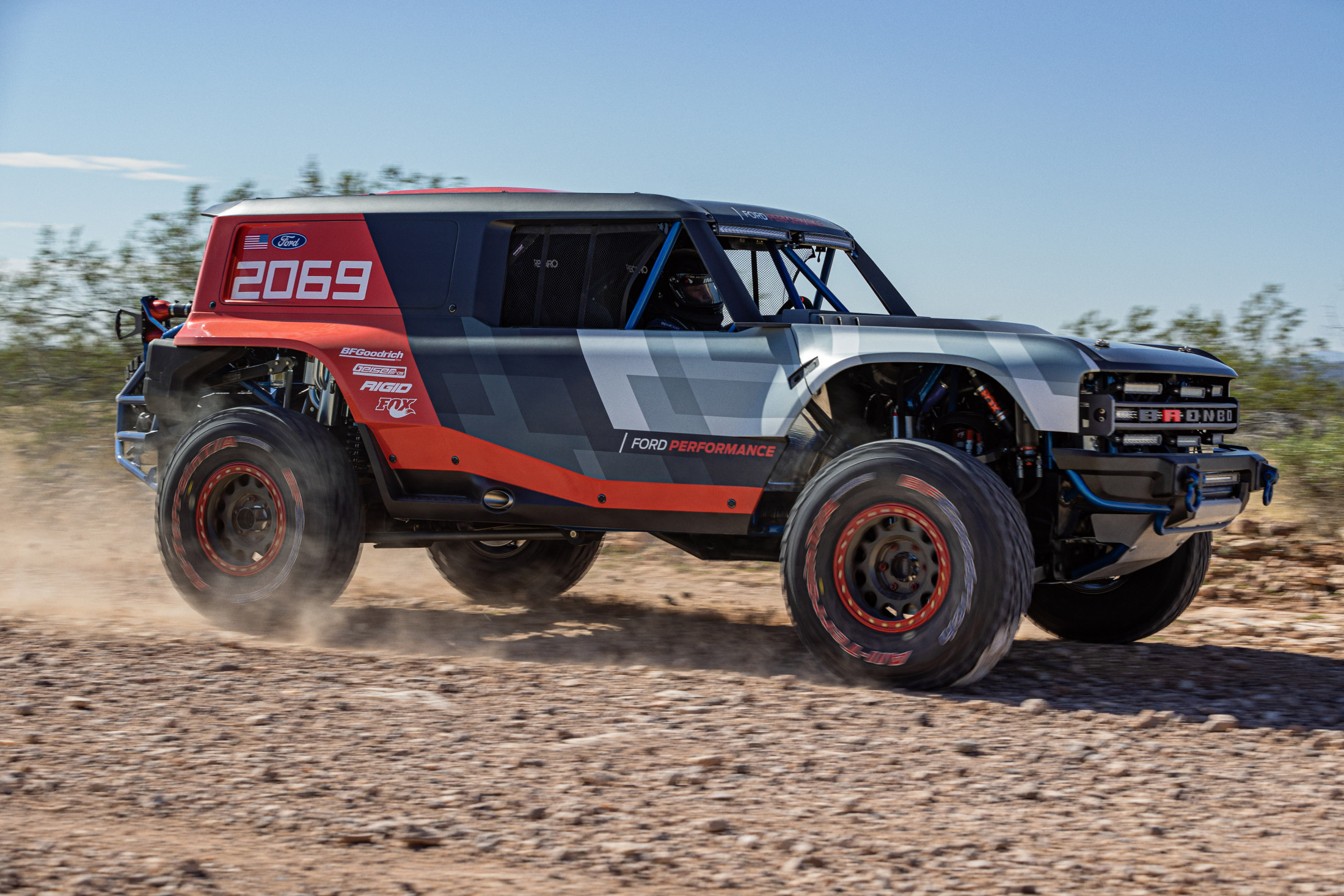 Ford is still very keen on keeping the wraps firmly tightened around the production Ford Bronco, but the company has given eager fans of the iconic nameplate something extra to chew on with the unveiling of the Bronco R Baja racer.

Designed to tackle the upcoming Baja 1000 desert race, the revived model will also help celebrate the 50th anniversary of Rob Hall’s Baja 1000 victory in a first gen Bronco based entry. As another nod to the past, Hall’s granddaughter Shelby Hall will drive it during portions of the grueling race. Before all that happens though, Ford will take the Bronco R to the Baja Peninsula itself, where the rig will undergo a 1,000 mile torture test to ensure it is indeed ready to nab a spot on the podium. The preview here is admittedly limited, but we do get to see the Bronco’s chassis for the first time, with the R riding on a modified version of the platform.

A revamped off-road suspension system allows up to 14-inches of travel in the front, and 18-inches in the rear. A set of meaty 37-inch BFGoodrich off-road tires are shod to 17-inch beadlock capable aluminium wheels. The bodywork is largely race spec, but the blocky shape and even some of its chunky profile is evident, which should be good news for Bronco fans. A removable panel allows occupants to enter and exit out the roof if necessary, while fifteen LED lightbars (including one in the Bronco script) help light the way at night during the nocturnal sections of the race.

Ford did not specify what exactly is under the hood, with the car giant only saying it’s a twin-turbocharged unit. However, based on what we already know about the Bronco, there is a strong chance that the 2.7 liter EcoBoost V6 could be lurking underneath its race ready styling. The interior of the single seat cabin is very spartan, but a thick steering wheel greets the drivers hands and a giant screen in the center stack is responsible for instrument read outs and other crucial items of information. A large control panel underneath it allows the driver to control a wide swath of features, and is lined up ergonomically close for quick access. While the production version of the Bronco will come with significantly more interior equipment, it’s good to know that the driver will still be relatively comfortable.

Ford began development of the racer back in July, and like the Ford GT supercar, managed to keep it a secret from prying eyes by assigning it to a small team of engineers that labored tirelessly in the basement of Ford’s design center. As for the production Bronco, Ford will be unveiling it in the Spring of 2020, and we hope to have more information in the weeks and months leading up to its eventual debut.