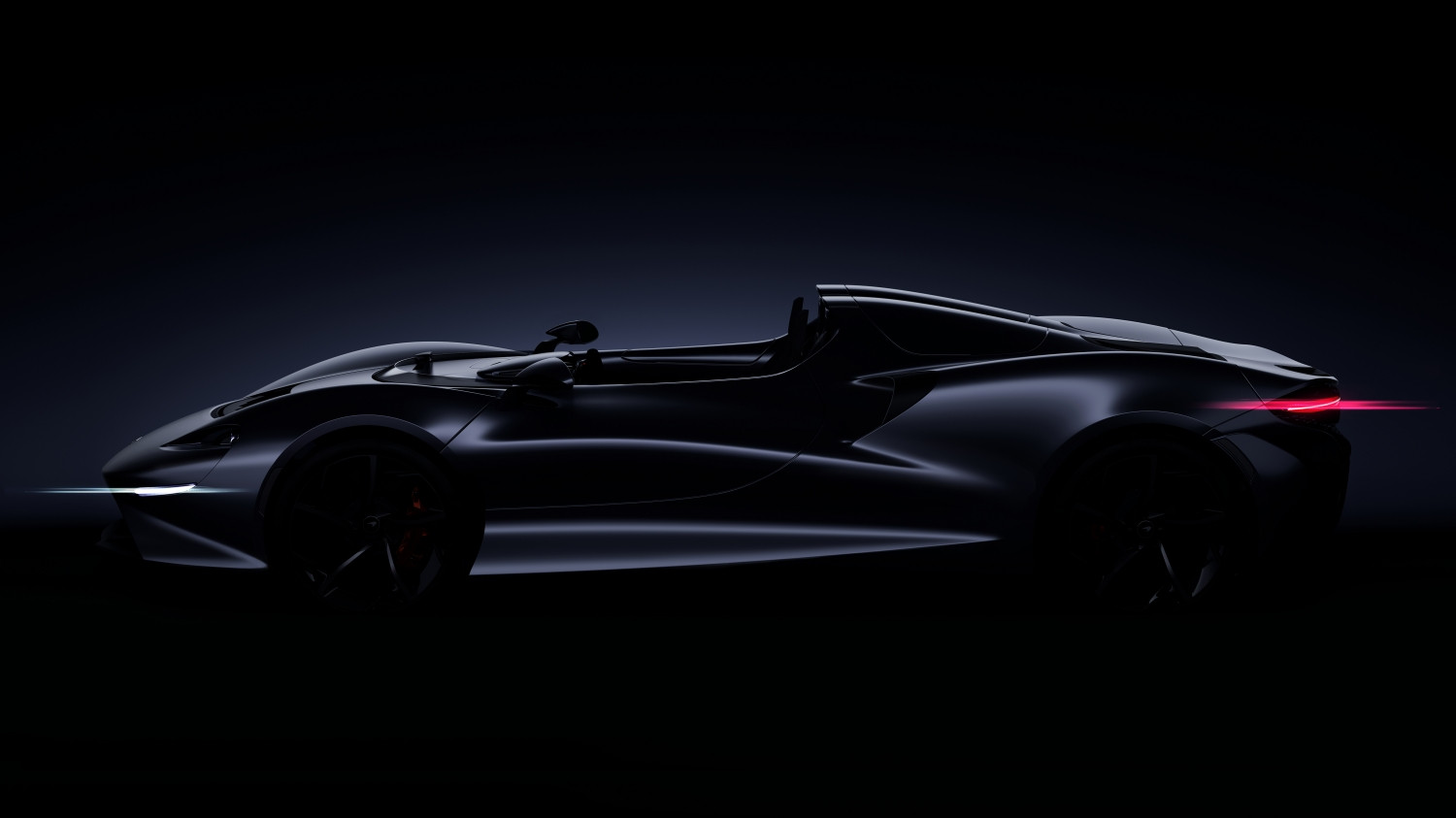 For awhile, rumors swirled that McLaren was working on something distinctly special, a speedster that would reignite the fires of desire in the hearts of McLaren enthusiasts. We are pleased to report that the rumors are indeed true, and the British supercar maker has formally released the first teaser image of this roofless wonder ahead of its debut at Monterey Car Week.

The lone teaser image is as you would expect, darkened to hide crucial details of its design, but despite McLaren’s best efforts, some elements do make themselves apparent. For instance, the speedster features a very striking design language that incorporates a number of curved lines. These sleek eye catchers lead observers down the full length of the body, while the low slung pointed nose rises up to a comically small windshield that strongly encourages drivers to wear goggles to avoid errant bugs and road debris. The rear view mirror is just as small, and certainly appears to not offer a very good view behind the giant rear nacelles. McLaren did confirm that the Speedester will utilize the brand’s famed dihedral doors for entry and exit out of the car.

The teaser also reveals a hood vent that could assist in managing airflow over the car. This could also reduce turbulence over the car, which in turn can help make the cabin a more comfortable place to spend time in. McLaren is not saying much about the Speedster’s performance figures, but it is known that a version of the company’s twin-turbocharged V8 will be used in the Speedster. The removal of the roof and the copious amounts of carbon fiber will make this the lightest McLaren offering yet. The British firm revealed that a key point of the Speedster is to create the pinnacle of on-road driving pleasure, and to also provide “an unrivaled sense of driver connection with the surrounding enviroment.”

At the moment, “Speedster” is only a tenative name for the vehicle, with McLaren still trying to figure out what it will ultimately be named. That aside, it is known that deliveries will begin in late 2020, with the company only producing 399 examples before all is said and done. Pricing is expected to fill a gap between the $958,966 Senna and the far pricier McLaren Speedtail. The company is taking pre-orders during Monterey Car Week, so look for some of the wealthy attendees that flock there to fill up a sizable portion of the order sheet very quickly.