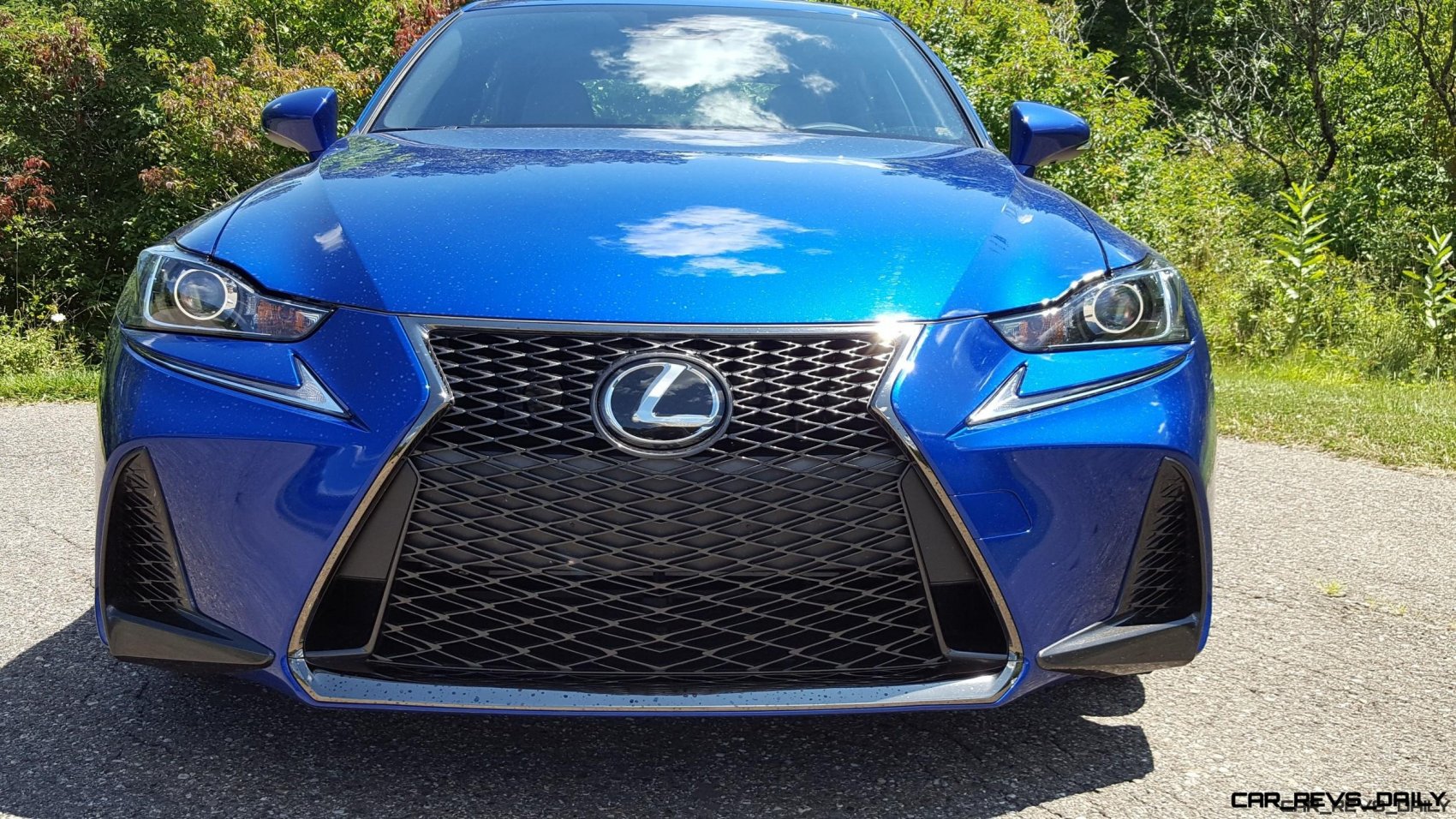 In an ever-evolving automotive world, the one segment that has always remained a hotly contested battleground (even in the current resurgence of SUV/CUV sales) is the entry level luxury sports sedan segment.

It used to be a kingdom long ruled by the benchmark BMW 3-Series, but over the past few years outright anarchy has taken place, with more automakers making sport sedan entries that either match up to the venerable 3, or in a few instances, outclass it in a truly compelling challenge to the sales throne.

Lexus has traditionally played second fiddle to the 3-Series with its contender, the IS. But can the 2017 IS still stand out against this vast sea of competitors, or has it fallen behind its peers?

To find out we pitted it against the established benchmark of the segment (the BMW 3-Series) as well as a relative newcomer to the segment (the Cadillac ATS) to see how this international three way fight plays out.

Speaking of the 3-Series, it also leads off this installment of Marketplace Comparisons when equipped in 340i guise with the M Sport design line. While this iteration of 3-Series has lost some of the simpler elements that made the E90 3-Series a hit with buyers, it certainly tries to mask this perceived deficit by offering new levels of poise and refinement.

This includes more power from its 3.0 liter TwinPower turbocharged inline six-cylinder which now produces 320 horsepower and a healthy 330 lb-ft of torque. In contrast, the IS has more displacement, but only produces 306 horsepower, and also lacks a turbocharger.

The latter omission truly shows in straight line acceleration where the 340i has more of its muscle available at 1,380 rpm versus the lofty 4,800 rpm needed for the Lexus to reach the bulk of its power. Both models offer 8-speed automatics, but the Bimmer squeaks out a win in this category by offering an optional 6-speed manual to enhance the experience further versus the automatic only IS.

The 340i also offers slicker exterior styling with more refined lines as well as sporty elements when equipped with the M Sport package. In contrast, the F-Sport equipped IS350 opts for a more aggressive suit of clothes, and the end result is a mixed bag.

The front fascia is very handsome with slick looking headlights as well as a muscular hood that ups its visual mojo. The spindle style front grille is also present, but unlike other Lexus models, the IS actually manages to makes it work, and the grille looks cohesive when viewed with the rest of the front of the car.

It’s a pity that the styling falls apart at the rear of the car, where the garish tail lights and the frumpy bumper really detract from the car’s bold swagger.

The interior also falls a step behind too, but this is mainly due to the mouse like contraption that controls the IS’s infotainment system. As mentioned in other encounters with Lexus products, we hope that Lexus will pitch this gimmicky and frustrating setup, and embrace a more conventional solution.

We also like the IS’s digital tachometer which gets its inspiration from the LFA, and looks cool especially in Sport + mode. As for the 340i, we wish it could have the F-Sport’s supportive thrones, as well as more steering feel when pushing it hard. Lastly, the IS leads the way in pricing, with our Ultrasonic Blue Mica hued tester starting at $41,370 before topping out at $50,174 with options. The 340i in M Sport guise has a starting price of $48,950, with options easily driving the price beyond $50,000.

While the BMW may still hold a strong foothold in broader customer perception, the IS is still a tempting piece of bait for budget minded enthusiasts looking for swagger and distinctive style in their sport sedan purchase.

Wheras the 3-Series represents the best that the Germans have to offer, the Cadillac ATS is the most potent entry fielded by the domestic big three. When the ATS first arrived on the scene, it was designed to give Cadillac a true luxury sports sedan contender, while also purging buyers thoughts of not only the ill fated Catera, but also the infamously bad Cimarron.

While the 2017 ATS is certainly a better offering than those two duds, it still manages to fall behind the Lexus in several key areas.

Before we get to that, lets focus on a category that the ATS wins outright, performance. Like the IS350, the Premium Performance package grade ATS features a naturally aspirated V6 engine, but slightly bigger displacement as well as other tweaks allow the Caddy to produce 335 horsepower which allows it to enjoy a 29 horsepower advantage over the 3.5 liter in the Lexus.

Both cars wield 8-speed automatics, and both can dance with the best of them when pushed hard, especially in a slalom course. However, the ATS has a race oriented V-Series model wheras the IS lacks a proper range topper with the V8 powered IS-F sent out to pasture years ago.

However, once one looks at the finer details, the ATS starts to show its true colors. Wheras the IS350 F-Sport exudes machismo, the ATS looks way too plain for its own good even with this package equipped. The front fascia is clean, and follows the Art & Science design language with gusto.

But it lacks the same visual punch that many of its rivals have, and it results in the ATS blending into its surroundings, versus standing out in any noticeable way (V-model excluded.) The rear fascia is also very plain, but mercifully avoids the over-sized tail lights that adorn the IS.

Both cars feature odd infotainment choices, but wheras the IS is shackled only by the awkward mouse controller for feature selection, the ATS and its CUE system manage to make the entire tech experience outright frustrating.

The screen does a good job delivering a crisp vivid display, but the system can have laggy responses to inputs, while the touch sensitive controls can be hard to operate when the car is in motion. The ATS’s focus on luxury also prevents it from having comparable seats to the Lexus, though they are comfortable, and are still good places to sit on long drives. Interior plastics also lag behind the Lexus, but the ATS still packs plenty of standard features including satellite radio, rearview camera, as well as GM’s Teen Driver Technology.

Like the BMW, the ATS in Premium Performance guise has a higher base price of $47,990 with well equipped examples surpassing $50,000 when equipped with various optional extras. While the ATS still waves the red white and blue proudly, its aging hardware as well as its electrical quirks make it fall behind the competition, with low sales numbers showing the full extent of its woes.

While the luxury sport sedan segment is a battleground that is consistently evolving via new technology as well as new contenders, sales here are crucial for the success of their respective brands, and choosing between our contenders (or any other sport sedan offering) will depend on buyer expectation and tastes.

The BMW is the grizzled veteran that delivers consistent thrills and heritage but in a distinctively German wrapper. The ATS is the classic scrappy underdog, and while it offers some good traits, we think it still needs a bit more polish to truly be a solid all rounder.

As for IS’s like our tester, they represent an intriguing option that offers relative flexibility both in terms of models, and pricing structure.

However, we hope that the return of a true range topping IS as well as tweaks to its exterior and interior packaging, can help it become even more of a threat, especially when the next generation model eventually arrives.