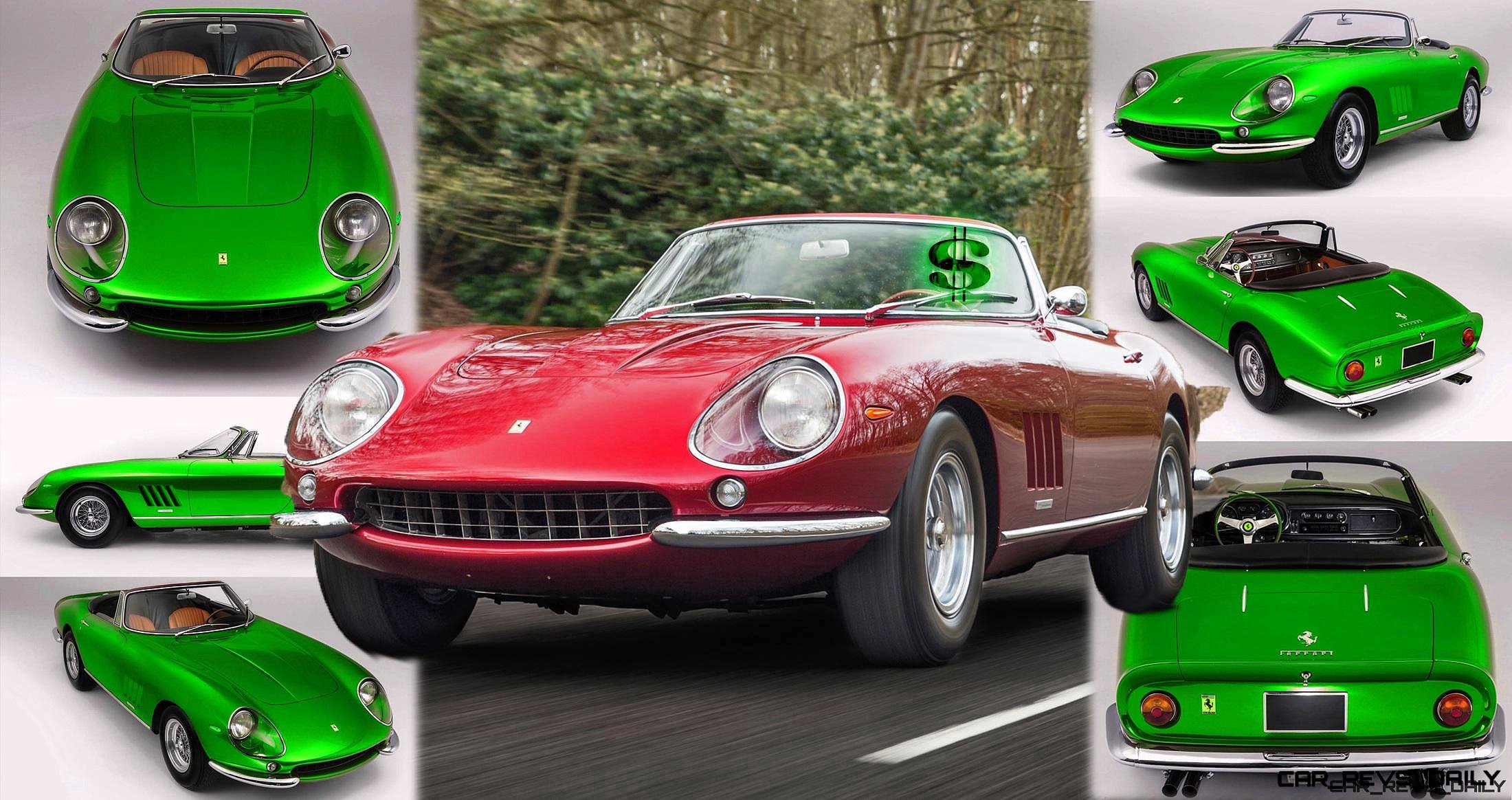 This Ferrari tops the estimate lists of the upcoming RM Sotheby’s auction in Monaco next month.  The experts predict a total of about 20-million Euros, which comes to about $23-million in US monies.

The scale and performance of this V12 icon are remarkably close to a 2016 MX-5 Mazda Miata.  So we thought it would be fun to show how much each costs per pound.  The results are shocking, to say the least.

First off, the Miata is about 12 bucks a pound.  It weighs 100 pounds more than the Ferrari, but costs only about $28k in total.

The multiplier between the two per-pound prices is even more astounding.  The Ferrari costs a staggering 115000X more than the humble Miata.

Might we suggest they throw an MX-5 in with the Ferrari sale to the lucky buyer?  It is certainly affordable!  In fact, you could have almost a thousand MX-5 mares for the price of this one thoroughbred.

Not half bad for what we consider an E-Type knockoff from Ferrari….

Tallpapers & Colorizer Drafts (Please do not repaint original; will wipe 20-percent of value away:)