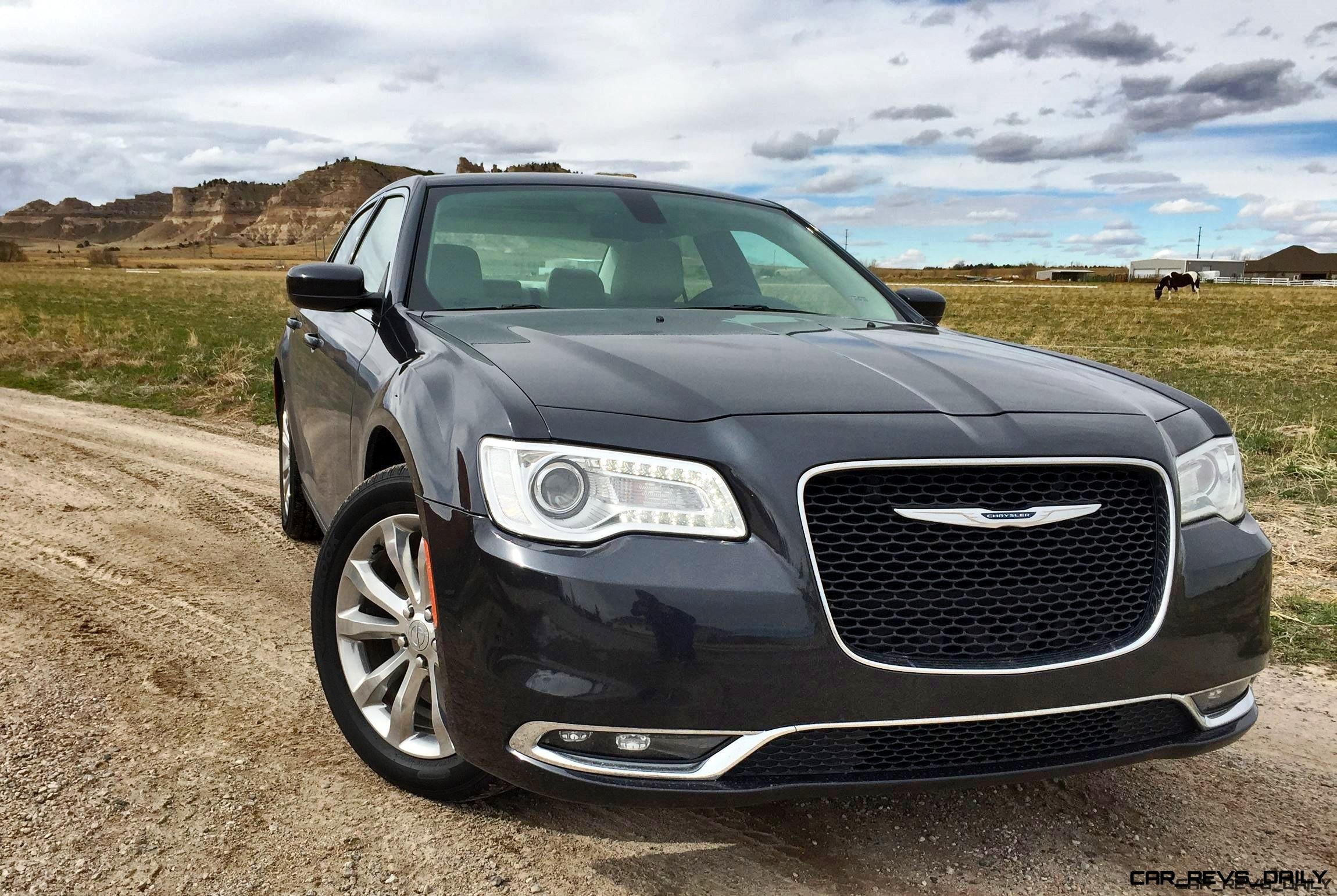 Celebrating its 90th year of production, the 2016 Chrysler 300 Limited AWD could just be the best value ever offered in the large sedan. Our test model came in at just under $40k and it is LOADED.

For the 2016 Chrysler 300 90th Anniversary Edition, there is more standard equipment than ever offered before. For example, the Limited edition comes standard with an 8.4” Uconnect system with navigation, SiriusXM Traffic and Travel Link, plus a spectacular dual-pane sunroof and unique commemorative appointments. Chrysler says the Limited edition is the most “well-appointed 300 ever.”

Besides loading up on features, the 2016 model has also undergone improvements to its on-road handling with the touring-tuned suspension now standard on the Limited model. This suspension is a much needed improvement and really improves the ride quality from just OK to superb. It now drives more like an older Cadillac.

Powering the large sedan is a Pentastar 3.6L V6 with an 8-speed automatic transmission with a rotary select dial. This powertrain idly suits the larger sedan without feeling overwhelmed. It isn’t a sporty car though and those looking for more performance should check out the 300s edition with more performance featured improvements.

Inside the cabin, the 300 Limited feels more luxurious than its $38,385 price tag leads you to believe. The seats are comfortable and cushiony while the interior design is laid out in such a way to accommodate all body shapes withouta long reach buttons/knobs. Also, the many little touches throughout the cabin along with the gigantic dual-pane sunroof add to the more expensive car feeling.

The exterior has the iconic town car like styling and it cuts a sharp image on the front. Unfortunately, this styling falls flat in the rear with its rather dull look.

Also, the cargo storage area is actually quite poor for such a large vehicle with the trunk being both squeezed for room and tilted in such a way making carrying items a bit of a hassle. One would expect this vehicle to have a large trunk, yet this is a compromise with the second-row seating having a large amount of legroom. For 300 shoppers, they will need to weigh the pros and cons of rear legroom over cargo space.

Another surprising item is the fuel economy. Chrysler says this car is EPA estimated at 18/27/21 city/highway/combined fuel economy and the 27 highway is best-in-class V6.

Overall, the 2016 Chrysler 300 is loaded with features, offers an improved suspension, great highway fuel economy and a really low price for these features. It would be a great around town family or business car with the only caveat being trunk storage. If you are OK with less cargo room in exchange for greater rear legroom, this sedan is hard to beat.