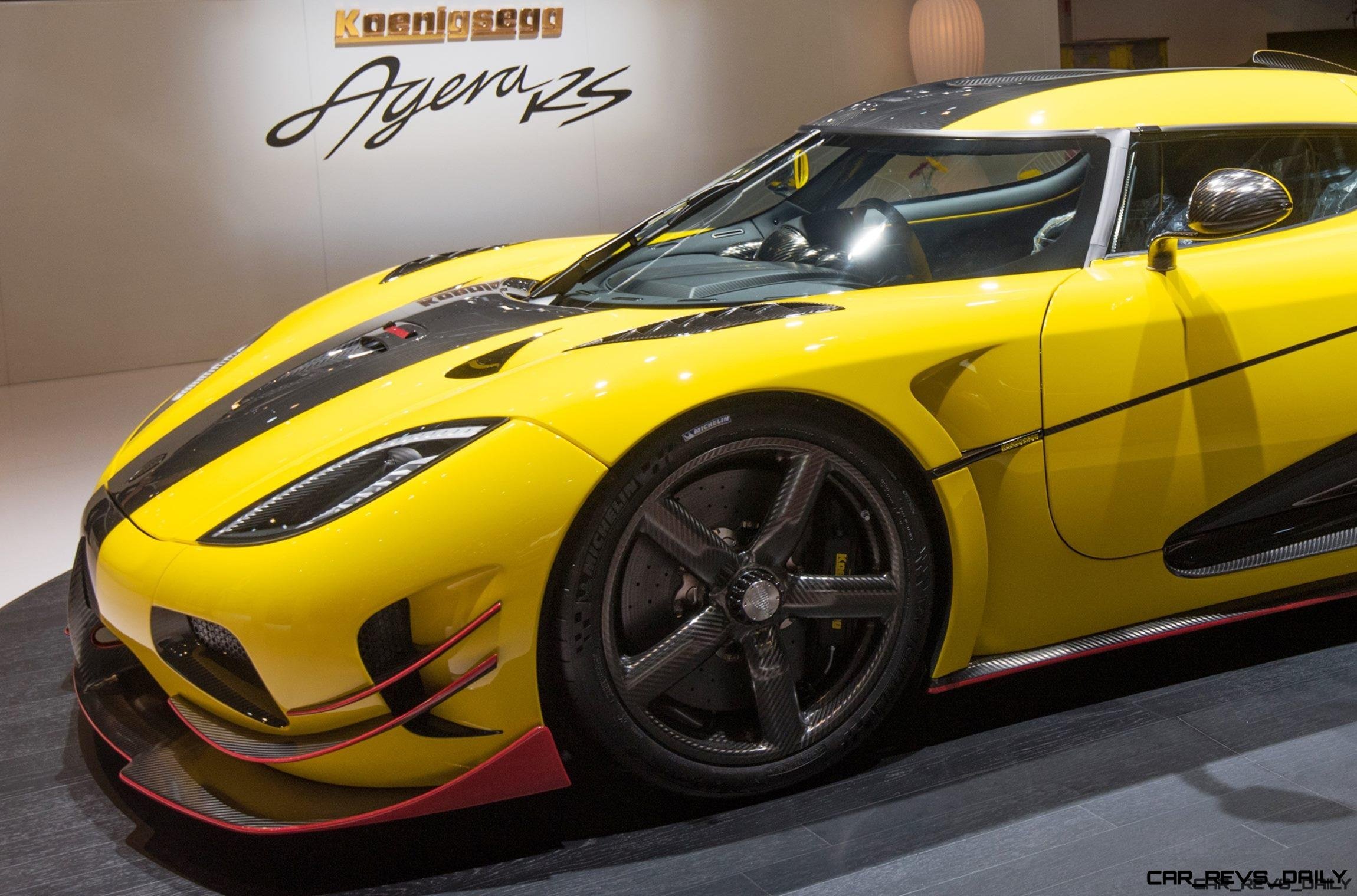 The fun never runs out with the ultra-light and USA-legal Agera!

These last specials of the RS and Agera Final, and Agera One of 1 are all pre-sold.  THey are still a fantastic showcase of a marque-defining hypercar.

The Agera Final models are promised for a late 2017 delivery.

Even so, we see great things in the future for any Koenigsegg! Koenigsegg Automotive AB is pleased to announce the creation of a new, completely bespoke limited edition called “Agera Final”. This series will be limited to just three vehicles, which will be the last of the Agera model line.

All three vehicles were sold prior to their announcement at the 2016 Geneva Motor Show.

As its name suggests, the “One of 1” is a unique vehicle that will never be duplicated. It features the following unique, customized and upgraded elements:

The Agera Final program has been designed specifically with a view to optimizing the vehicle for the customer’s desired purpose.  In the case of the “One of 1”, the customer wanted an Agera that would be as close to a One:1 as possible in performance terms, while retaining the roof window, stowable roof and full luggage space.

The Koenigsegg One:1 featured front air vents and a top-mounted air intake that were significant in increasing downforce and performance but took away the ability to store the removable roof in the front of the car.  Koenigsegg designers worked directly with the owner of the “One of 1” to overcome this compromise and deliver a solution that maintains our unique roof and luggage storage system while still adding aerodynamic and performance benefits.

A new double-blade rear wing, air intake, front splitter, side skirts, venturi and triple-front winglets were all designed specifically for the “One of 1” using computational fluid dynamics to optimize downforce and maintain a fully functional luggage area at the front of the car.

This solution involved customized design, tooling and fabrication of one-off parts that will only be used on the “One of 1” – a truly bespoke approach to create a Koenigsegg that will never be duplicated.

It is fitting, then, that the Agera Final models not only receive bespoke aerodynamic treatments, but also have full access to the Koenigsegg equipment list, with all options available as standard equipment at no extra cost.

Popular options, now available as standard on the Agera Final, include:

A finale worthy of an ovation

The Agera range has consolidated Koenigsegg’s reputation for building the ultimate in performance vehicles ever since its launch in 2010.

Agera Final models will be built for delivery towards the end of 2017.