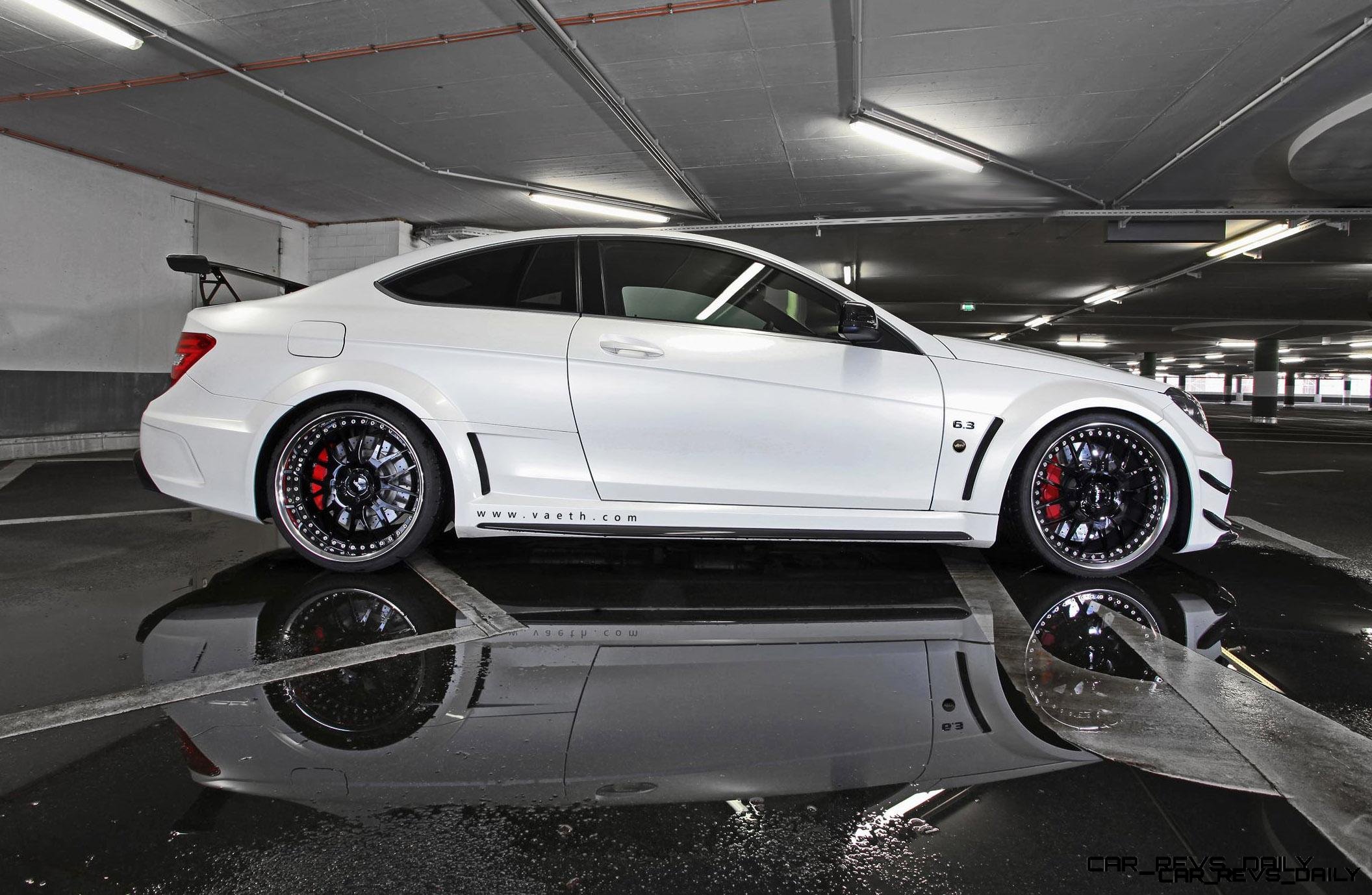 To bump the twin-turbo V6 of the new C63-S up to its max output of 680HP so far, the outlay for buyers is about $10k.  A jump of at least 170 horsepower via only a half-dozen mechanical upgrades, an ECU reflash and big brake kit?  The 2016 makes it look so easy.

But the previous-generation CLK63 AMG Black Series?  That machine was already cranked up to race-baiting for its 517 horsepower.

Adding a giant supercharger takes the CLK63 Black by VATH up to 756 ponies and a scary-fast Vmax of 217-mph.  Also a scary-spice price of about $70k for the pleasure, though.

Even so… Will a rush like that will help you forgive the CLK’s somewhat dated nose look….?

Only one way to find out!