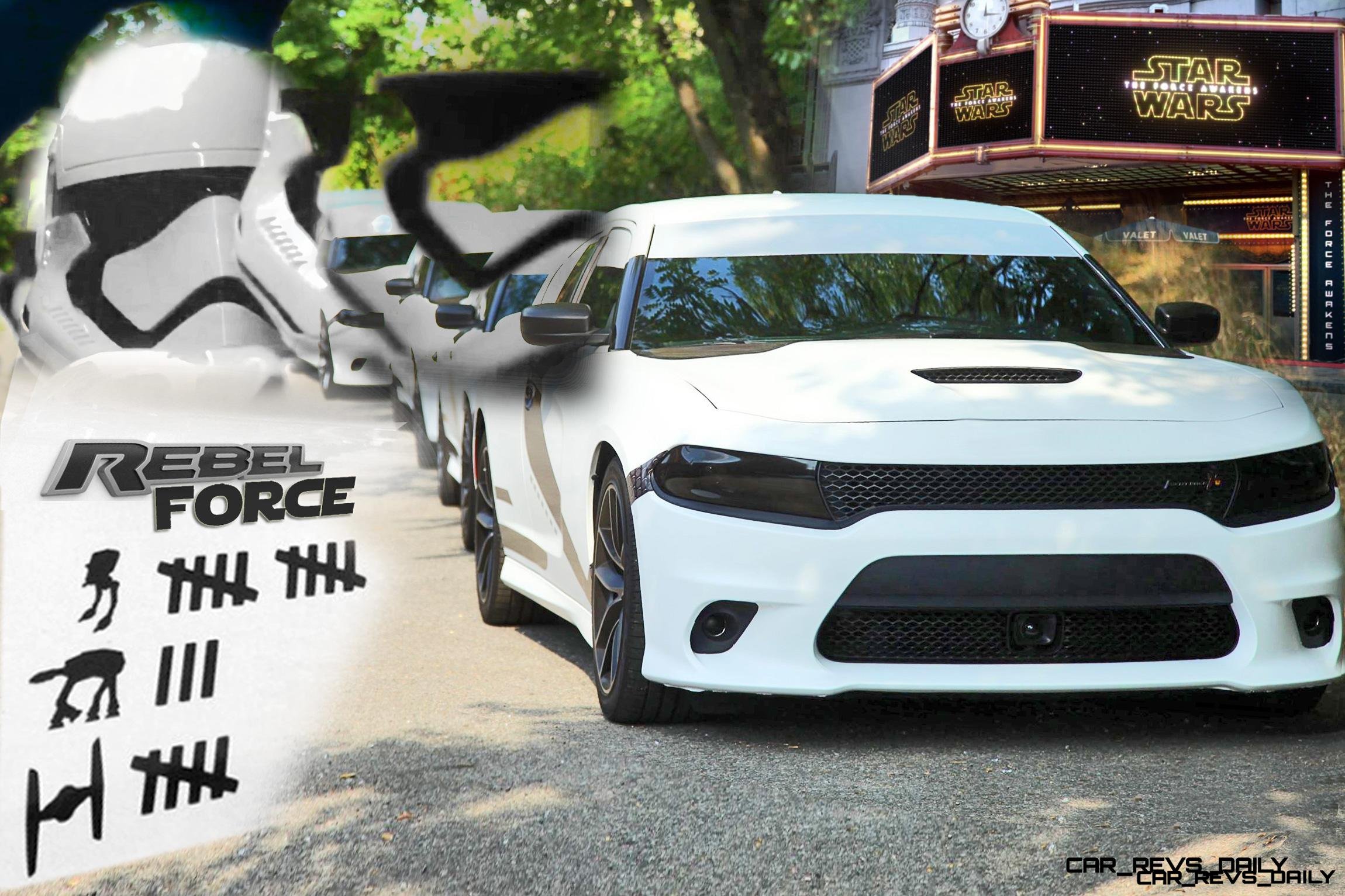 Product placement in movies has evolved radically since Bumblebee Camaro raced back into our hearts — and many driveways — following the 2007 Transformers remake.

In the last 20 years, paid PP was all about screen time and brand impact.  The challenges were to say the name of the product on film and have it be a hero type of character.  Without appearing saccharine.  (Bad examples include Acura and Sony in every Hollywood media program they have ever done.)

For ‘good’ results, it was about showcasing the car organically throughout the film, with real-life displays of prop replicas generally involved in auto shows and premiers — photographed with the stars.  This type of classic brand integration is still the most impactful, in our opinion, and is still a force to be reckoned with in 2015 hits like SPECTRE and sci-ti dramedy Mission Impossible: Rogue Nation for JLR and BMW, respectively.

In the old setup, the brands would pay at every step of the process. Pay to make the cars, pay to have them written into scripts, and pay for the hundreds of prop and stunt cars needed for a big-budget production. STAR WARS: The Force Awakens is a bit unusual, however. Because the story is not earth-bound, actual LTC (label to camera!) orders in normal Hollywood product placement do not fit. Certainly not 2015 cars, unfortunately.

Did Lucasfilm and Disney just hold integrity of the storyline sacrosanct? No paid placement?!

Perhaps. But not really.

The next stage of product placement seems like a sorry runner-up to actually having the cars in the movie… but whatever.

Star Wars 7 is going lifestyle instead: products to sell in the real world, dusted with just a bit of movie magic and brand association.

Fiat Chrysler Automobiles is one of 7 — get it? — title sponsors of the film worldwide.  And most of the spend in this new branded content universe is not on stunt cars or concepts — it is about co-marketing. In order to participate in the deals, the brands — which also include Covergirl & Max Factor, Duracell, General Mills, Hewlett Packard, Subway and Verizon — are required to shell out major cash on TV spots.   You know the ones: they start as movie action, end as sales promo.

Or go experiential: like Dodge has done with HotWheels and Uber in Manhattan, and solo this weekend in Ellay.

All in, co-promo can bump the global marketing budget of the any film dramatically.  An estimated $10MM buy-in for USA partners ups Star Wars share-of-voice in the ad marketplace and is win-win.  This new strategy omits on-screen appearances in favor of tapping into the superfans.

And these fans have money to spend!  The big seven sponsors above, of course, do not include the hundreds of merchandise partnerships.

To make this new Co-Promo strategy work, you have to be more clever.

Dodge is taking the iconic, intimidating and future-sexy style of the new Storm Troopers to dress up the Charger and Challenger Hellcats, while the new ACR Viper dons an artful villain motif like Kylo Ren’s getup in the movie.

The marketing force is in effect this weekend in LA: a trio of Dodge Star Wars cars are cruising tourist hotspots, posing for pictures and revving the evil empires under their hoods!

Does post-modern product placement pay out, in terms of sales?  FCA is about to find out: all its global brands and regions are on-board for a heavy push for the new film, debuting December 17th.   Part of the strategy here, by the way, is simply locking other car brands out of the franchise. A doubtless multi-movie contract for FCA makes them the exclusive automotive partner.  But for what?  The cost/benefit equation is heavily in Star Wars favor over its global brand partners.  Regardless, being part of a big movie event is special and being celebrated with Force TV spots for all the big FCA brands.

In the US, the first five ads are ready for the car-buyer mindshare battle below.

All quiet on set!

Will this pay out for Dodge?  Will RAM replace its awful voiceover grandpa with James Earl Jones — the original megavillain behind the mask?   Watch this space.

December 11, 2015 , Los Angeles – The weekend before “Star Wars: The Force Awakens” opens in theaters worldwide, Dodge is taking to the streets of greater Los Angeles with a team of specially wrapped Dodge vehicles to give fans the opportunity to take photos and videos with them.

Star Wars and Dodge fans can track vehicle locations in real time on Twitter, using the hashtags #Dodge and #TheForceAwakens, and see the brand’s daily fan favorites on the Dodge Facebook and Instagram pages.

Dodge is launching the weekend promotion in celebration of the upcoming release of “Star Wars: The Force Awakens,” in theaters worldwide December 18.

Lucasfilm first announced in August that it was collaborating with FCA US and six other global brands to promote “Star Wars: The Force Awakens.” In November, the FIAT brand displayed a custom-painted Fiat 500e Stormtrooper, inspired by the armor of the First Order Legion, at the L.A. Auto Show.

Seven 30-second co-branded television spots were created to run in North America (U.S., Canada and Mexico), Argentina and Brazil, with individual countries deciding which spots they will air. Each ad includes various creative elements from the movie – images, music and/or sound design – interspersed with footage of Chrysler, Dodge, Jeep®, Ram or FIAT vehicles specific to those sold in countries airing the spots. Additional spots will be rolled out in countries throughout the FCA EMEA region (Europe, Middle East, Africa).

Five of the seven spots can be viewed on the individual brand YouTube pages:

“Having our brands be part of the global conversation surrounding one of the most anticipated movies in recent years provides remarkable worldwide exposure for our Chrysler, Jeep, Dodge, Ram and FIAT brands,” said Olivier Francois, Chief Marketing Officer, FCA – Global. “Collaborating with Disney and Lucasfilm on ‘Star Wars: The Force Awakens’ once again provides the opportunity to deliver the unexpected  – relevant, entertaining and immediately noticed end-of-the-year Tier 2 commercials true to the individuality of each of our brands and featuring the Star Wars music and sound design known around the world.”

The campaign is targeted to reach a wide demographic of consumers with the commercials airing throughout the United States in primetime, premier NFL and college football programs and programs in all other dayparts. Radio spots and social media extensions will augment the U.S. television campaign.

Lucasfilm first announced in August that it was collaborating with FCA US and six other global brands to promote “Star Wars: The Force Awakens.” In addition to the new marketing campaign, the FIAT brand displayed a custom-painted Fiat 500e Stormtrooper, inspired by the armor of the First Order Legion, at the L.A. Auto Show. In September, Mattel’s Hot Wheels offered Uber riders in New York the once-in-a-lifetime chance to catch a free ride in a custom-wrapped Dodge Charger uniquely styled after a “Star Wars: The Force Awakens” Stormtrooper.

“Star Wars: The Force Awakens” is the latest blockbuster movie alignment for FCA. Other 2015 partnerships include Dodge and “Furious 7” and the Chrysler, Dodge and Ram brands with “The Hunger Games: Mockingjay – Part 2.”

The U.S. spots promote the brand’s year-end sales events, “The Must See Event of the Year,” and close with “See Star Wars: The Force Awakens December 18.” End tag in other countries will vary.