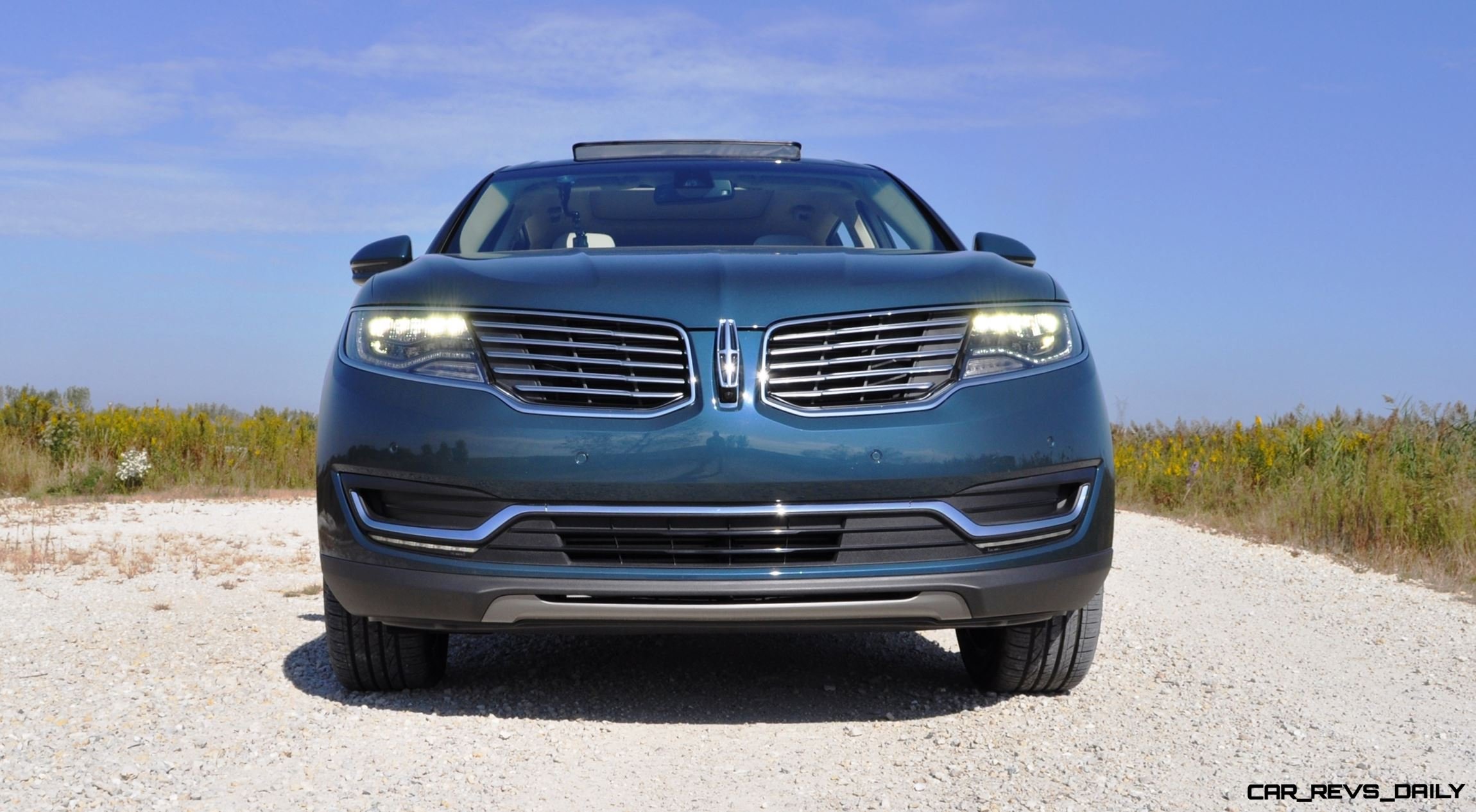 You read it here first!

As one of the only car reviewers to have driven both 2016 models, we are surprised to report that the MKX is the better machine.

What a difference a few years can make! If you had told me in 2005 that Lincoln would be making globally-competitive cars, four SUVs and debuting exclusive tech like the new 3.0-liter V6TT making 400HP in the 2017 MKZ, we would have laughed right in your face.

Sure, Lincolns have been “okay” for a while now – particularly since the brand has kicked its luxury approach into high gear since dropping the venerable Town Car after what felt like a 1000-year reign.

But 2015 and this new MKX marks the start of a new day for Lincoln. A lux day!

Waking up on 1000-thread sheets, rinsing with Frederick Fekkai personal care products, and layering up in imported wool suits so soft, they could be cashmere. Lincoln is at its desk early for the new MKX.

A brief spin in the MKX shows that this new model is not just a competitor for the segment-defining Lexus RX. It is actually far better than the 2016 RX — by numerous measures, both subjective and objective.

For the first time, there is a full Lincoln range that is ready to take on all comers globally — and even WIN!

Most shocking admission?  Car reviewers can “like” cars without actually ever realistically considering a purchase or recommendation for close friends or family.

That was definitely the bucket in which we put a few of the firm’s products over the last half-decade, excluding the Navigator.

For the first time, we could actually see PURCHASING this Lincoln.     !

Huge advances for Lincoln, then.

Included here are 100-plus all-new photos of the MKX in Allure Blue, an HD drive video at the top of this page, plus the full options, features and tech specs of the 2016 MKX near the bottom of the post.

The MKX we drove was the top model, which of course helps endear any vehicle to you with its swanky features and optional upgrades. But even this EcoBoost Reserve model feels quite special, and instantly charms on the road.

A long list of option packs takes the price of the text MKX to $61k, including delivery. For this price tally, your expectations are rightfully pretty high. The MKX delivers on luxury cabin comfort and sense of warmth.

The cabin of the MKX is finally up to premium standards of quietness, comfort and luxury — particularly in this Reserve trim, which included Bridge of Weir leathers, open-pore woods and 22-way power drivers seat with massage functions.

The back seats are also much better this year, comfort wise and in terms of physical space. You are deeply reclined and supported in back, but with massive knee, shoulder and thigh room versus any compact crossover, and many mid-size ones too.

Lacking a third row of seats means the MKX shifts its second row rearward, in classic limo fashion. A jump in cargo room and power-folding seats completes the MKX loveliness behind the driver.

The giant vista moonroof helps the ambiance in back. Only a slightly too-yellow headliner of woven cloth breaks the mood inside this MKX from any seat.  The Black Label fixes this with dark hypersuede wrapping the whole roof… but at a price increase of at least a few grand over the top of this $61k MKX Reserve.

On approach, the MKX looks stunningly new and chic outside. Up to 21-inch alloys are gorgeous, as are the standard HID headlights with LED DRLs lining the lamps and forming horizontal blades in the base of the bumpers.

A cleaner twin-grille design wears horizontal brightwork for its inner elements, looking cool and butch and premium at the same time. This wide flow of the nose extends into the optional full-LED low and highbeams, which make a slim slit of pure white across the top of the nose.

In these photos, the Lincoln cross-hair badge is in its ‘up’ position — letting a camera inside give 360-degree camera visuals inside. Around the profile and front-three-quarter angle, the new MKX is also sporting nicely-integrated form lines above each fender. The nose creases flow naturally from the hood up front, carving fairly deeply into the bodysides. Similar treatment for the rear fenders, which now bulge around the wheels nicely. The top crease element carves a nice shadow into the MKX rear fenders, again helping the MKX feel long and low — particularly so versus the previous MKX and its somewhat stubby tail look.

Giant rear doors are a limo-like nod to premium space in back, while the whole look is tied together nicely in the tail for the first time on any Lincoln.

This tail is the new form language shown most clearly on the Continental concept or the new MKZ sedan, even though the MKZ sticks with its current tail for 2017.

What makes the MKX rump so premium and classy is the balance between rounded lux style, fully integrated LED brake lightbar with ringed edges, and usefully tall tailgate angle.

The MKX looks posh in back, for sure. We love its rounded surfaces and smooth corners. These are a nice blend of the dynamic and chopped glasshouse from the MKC compact crossover and the seriously awkward rear three-quarter angle of the MKT wagon/cross — often sold these days as a livery special, Town Car badging included. The driving position feels great, while the 335-HP of the optional 2.7-liter EcoBoost V6TT pulls hard with a giant lump of 380-pound-feet of torque available instantly on hard throttle.

The Drive Control modes are nice for firming up the cozy and cushy standard ride quality, with a flip to Sport firming the steering and putting this six-speed on notice for rapid kickdowns and fewer upshifts around corners. This six-speed is great an unobtrusive in its action, but perhaps is the one place where the EcoBoost MKX doesn’t beat is RX nemesis from Lexus. The Lexus swaps to an eight-speed auto for 2016, but is down 30HP in its most-powerful RX450h AWD variant versus the top Lincoln MKX.

The standard MKX runs the 3.7-liter V6 engine from the current truck, making 303-horsepower and 278 pound-feet of torque. Both engines have the same EPA mileage ratings: 17/26 city/highway for the FWD versions, and 17/23 for the AWD models.

For the turbo option to be so much faster, with more than 100 extra pound-feet of torque, while having no dent in fuel economy is really impressive.

More so is how nicely the MKX turbo moves on hard throttle. As we see in the video above, the MKX really scoots!  We’d ballpark a 6.8-second sprint to 60-mph, which is pretty rapid versus the Acura MDX and 2016 Lexus RX, both pretty pokey with times of 7.7-seconds or slower.

The MKX feels light and comfortable to drive, with a superb ride quality even on the huge 20-inch wheels of the test truck. The balance is near perfect between steering feel and ease of use, as is the road-holding of the MKX. Soft initial suspension responses firm up admirably around fast corners. All this plus the supreme quietness inside?

Two big thumbs up and a smile for the MKX after any drive.  Isolated, posh and smooth… but also nimble and pretty speedy!

The MKX is a great next step for Lincoln in its global expansion — advancing its core values to existing customers while appealing to newcomers alike.