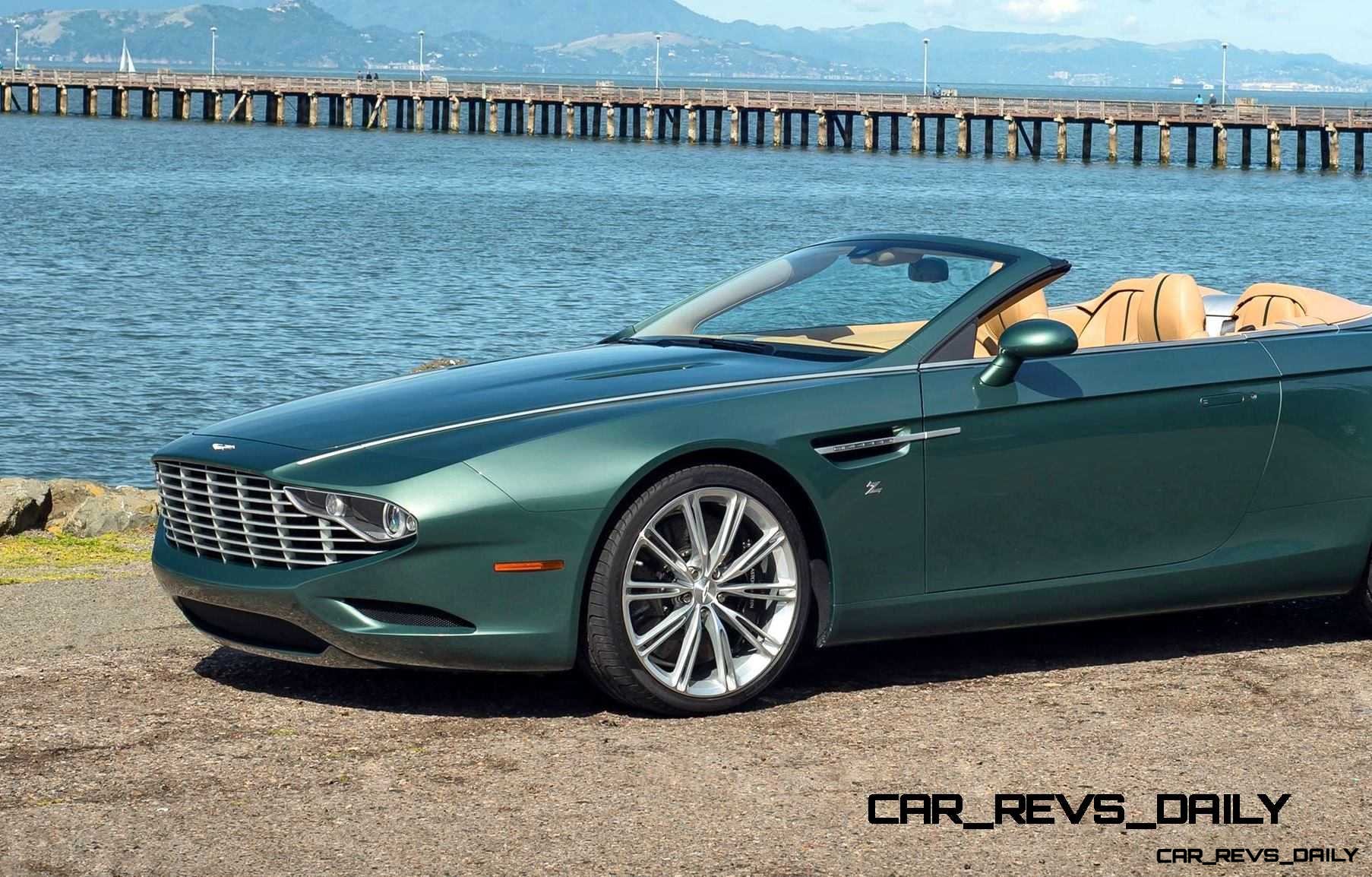 There have been many attempts to drastically alter and update the style of Aston Martin DB9 supercars — many by Aston designers themselves.

The most unrecognizable by far, however, was from Zagato. A DBS Centennial Coupe introduced the shockingly blocky redesign from Zagato, showcasing a full-width vertical grille unlike any production Aston. Not a single panel is shared with the production models, with all-new and uber-formal lines changing the proportions and stance of the Aston from a supercar GT into a super-lux cabrio perfect for Monaco.

The tail of the Zagato DBS Centennial is even more appealing in its unique shapes and lighting than the polarizing nose. Overall, however, the DBS Centennial showcased Zagato’s long-running Aston relationship and the design boutique’s bespoke assembly capabilities.

Following the DBS Zagato coupe, a single Spyder model was created and painted a delicious green. Creating the DBS Centennial Spyder took nearly a year and was based on a US-market DB9 ragtop.

After touring the show circuit and concours events since its creation is 2013, the DBS Centennial is headed for a new home this August. RM Auctions will sell the one-of-a-kind Zagato Aston at its Monterey sale, where we expect the car to bring in around $600,000.

Being road-legal in the US is a major asset for the vehicle, which is still an Aston DB9 as far as the DMV and government is concerned.

Like some of the other Aston restyles, the DBS Centennial reinforces the core, inherent beauty of the DB9 aesthetic. But for this seeking a truly unique expression of Italian design, this Zagato is a priceless addition to any collection.

See the Zagato Centennial models at the Aston 100-year event and Villa d’Este at the below article link! Zagato and Aston Martin have enjoyed a wonderful partnership since the Aston Martin DB4 GT Zagato hit the road 50 years ago, resulting in a number of spectacular models produced between the two. Zagato decided to create their own interpretation on Aston Martin’s current models in an effort to help celebrate Aston Martin’s 100th anniversary in 2013, pushing the brand’s styling in a new direction while honoring some models from Aston Martin’s past.