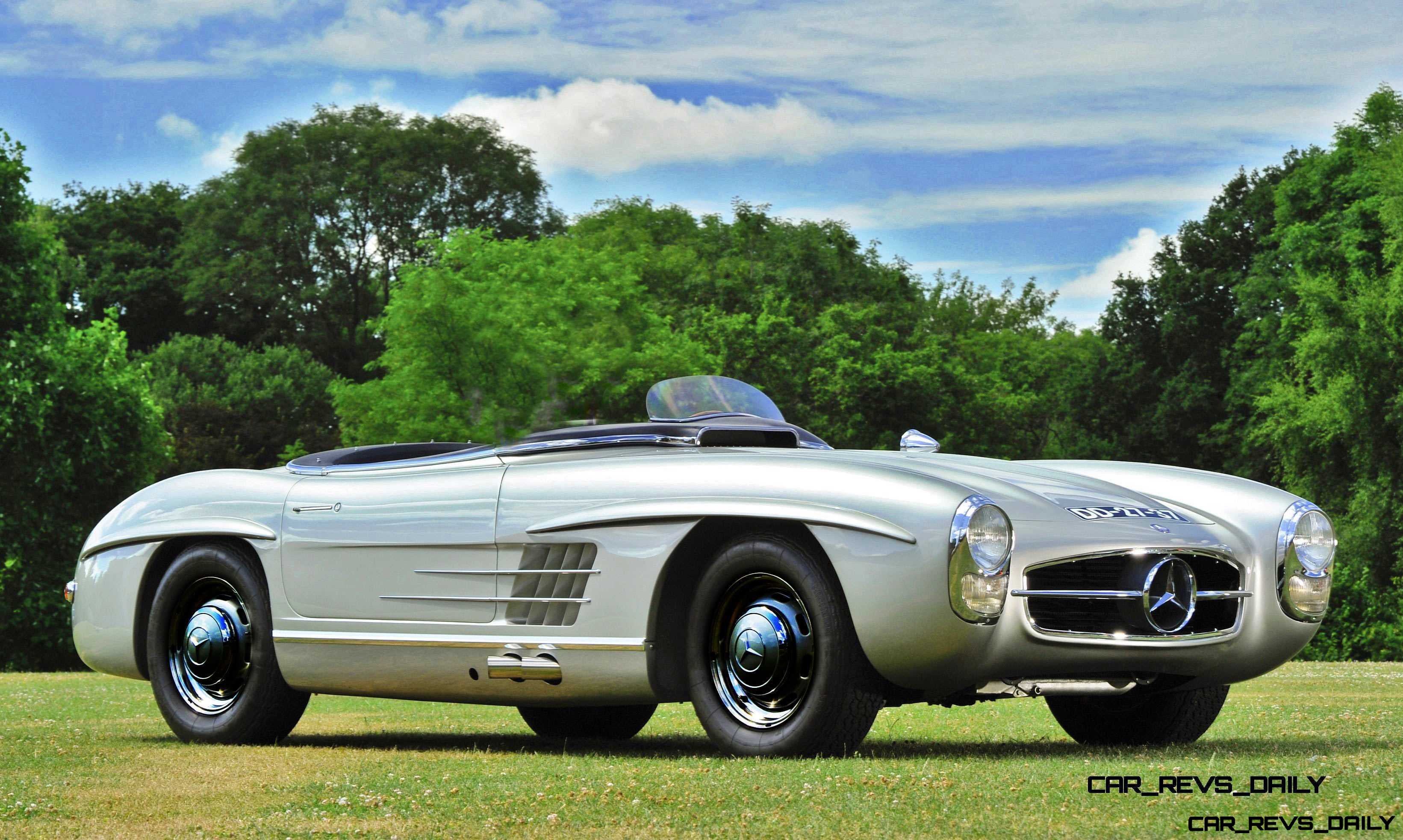 This is a cool one.

As you may know, Mercedes had a spotty record of hanging on to rare classics among the hundreds of models the company has produced. This applies double for the racecars – which are often either lost to track damage or to privateer teams. Either way, gone from the safety of the MB Museum.

Such was the case for a pair of American-commissioned racing overhauls to a pair of 1957 300 SL’s. While Mercedes retired from racing for 1956-forward, the SL was still a plum basis for a race-winning track car. A priciple named Jim O’Shea has SLS Speedsters made of lightweight goodies to up stock speed even more than the factory already had.

This one-off recreation restores the lost O’Shea racing SLS via a painfully-detailed streamlining of the stock vehicle. The goal? A loss of over 500-pounds from the overall curb weight.

Kienle Automobiltechnik in Germany did the 2000-hour job of made an SL into the world’s only existing SLS Racing.

So, how might we make this one-off even more exclusive and appealing to 2015 eyes?

Dropping the roll bar and darkening the wheels in Photoshop shows some cool results for minimal time/money input.

Whilst the Mercedes-Benz 300 SL is often thought of as the ultimate road car of the 1950s, it is important to remember that it was, in fact, a car born and bred directly on the race track. It was Mercedes-Benz’s New York importer, Max Hoffman, who conceived the idea for a road version of the potent W194 300 SL, which would cater towards wealthy, performance-minded enthusiasts. Hoffman successfully convinced the top executives at Mercedes-Benz that a car such as this would sell well in the United States, and the rest is history. As radical and ground breaking as the 300 SL and the Roadster that followed were, the 300 SLS that was campaigned by American racing driver Paul O’Shea took things one step further.
…

The Mercedes-Benz specialists at Kienle Automobiltechnik, in Heimerdingen, Germany, were commissioned to do the conversion, and they spent no less than 2,000 man hours on the job. Engineers carefully shed nearly 250 kilograms from the weight of the original roadster by installing a plethora of custom-built aluminium parts, including an engine block, a radiator, a 120-litre fuel tank, an oil cooler, and lightweight seats, and removing the bumpers, windows, and heater altogether. A small racing windscreen was installed as well, saving even more weight and giving the SLS an even racier look whilst also helping to improve aerodynamics. Finally, a single chrome roll bar was installed behind the driver’s seat. Overall power output was increased by 35 horsepower, giving the car even more incredible performance credentials.

The SLS is in absolutely beautiful condition, sporting silver paint over a dark blue leather interior with matching blue-grey plaid seat inserts. Whilst it is purpose-built for racing, the interior is truly a nice place to be. The beautiful blue dashboard will be familiar to anyone who has spent time in an “ordinary” example of a 300 SL Roadster, and the interior is beautifully trimmed. The gorgeous wood-rimmed steering wheel is inspired by the wheel from the 300 SLR, and it gives the interior a much racier feeling. Few signs of use are apparent, but this car still presents as being fresh from a restoration. A recent mechanical inspection found the drivetrain and its components to be in exemplary condition, with only minor signs of wear. This 300 SLS is, without a doubt, ready to return to the track and the open road.

The SLS offered here today presents a unique opportunity. As a lightened and more powerful version of the most iconic Mercedes-Benz vehicle of all time, this automobile will not only provide for endless fun on the track, but it will also be equally ready to tear up country roads and turn heads whilst doing so. This car is perfect for the racing enthusiast who isn’t afraid of taking an automobile such as this out onto the track to find its limits, just as Paul O’Shea did over 50 years ago.