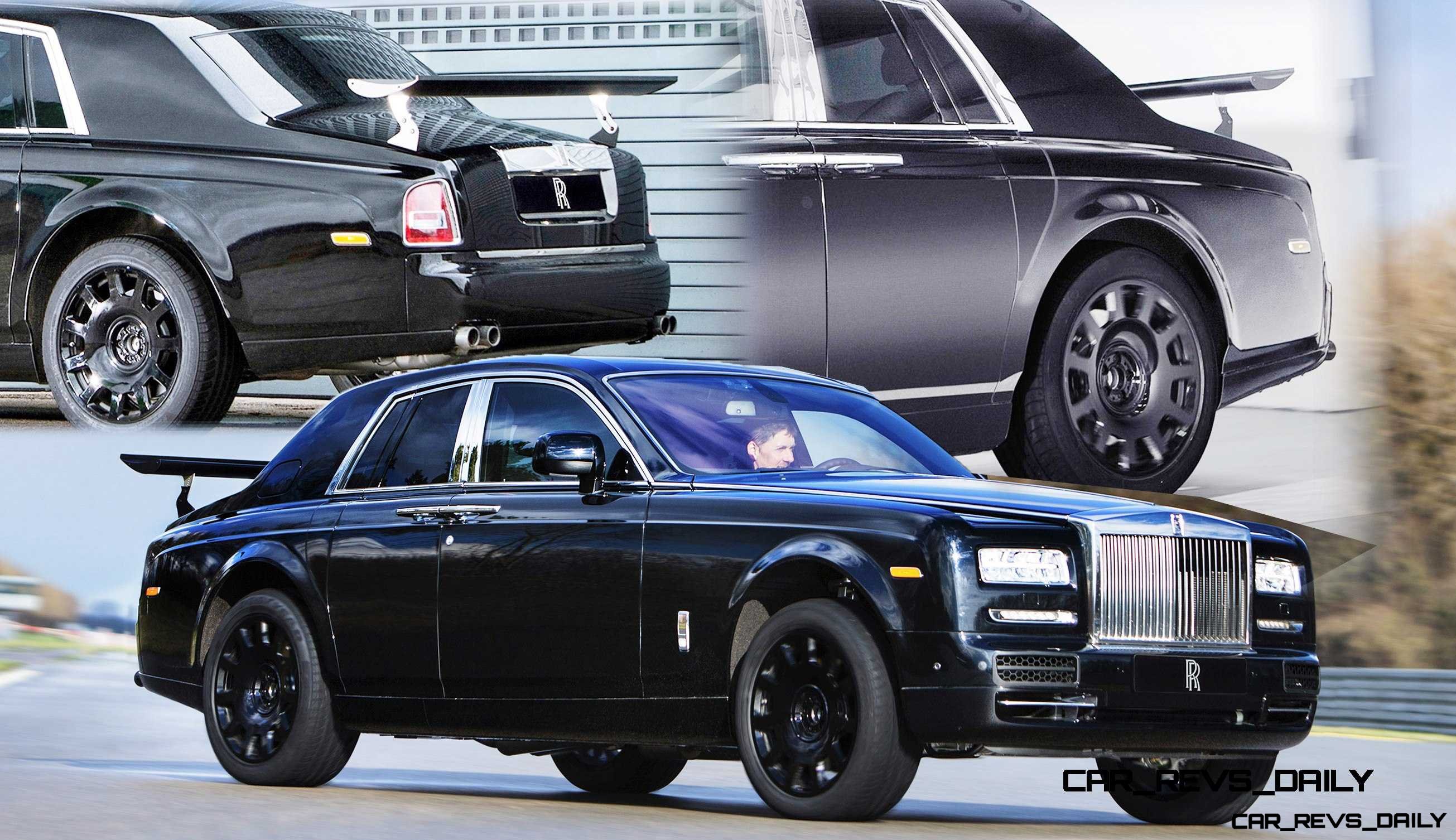 Any fan of the marque knows that Rolls Royce Motor Cars does not approach challenges lightly. These are serious engineering geniuses with a laser focus on delivering the best cars in the world.

As such, the SUV project is a daunting one for the company. It will require completely new solutions for AWD grip and high ground clearance while delivering on the iconic brand traits of magic-carpet smoothness, ISO-tank silence and overall excellence at all times.

#EffortlessEverywhere was the launch hashtag for this huge step in the Rolls-Royce evolution — and they intend to make sure the SUV disappoints no stakeholders. The best way to win over nay-sayers is to deliver a product of such sheer brilliance that it quashes all concerns. Why the long intro!?

You are seeing here the first test mules of the RR SUV development program, a high-riding body-chop for AWD and suspension data collection in real-world driving scenarios. Rolls will make sure it is silent and smooth riding over Belgian pavers, cobblestones, corrugated concrete, noise development and measurement surfaces, resonance road, and speed bumps.

An air suspension is highly likely to deliver 180-mph top speeds by lowering the vehicle dramatically at 100-mph speeds to decrease drag and lift. The test body’s giant spoiler is proof that the RR SUV will be tasked with huge high speed ratings befitting the brand.

Called “Project Cullinan” as a working title, the mule shows the scale of the crossover. The tracks and wheelbase are the only firm elements here: the bodywork is just a throwaway shell. WHAT THE MULES REVEAL

Size-wise, the RR SUV will be wider than the Phantom but with a wheelbase closer to the sporty Wraith.

While production of the RR SUV is still at least 18-months out, seeing any mule in public is usually a fairly late stage in the design and development process. After 3 months of intensive tests, the design and chassis decisions are likely to be frozen and will enter the production engineering stage. For a normal BMW etc, this would mean a production car in showrooms around 15 months later. RR is not normal, though, so stretch that a bit.

We ballpark the RR SUV to arrive in early 2017 as a 2018 model-year, which pricing and scale that is between Ghost and Phantom. As noted before, if the AWD system can deliver flawless Double-R skills, it is likely to feed back into a four-paw grip option for the 2020 Ghost III. In its open letter on 18 February this year, Rolls-Royce Motor Cars gave an undertaking to inform stakeholders of the progress of Project Cullinan. Keeping this promise, Rolls-Royce Motor Cars has today published photographs depicting the first key milestone in the vehicle’s development programme. The photographs are of the first engineering mule, which will be seen on public roads this week.

This early engineering mule, based on a shortened Phantom Series II body, has been created purely to begin the development of an all-wheel drive suspension system that will deliver a ride that will be Effortless … Everywhere. The body may hint at the size of the new car, but it features no design aspects of the eventual high-sided, all-terrain motor car announced by Rolls-Royce Motor Cars in February this year.

The mule rides on the first iteration of an all-new suspension that will assist Rolls-Royce engineers in developing a final all-wheel drive system that delivers Rolls-Royce’s hallmark “magic-carpet” ride not only on the road, but off-road too.

The first series of tests will focus on Project Cullinan’s on-road behaviour from suspension throw to high-bodied stability, and will test the new suspension across all types of international road surface specification at test facilities, as well as on public roads. Test surfaces will include; Belgian Pavé, cobblestones, corrugated concrete, noise development and measurement surfaces, resonance road, and acceleration bumps.

Project Cullinan engineering mules will spend equal amounts of time testing on-road and off-road to ensure that the customer will experience the same unrivalled ride quality on loose surfaces and challenging terrain as they do on the road today.